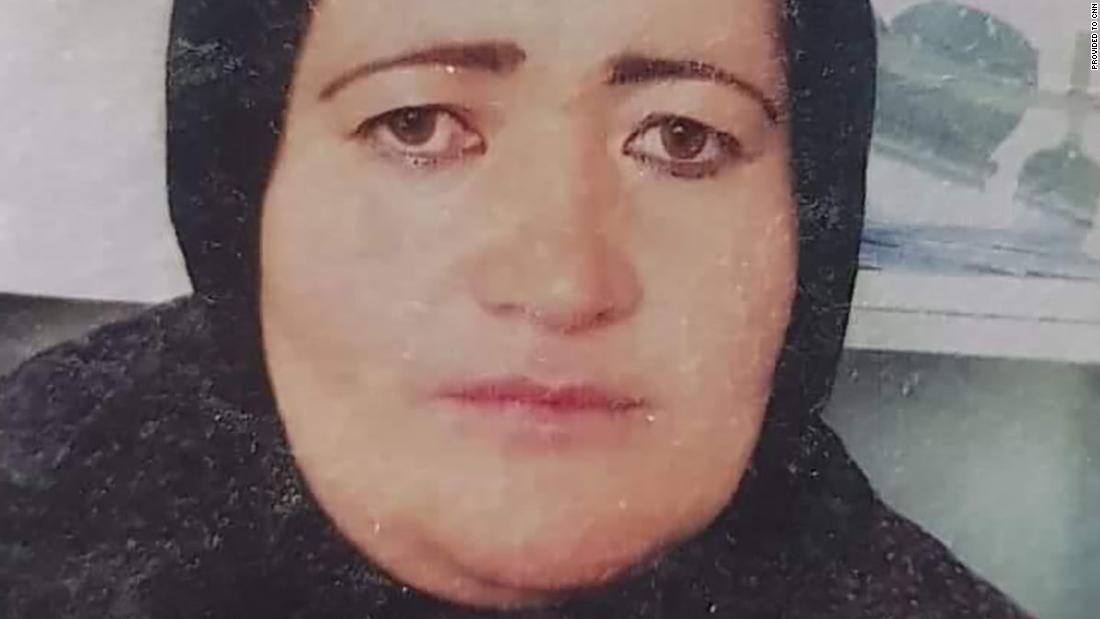 The victim’s full name was Negar Masoomi, her sister told CNN. Her killing was also confirmed to CNN by a local journalist in Ghor, who said she worked in Ghor prison and was eight months pregnant when she died.

The Taliban told CNN they were not involved in her death, but have launched an investigation.

Video obtained by CNN showed her son Mohammad Hanif giving his account of the murder, saying that the Taliban came inside the house where his family lives, then took himself and his brothers outside and tied them up.

“They killed our mother before our eyes. They killed her with a knife,” Hanif said.

Because she was pregnant Hanif said the Taliban carried out two murders and called upon the government to act to find the killers and bring them to justice. If nothing is done, Hanif warned “we might have to take the law into our own hands.”

Bilal Kareemi, a Taliban spokesman, denied the accusations. “She hasn’t been killed by the Mujahideen of the Islamic Emirate, probably it is because of a personal animosity, but we haven’t received the final result of the investigation,” he said.

“Our Mujahideen are busy investigating the incident and we will share with you our final findings as soon as we receive it,” he added.

Taliban leaders have insisted publicly that women will play a prominent role in society in Afghanistan and have access to education.

They are still involved in talks over forming a government, but in recent weeks have signaled women should stay at home, and, in some instances, militants have ordered women to leave their workplaces.

These moves are at odds with the group’s attempt to seem more tolerant, and have instead stoked fears of a return to the harsh policies of Taliban rule two decades ago, when women all but disappeared from public life.

Some Afghan women are already opting to remain indoors as fears mount over their safety, with some families purchasing full-length burqas for female relatives.

Over the weekend, a women’s protest in Kabul was met with violence after Taliban forces prevented the women from marching on to the presidential palace, according to Afghan news network TOLO news, which reported the use of tear gas on protesters.