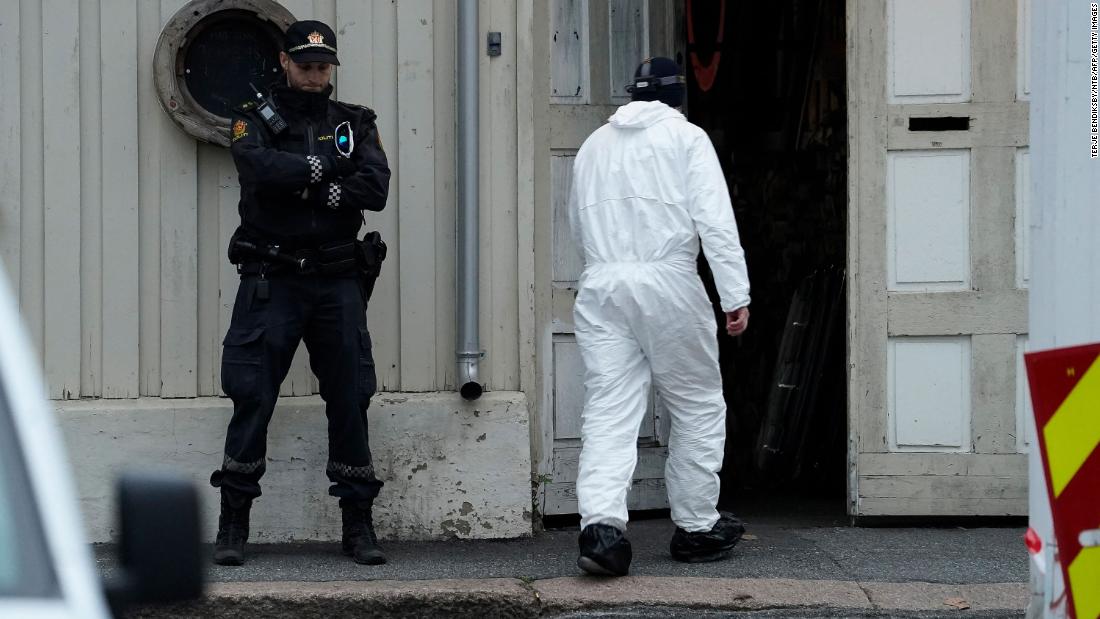 A 37-year-old Danish citizen who was living in Norway has been arrested and charged over the attack but police have not disclosed what charges he is facing.

“The police have previously been in contact with the man, including as a result of previous concerns related to radicalization,” Sæverud said.

Four women and one man were killed in the attack in the town of Kongsberg.

“We have some information about the five people who died. There are four women and a man, no one has been formally identified yet. It will take some time. They are all aged 50 to 70 years,” Sæverud told a news conference.

A timeline of the events Wednesday revealed that only 35 minutes elapsed between the first reports to police of a man shooting with a bow and arrows and the arrest of the suspect.

Norway’s King Harald expressed his sympathies in a short message to the mayor of Kongsberg, saying that “the rest of the nation stands with you.”

“We sympathize with the relatives and injured in the grief and despair,” he said. “And we think of all those affected in Kongsberg who have experienced that their safe local environment suddenly became a dangerous place. It shakes us all when horrible things happen near us, when you least expect it, in the middle of everyday life on the open street.”