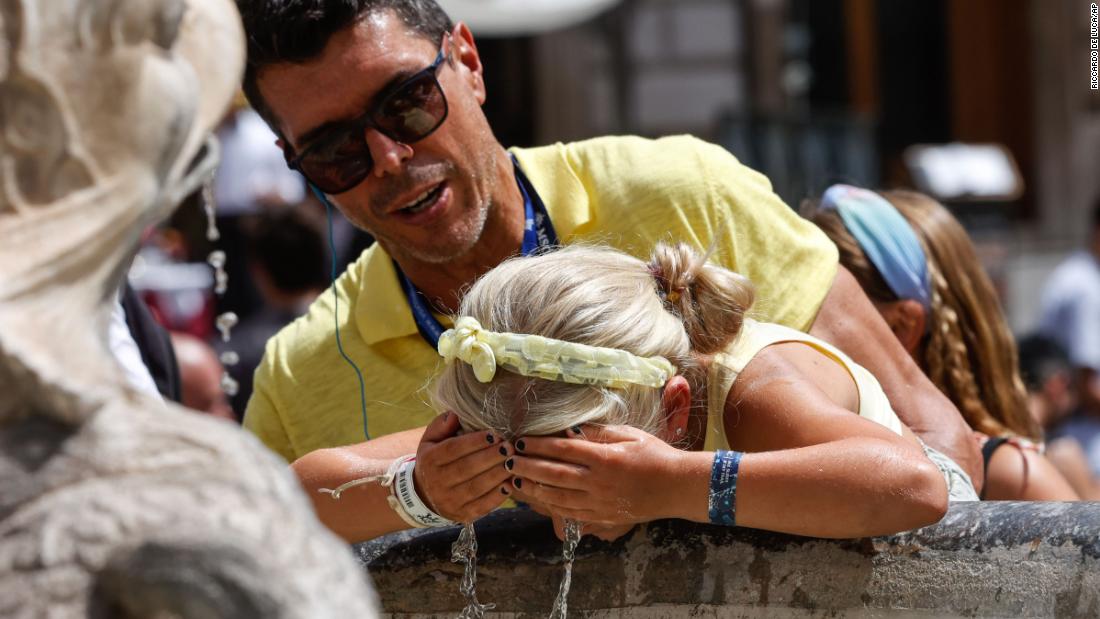 One of the studies finds the number of deaths caused by high temperatures increased by 74% globally between 1980 and 2016. Deaths related to extreme cold increased 31% since 1990, a new report, the first of its kind, finds.

Human-caused climate change — generated by carbon, methane and other greenhouse gas emissions from industry, transportation, and agriculture — has led to a “new normal” with more days of extreme temperatures than in recorded history. The studies published Thursday provide more evidence that both hot and cold extremes can be deadly.

“The papers we publish today provide a strong scientific argument that the health dimensions of heat can no longer be overlooked,” the Lancet, which published the twin studies, said in an editorial.

Heat-related deaths and illnesses are preventable, according to the US Centers for Disease Control and Prevention, and yet more than 600 people in the US alone are killed by extreme heat every year. This year has already seen hundreds of deaths related to an historic heat wave in the US West. By the end of the century, more than half of the global population is projected to be exposed to weeks of dangerous heat every year.

For this new study, the University of Washington researchers examined 64.9 million death records from nine different countries and determined that at least 1.69 million of those deaths could be attributed to extreme temperatures in 2019 alone. About 356,000 were linked to extreme heat and 1.3 million were related to extreme cold temperatures.

These are conservative estimates, they reported in the Lancet, and those numbers will continue to grow as the world experienced more extreme temperatures.

These extreme temperatures can linked to at least 17 causes of death, most related to heart trouble and breathing issues, but these excess temperature related deaths also include suicide, drowning and homicides.

Earlier studies have shown that exposure to extreme heat can also cause mental health issues, problems for pregnant women and poor birth outcomes. The elderly, people with chronic health conditions and children are at the highest risk for heat-related illnesses.

“Our analysis finds that the harmful effects of extreme heat can far exceed those caused by cold in places where it is already hot, such as Southern Asia, the Middle East and many parts of Africa,” said study co-author Dr. Katrin Burkhart, with the Institute of Health Metrics and Evaluation at the University of Washington. “This is very concerning, particularly given that the risk of exposure to high temperatures appears to have been increasing steadily for decades.”

Environmental epidemiologist Tarik Benmarhnia of the University of California, San Diego, said the CDC death numbers only reflect when a death certificate is explicit about heat being a cause of death. He said the new study accounts for the indirect deaths. “What a lot of people don’t get, and what explains why the burden is huge is because heat becomes the, as you say in English, ‘the straw that broke the camel’s back,'” Benmarhnia, who was not involved in the research, told CNN.

“What is most problematic about heat is that this is a sneaky climate issue, because it kills many people, but it is not impressive like a hurricane or something. It’s just happening all the time, so it is sneaky.”

In a separate study, the researchers argue that as people struggle to stay cool, turning to air conditioning is expensive and adds to greenhouse gas emissions. People need more sustainable and affordable cooling options.

Evidence-based cooling strategies, such as battery-driven fans and accessible water to wet clothing to keep people cool, are more widely needed to prevent heat-related health problems, they argued. Urban areas need more green space, architects could use wall coatings to reflect heat from buildings, and governments need to take more proactive approaches to invest in research and create strategies that would minimize the impact of high temperatures on health.

Kristie Ebi of the University of Washington said the world needs two major strategic approaches to combat the problems that come with extreme heat.

First, the world needs to reduce its carbon emissions so that the planet does not continue to warm. Earlier research showed that if the world continues producing the same amount of carbon emissions, a child born in 2019 could be living in a world with an average temperature that’s 7.2 degrees Fahrenheit (4 degrees Celsius) warmer by their 71st birthday.

On any given day, a 7.2-degree difference might not sound like much, but as an average increase in temperature, it would be devastating for human health and in addition to disease, a warmer world means more famine and early death from natural disasters such as fire and heat waves.

The other strategy is to find and implement the appropriate response measures, particularly in parts of the world that don’t have a lot of financial resources. These might include early warning systems and better systems to monitor and predict when these heat waves will happen, as well as science-based cooling strategies.

“Failure to reduce greenhouse gas emissions and to develop and deploy evidence-based heat action plans will mean a very different future awaits many people and communities around the world,” Ebi said in a statement.

Ebi added that regular summer activities like construction work outdoors and exercising will have to change dramatically. People are already experiencing these extreme temperatures.

“Extremely hot days or heat waves that were experienced approximately every 20 years are now being seen more frequently and could even occur every year by the end of this century if current greenhouse gas emissions continue unabated,” Ebi said.

“These rising temperatures combined with a larger and older population, mean that even more people will be at risk for heat-related health effects.”