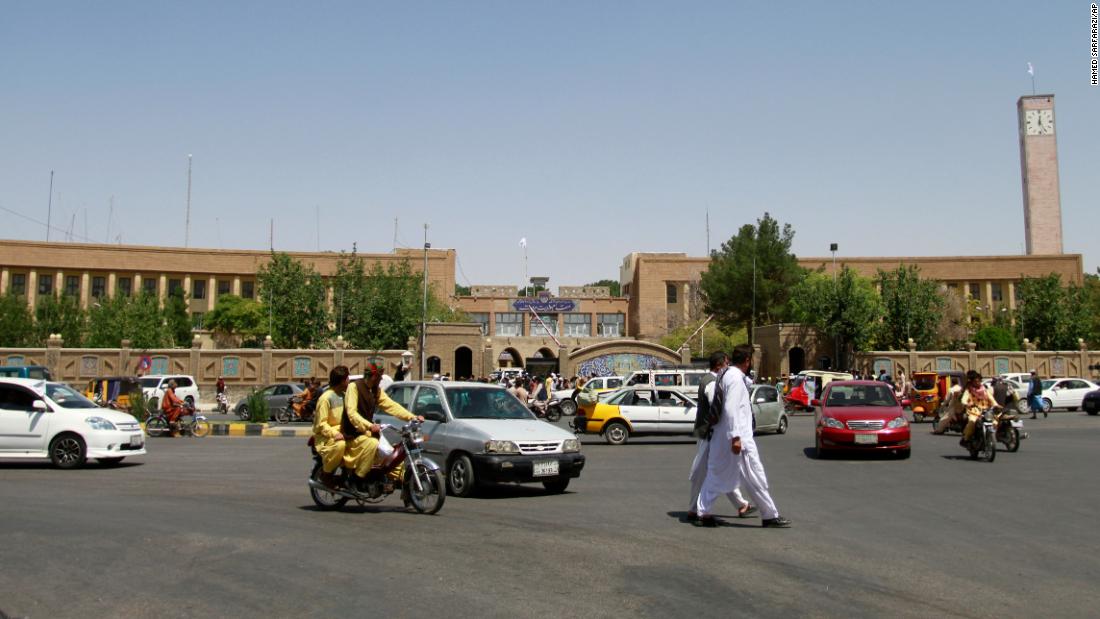 Cities like Kandahar, Herat and Kunduz are among those now under control of the Taliban, whose fighters are circling ever closer to the capital, Kabul.

CNN spoke to Afghans in Herat and Kunduz, where some said the Taliban had brought a sense of quiet after weeks of fighting, while others expressed fear.

Ismahel is a 40-year-old shopkeeper in the city of Herat, Afghanistan’s third-largest city and a major urban center in western Afghanistan. He tells CNN normality is returning to the city after the tumult of its fall to the Taliban on Thursday evening.

“[The] entire city is back to normal, people are living normally [and] shops are all open,” Ismahel says, adding that he has seen women dressed in burqas resuming their daily lives too.

He recalled a friend visiting his shop on Thursday, warning of the Taliban’s encroachment and suggesting they flee the city.

“We closed the shops and went home. Afterwards, we saw that the city fell to the Taliban,” he said. “Today is the first day so students didn’t go to school, but government employees went to their offices.”

He added that some people were happy that fighting and “the sounds of bullets” had stopped after a month.

“We feel good after the war finished,” he said.

But people in Herat are also likely living in fear, and many would be hesitant to express criticism of the Taliban in such early days of its control.

In Kunduz, the first city to be taken, 31-year-old resident Atiqullah says people are adapting to the transition of power but remain fearful.

“Still people are having fear, although we were told by the Taliban not to be afraid,” Atiqullah tells CNN.