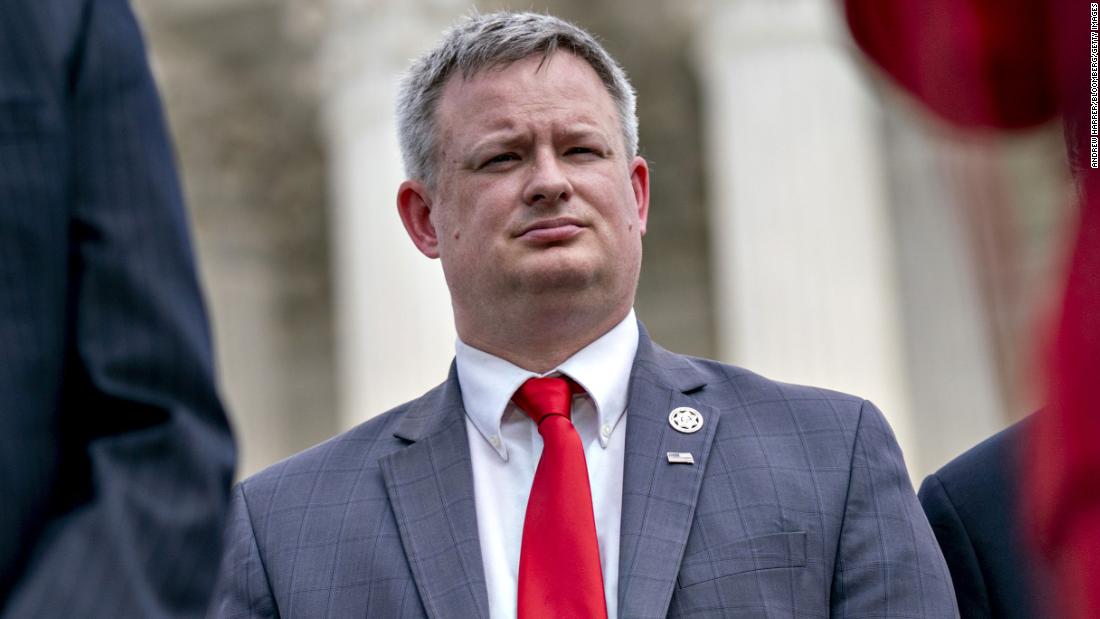 Last September, on the night of the crash, Ravnsborg told a 911 dispatcher, “I hit something” that was in the middle of the road.

He initially told police he had hit a deer but discovered Joseph Boever’s body the following morning after returning to the scene of the collision.

Investigators said they found Boever’s broken glasses in Ravnsborg’s car and that the victim’s face had come through the attorney general’s windshield.

A third misdemeanor was dismissed.

Ravnsborg did not appear in court and was represented by attorney Timothy Rensch.

Rensch told the court that Ravnsborg didn’t see Boever and his death was an accident.

She disagreed with the decision not to give Ravnsborg jail time.

She described her husband as the love of her life and said she lost her best friend and her chance for happiness.

“We feel that at no point has the defendant shown any remorse and has instead demonstrated callousness with respect to the life he took and the victim’s family and friends. He has demonstrated arrogance towards the law he, as an attorney general, is supposed to uphold,” she said.

She said Ravnsborg’s “cowardly behavior leaves us frustrated and makes moving on even more difficult.”

The family doesn’t think “a couple of fines” are “adequate punishment for killing a man,” she added.

Rensch said the case was a misdemeanor traffic infraction case, not something more serious.

“That’s what is the mix up here with the family, they think it’s a homicide case,” he said. “You know, the simple fact of the matter is accidents happen. People die. It should not happen, nobody wants anybody to die.”

Last year, the state released a toxicology report stating that a blood sample given by Ravnsborg the day after the crash showed his blood alcohol content was 0%.

The attorney general was ordered to pay an additional $3,742.38 to Stanley County for costs related to securing the scene.

Judge John Brown also asked that Ravnsborg do a “significant public service event over a period of five years, once each year on or about the anniversary date of Mr. Boever’s death” but he withheld that entry of the judgment pending supporting case documents Rensch is to submit.

Ravnsborg, a Republican, was elected South Dakota attorney general in 2018.

CNN’s Devan Cole and Artemis Moshtaghian contributed to this report.