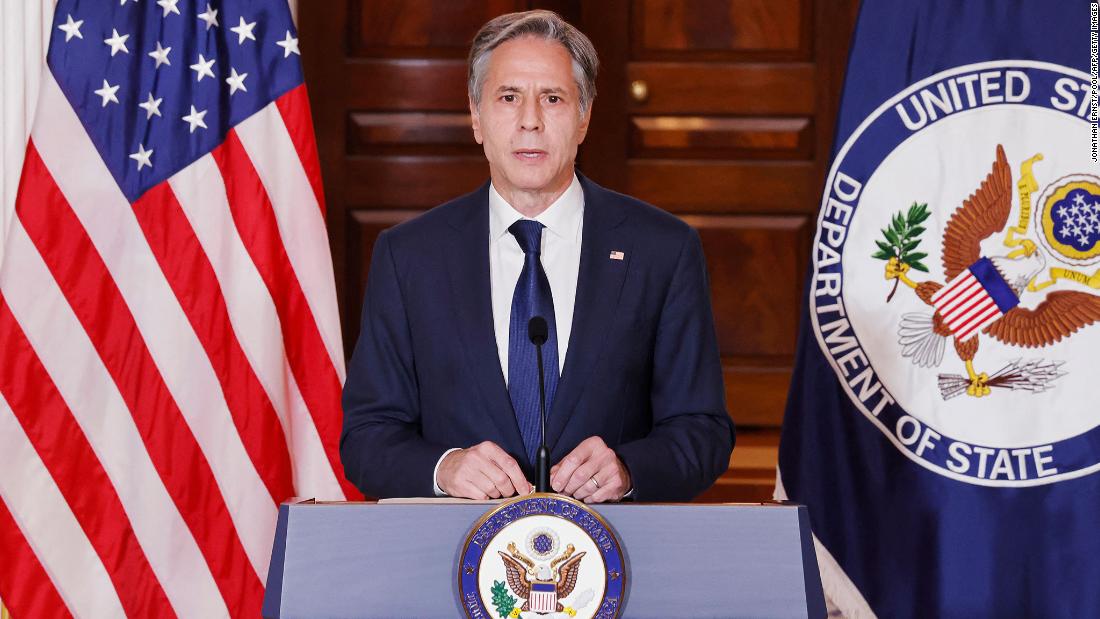 Secretary of State Antony Blinken will testify at 2 p.m. ET in front of the House Foreign Affairs Committee in a hearing titled “Afghanistan 2001-2021: Evaluating the Withdrawal and US Policies.”

This is the first time the top US diplomat will face lawmakers since the last US military planes left Afghanistan last month, marking the end of the US’ longest war.

Blinken acknowledged last Wednesday that “a fair amount of confusion” around charter flights from Afghanistan and said that the United States government is “working to do everything in our power to support those flights and to get them off the ground.”

Blinken blamed the grounding of the flights in the north of Afghanistan on the Taliban, saying that the militant group was not allowing them to leave.

“The bottom line is this: those flights need to be able to depart. And we will work every day to make sure that they’re able to do that,” Blinken said during a press conference in Germany Wednesday.

The confusion around the flights in Mazar-i-Sharif has sparked tensions between the Biden administration and lawmakers and advocates who are involved in efforts to get people onto the planes and out of Afghanistan in the wake of the full US withdrawal from Afghanistan.

Blinken said Wednesday that the administration is “grateful for those efforts.”

“As of now, the Taliban are not permitting the charter flights to depart,” Blinken said, noting that the Taliban claimed “that some of the passengers do not have the required documentation.”