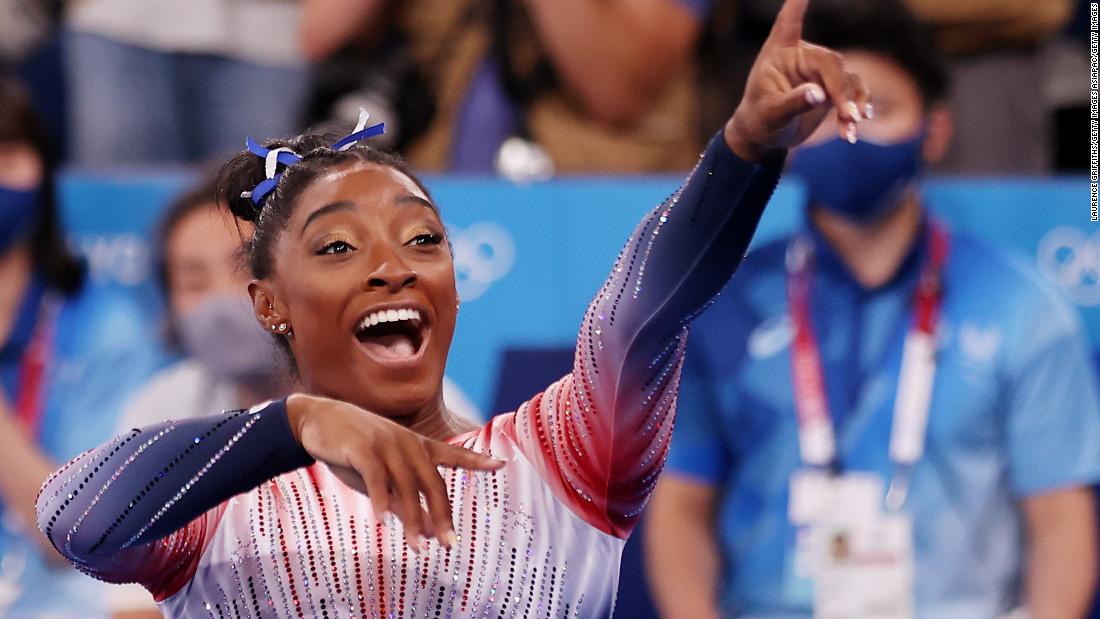 The seven-time Olympic medalist will lead a team of elite athletes across the US, celebrating the power of female athletes and inspiring a new generation of gymnasts.

“T-1 day till the GOLD OVER AMERICA TOUR starts! IM SCREAMING,” Biles wrote on Instagram Monday, after a number of photos and videos of the gymnasts rehearsing were shared online.

The tour, which will include an all-star team featuring Jordan Chiles and Laurie Hernandez, will stop off at 35 cities across the country and showcase some of the very best gymnasts in the world.

The first performance will be in Tucson, Arizona, and the last is in Boston on November 7.

“I love the sport of gymnastics and wanted to help create a show that celebrates the pure joy of performing,” said Simone Biles, per the tour’s official website.

The tickets sold will also be a huge commercial boost for Biles, who is considered one of the most popular sports stars on the planet and comes after a challenging year for the 24-year-old.

Biles stunned the world by withdrawing from four events at Tokyo 2020 after suffering from the twisties — a mental condition in which gymnasts lose the sense of where their bodies are in mid-air.

Despite this, Biles returned and went on to win bronze on the balance beam, a medal that she said meant “more than all the golds.”

Her decision to step down from some of the events took the conversation of mental health in sport to another level and has inspired other athletes to open up about the struggles they faced when competing.

Speaking to NBC’s “Today” show in August, Biles said mental health “should be talked about a lot more.”

“I know some of us are going through the same things and we’re always told to push through it,” she added. “But we’re all a little bit older now and we can kind of speak for ourselves. At the end of the day, we’re not just entertainment, we’re humans and there are things going on behind the scenes that we’re also trying to juggle with as well on top of sports.”

It’s not yet clear whether Biles will compete at Paris 2024, meaning the tour could be one the last chances for many people to see her perform live.

The tour, which is independent of USA Gymnastics, will also be a welcome break for Biles, who recently testified during a hearing about the FBI’s handling of the sex abuse investigation of former team doctor Larry Nassar.

Biles blamed both Nassar and the system which allowed him to continue working for the damage done to multiple elite gymnasts.