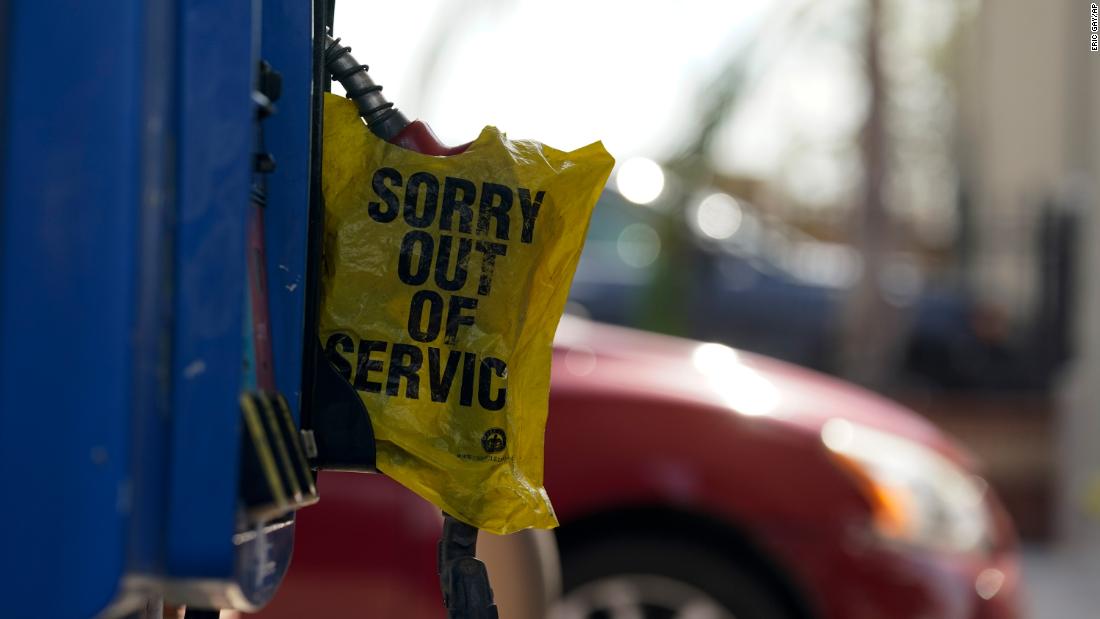 The outages were not as severe outside of those major cities. For the overall state of Louisiana, nearly 13% of gas stations are without fuel, GasBuddy said.

Importantly, these outages do not include gas stations that can’t service customers because they are without power, Patrick De Haan, head of petroleum analysis at GasBuddy, told CNN Business in an email.

In other words, the actual percentage of gas stations that drivers can’t turn to for gas is likely larger in regions without power.

Experts have urged people to not overreact to the havoc that Hurricane Ida has caused to the region’s energy infrastructure. In May, panic-buying of gasoline exacerbated supply problems caused by the six-day shutdown of the Colonial Pipeline following a ransomware attack.

Two days after Hurricane Ida struck the Gulf Coast, virtually all the Gulf of Mexico’s oil production remains offline and at least nine refineries are shut down, according to regulators.

“This is a long duration event, if you don’t need fuel urgently, delay purchases for those who are critical and first responders,” De Haan said.

The US Department of Energy said earlier Tuesday that although power outages are likely leading to retail gas station outages, the refinery and production shutdowns are not expected to cause any “immediate supply issues.”

GasBuddy’s De Haan said the app has been tracking Louisiana outages, but earlier outage figures were vastly underreported because of a bug in the app that didn’t prompt the user for updates.

“Numbers may escalate quickly tonight now that we fixed the bug,” he said.