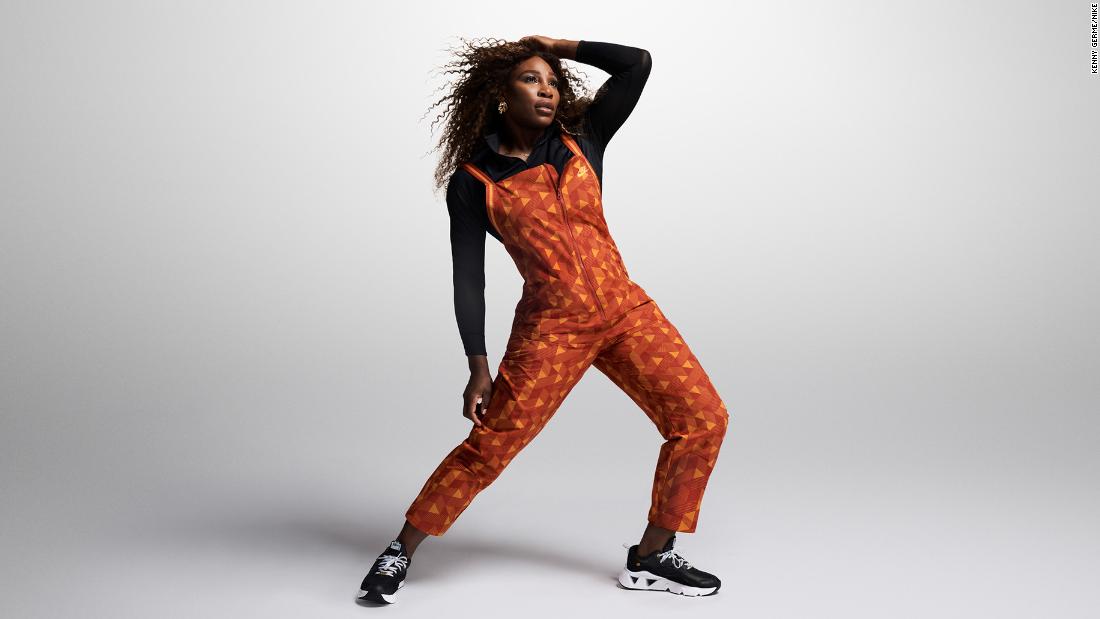 On Tuesday, the 39-year-old tennis legend joined Nike (NKE) in unveiling a collection of women’s athleisure wear and accessories, created by a group of 10 up-and-coming designers known as the Serena Williams Design Crew, or SWDC.

Nike selected the group two years ago as part of its “diversity in design” apprenticeship program, which seeks to elevate designers of color who are underrepresented in the fashion design world.

The clothes, a mix of SWDC athletic gear and streetwear, will be available on Nike’s website and in stores beginning September 1. Prices range from $20 for a pair of socks to $230 for a tennis tote bag.

“Every design decision, down to the smallest details, was made with Serena in mind,” the company said.

Williams, a designer herself, says she partnered with Nike on the project to promote diversity in the fashion design community.

“I want people from all walks of life to have the opportunity to be in the room,” Williams told CNN Business via email on Tuesday. “There’s so much incredible talent out there. I hope the next generation sees this program and is inspired to get involved.”

Nike VP of Global Diversity & Inclusion Jarvis Sam says the Serena Williams Design Crew is a key part of the company’s commitment to bringing diverse perspectives into the design community. Nike said it doesn’t break down its own workforce demographics for design talent.

But Nike’s women’s sports apparel and footwear division has still managed to increase its revenue recently. For the 12 months that ended in May, the division reported $8.56 billion in revenue, according to the research firm Oppenheimer & Co. That was a 22% increase from the previous fiscal year, according to Oppenheimer.