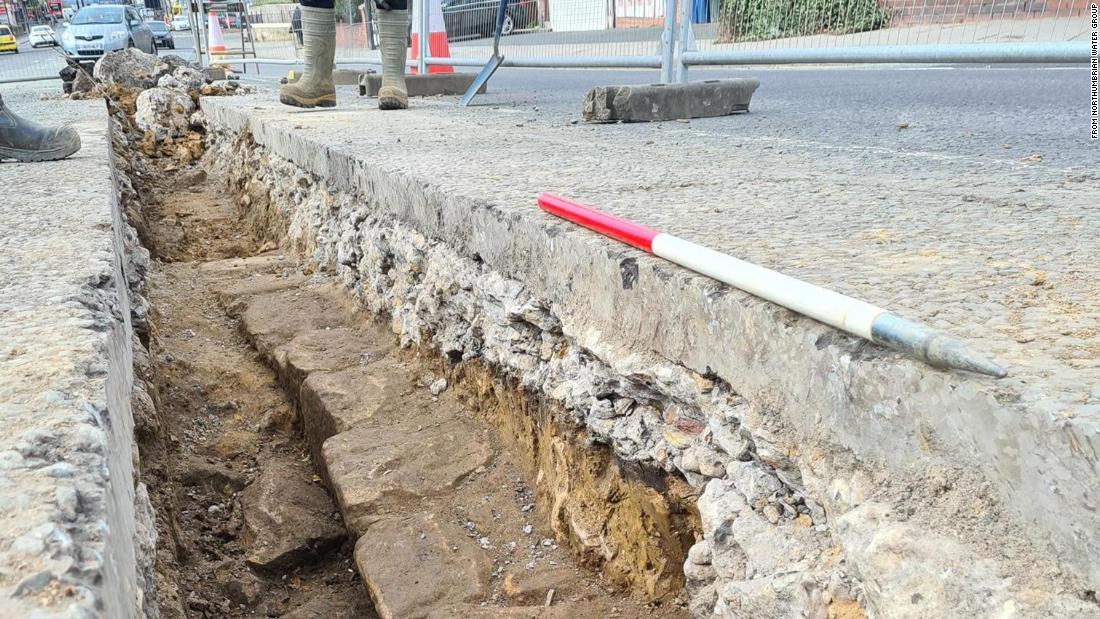 (CNN) — A previously undiscovered section of Hadrian’s Wall has been found during work on a water main in the city of Newcastle, northeastern England.

The 1,900-year-old wall was uncovered under a busy road just outside the city center, according to a press release from utility company Northumbrian Water.

Hadrian’s Wall is a 73-mile stone frontier barrier stretching across northern England, built to mark the northern border of the Roman Empire. It was completed in 128 AD during the reign of Emperor Hadrian.

It is made from large blocks of stone, which suggest it was built early in the project, as sections that date from later phases use smaller stones, according to Tuesday’s press release.

Northumbrian Water worked with Archaeological Research Services to make sure the discovery is properly protected.

“Despite the route of Hadrian’s Wall being fairly well documented in this area of the city, it is always exciting when we encounter the wall’s remains and have the opportunity to learn more about this internationally significant site,” said Philippa Hunter, from Archaeological Research Services, in the press release.

Northumbrian Water said it would route the water main in a way that leaves a buffer around the wall.

“This is an incredibly special part of North East heritage and we are honoured to be a part of it,” said Graeme Ridley, project manager from Northumbrian Water, in the press release.

In February 2019, archaeologists said they were creating a 3D record of explicit graffiti carved by Roman soldiers repairing Hadrian’s Wall in the 3rd century, in order to preserve them before they’re lost to erosion.

In 207 AD, the army conducted repairs at Gelt Woods in Cumbria, where they etched words and drawings, including a phallic symbol, into a sandstone quarry.

Abseiling 30 feet down the quarry face, the archaeologists recorded the graffiti using a 3D imaging technique known as structure from motion photogrammetry.