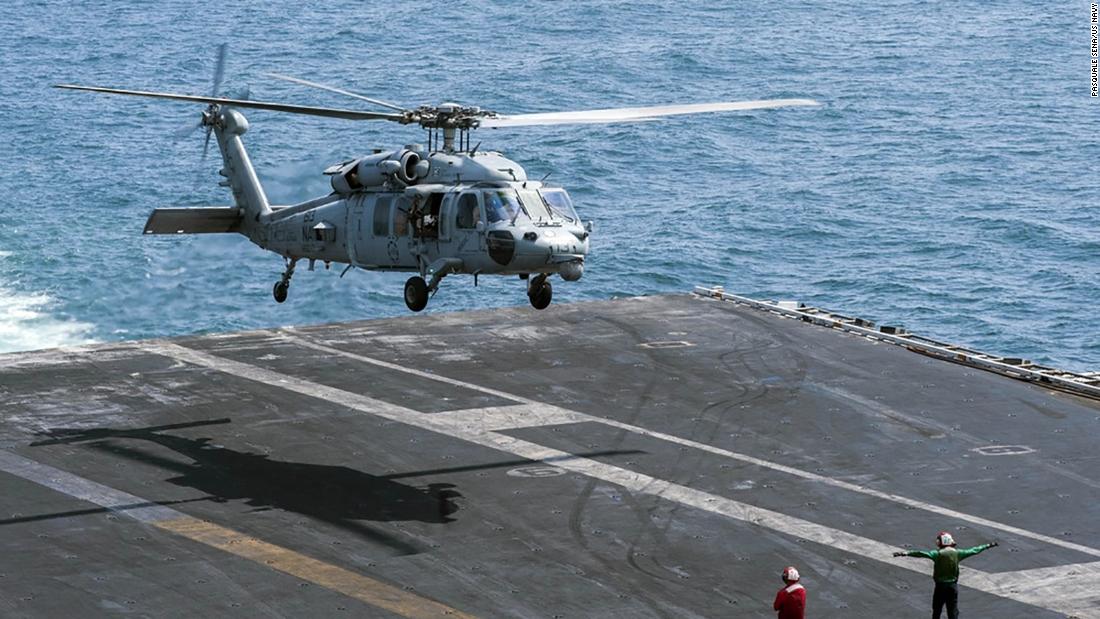 It is unclear how many people were on board the aircraft. According to the Navy, an MH-60S Seahawk chopper typically operates with a crew of four.

“An MH-60S helicopter embarked aboard USS Abraham Lincoln (CVN 72) crashed into the sea while conducting routine flight operations approximately 60 nautical miles off the coast of San Diego at 4:30 p.m. PST, Aug. 31,” the Navy’s 3rd Fleet said in the statement.

Multiple Coast Guard and Navy assets are being utilized in current search operations, the Navy said.