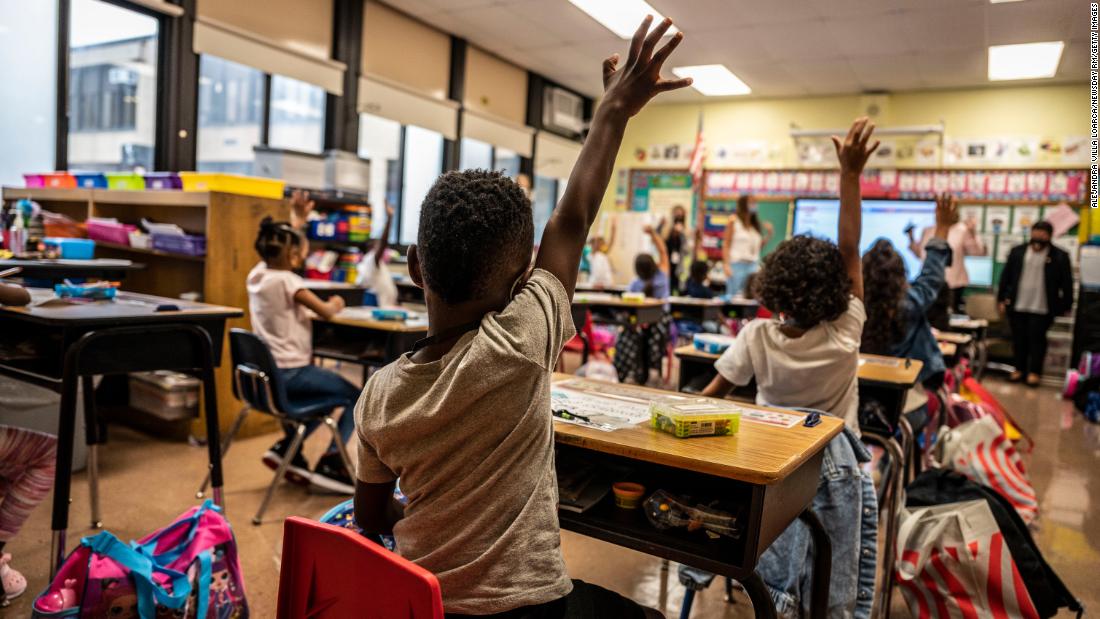 It could happen again.

“One thing we saw earlier in the month of August is that there were many schools that opened but didn’t have mask mandates in place and were not using protective mitigation protocols, and we saw a number of outbreaks that happened in those situations where the school opened and then closed like a week later because there were so many teachers and students that got infected,” Tan said.

“It is hoped that when schools open after Labor Day, that these people will be smarter and they’ll have mask mandates in place and use protective mitigation protocols in order to prevent the potential to have future outbreaks occur in the school setting,” she said. “We know that there are going to be cases that occur, but there are methods to decrease the number of potential cases that might occur.”

Overall, the chances of a school staying open safely amid the ongoing pandemic do not just depend on what mitigation measures the school has in place — but also how much coronavirus spread is in the surrounding community and whether the community practices mitigation strategies, Noelle Ellerson Ng, associate executive director of advocacy and governance for the School Superintendents Association, told CNN.

“It is about the decisions the schools are making, and whether or not they’re going to be able to do any physical or social distancing, or whether or not they have masks in place — but schools are a microcosm of the broader community too,” Ng said. “What’s your vaccination rate in the eligible population? What is the general practice of broader mitigation strategies in the community? All of that is interrelated. The work of opening schools doesn’t occur in a silo.”

That’s because, Ng said, as soon as a student or staff member leaves the school, there is always the risk they could catch coronavirus in the community and then carry the virus back to school with them.

High vaccination rates within a community can offer some protection for children.

“If we want to protect the children, particularly those who are not yet eligible for vaccination, you want to surround the children with people who are vaccinated — teachers, school personnel,” Dr. Anthony Fauci, director of the National Institute of Allergy and Infectious Diseases, told CNN’s Jim Sciutto on Tuesday.

“But also, in order to protect those who can’t get vaccinated, there are certain simple things you have to do, you mentioned one of them, universal masking in the school,” Fauci told Sciutto. “And even though there are some government leaders locally who are trying to push back on that, we’ve got to get the school system masked in addition to surrounding the children with vaccinated people. That’s the solution.”

“Nationally I think our rates of Covid are still increasing rapidly and while vaccination has picked up, there still seems to be a significant difference between states,” Dr. Mehreen Arshad, an assistant professor at the Northwestern Feinberg School of Medicine and an attending physician in pediatric infectious diseases at the Ann and Robert H. Lurie Children’s Hospital of Chicago, wrote in an email to CNN.

Arshad added that these differences between states are why overall local rates of vaccination, local Covid-19 case numbers and mitigation efforts within schools themselves will play a “crucial role” in the success of schools opening this week — and staying open — without a significant increase in coronavirus infections among students and school staff.

“I think that many of the schools that did open earlier without mitigation measures have realized that without universal masking they are risking large outbreaks,” Arshad said.

“Recent outbreaks may also have played a role in states such as Illinois in having a mask mandate initially, and now also a vaccine mandate for teachers,” she said. “Overall, the transmission of Covid in schools and number of cases will largely depend on the mitigation measures taken by the school district, and the vaccination rates and percent positivity in the community.”

Arshad said that her own children recently started classes at a public school in Illinois, but it gives her comfort that the school has several mitigation measures in place.