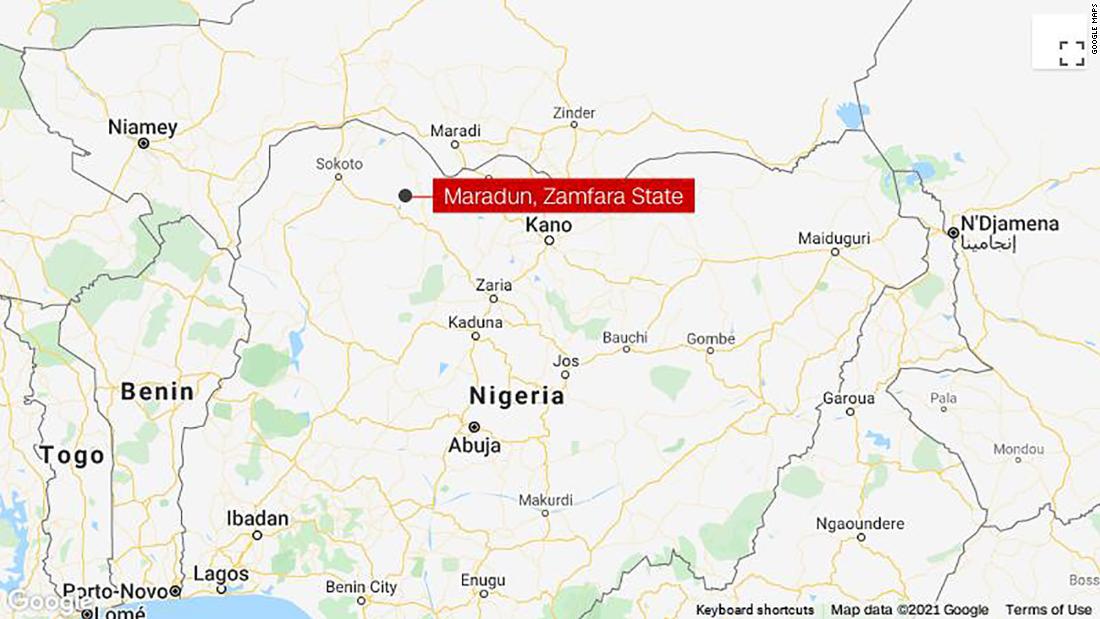 At least 73 students were abducted from a state-run high school in Zamfara’s Maradun district, local police said in a statement, adding that the high school was targeted by “armed bandits.”

“The abduction followed the invasion of the school by a large number of armed bandits,” according to Zamfara State Police Command.

“A search and rescue team has been deployed to work with the military to locate and rescue the abducted children… Security has also been beefed up at Kaya Village and environ to forestall further attacks on the communities,” the statement added.

Zamfara’s Information Commissioner, Ibrahim Dosara, told CNN on Thursday that schools in the state have been closed down to avoid further attacks.

“We have closed primary and secondary schools in the state,” Dosara said, adding “but schools currently writing examinations are asked to stay behind until they finish their examinations… Heavy security presence will be provided to protect those writing exams.”

The latest kidnapping comes days after 91 schoolchildren earlier abducted in north-central Niger State were released by their captors after thousands of dollars were paid by their families as ransom.

Kidnapping for ransom has become one of the major security challenges in Nigeria, with Zamfara and other neighbouring northwestern states being hit with several mass kidnappings this year.

Prominent among the string of kidnappings in Zamfara was the abduction of over 200 schoolgirls in the town of Jangebe in February. The students have since been freed, with authorities insisting no ransom was paid to secure their release.
Between June 2011 and the end of March 2020, an estimated $18.34 million was paid in ransoms, Lagos-based SBM Intelligence said in a report last year titled “The economics of the kidnap industry in Nigeria.”
Amnesty International has described this latest incident in Zamfara as “disturbing,” saying in a tweet that “attacks on schools and abductions of children are war crimes.”

“The children abducted are in serious risk of being harmed. Nigerian authorities must take all measures to return them to safety,” Amnesty added.