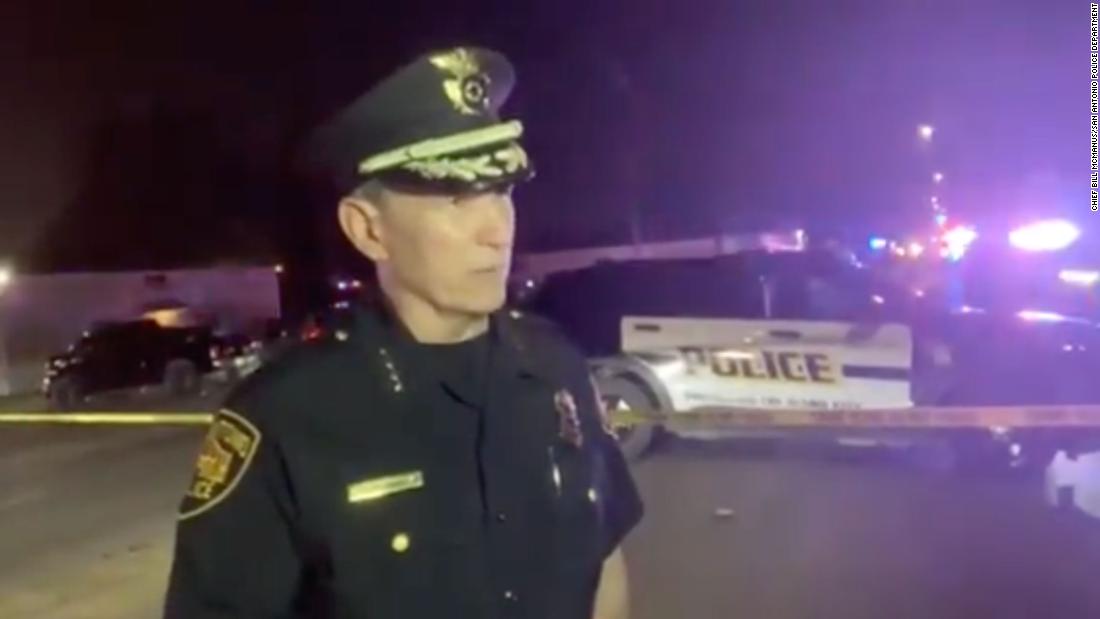 The suspect is still at large, McManus said at a briefing.

Police were called around 3:35 a.m. (4:35 a.m. ET) about an altercation inside the Boom Boom Sports Bar, which was operating after-hours, McManus said. It’s believed that the owner was trying to close the establishment when the altercation began, the chief added.

The chaos spilled over into the parking lot, where a man went to his car, grabbed a long gun and started shooting. Five people were struck, McManus said.

Two of the victims are women, the other three are men, all in their 20s and 30s, McManus added.

Two people were pronounced dead at the scene — a man and a woman, the chief said. One person died in the hospital and two others are in critical condition at the Brooke Army Medical Center, CNN affiliate KSAT reported.

McManus said it’s not clear if there was a connection between the suspect and the people who were shot.

An investigation is underway, the chief said.

This is an ongoing story and will be updated as more information becomes available.

CNN’s Gregory Lemos and Deanna Hackney contributed to this report.