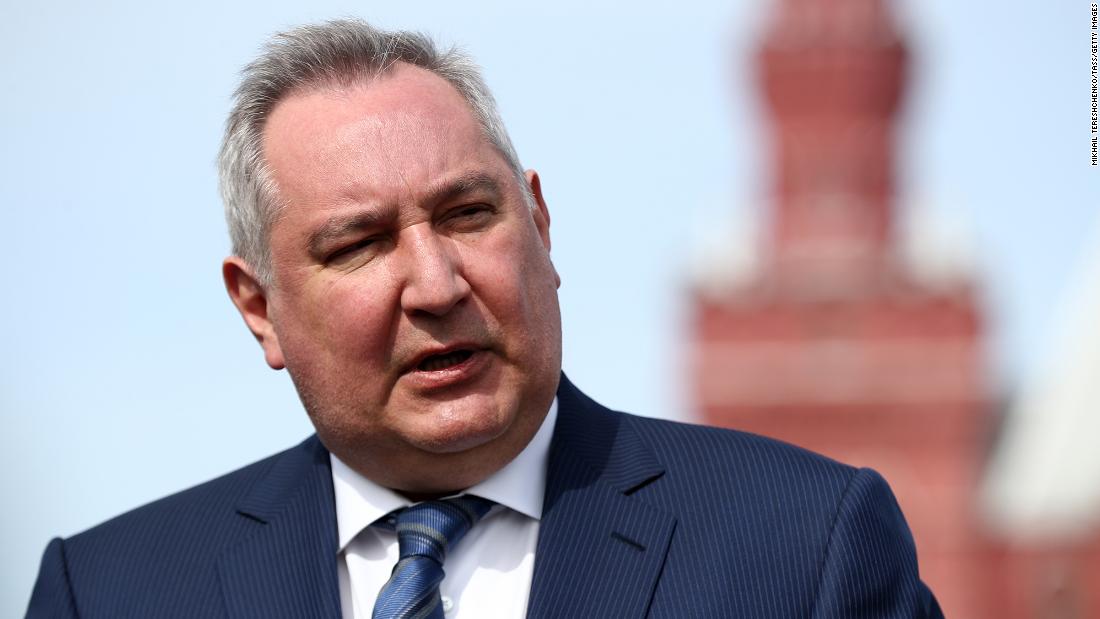 “Our millionaires prefer to invest more in yachts rather than in spaceships,” Dmitry Rogozin told CNN in his first interview with Western media since becoming Roscosmos’ director general. “But maybe kids of current Russian millionaires will be much more wise creatures.”

“I like what your people are doing — people who spend their own money on things useful for overall society,” Rogozin said.

But Rogozin saves his highest praise for SpaceX founder Elon Musk, and blames his own country’s stagnation in space on the instability that followed the collapse of the Soviet Union.

“Mr. Elon Musk realizes many of the ideas and thoughts that we wanted to realize, but did not get to because, after the breakup of the Soviet Union, our space program halted for some time,” Rogozin said. “We respect him as an organizer of the space industry and as an inventor, who is not afraid to take risk.”

Rogozin is even inviting Musk to his home in Russia “to be a guest of my family” and discuss “exploring the universe, extraterrestrial life, and how we can use space to preserve life on Earth.”

“I already set the teakettle on heat,” Rogozin said.

But the relationship between Rogozin and Musk hasn’t always been this friendly.

“This is not Boca Chica,” Rogozin commented, referring to the small border town in Texas where SpaceX is building the world’s biggest and most powerful rocket, Starship. “This is Yakutia in winter. I wonder if gentle SpaceX is able to work in such conditions?”

SpaceX declined to comment for this story, but Musk has proven to be equally capable of delivering a subtle, pointed jab.

In 2014, Rogozin was sanctioned by the US for his role as Russia’s deputy prime minister of defense during his country’s annexation of Crimea from Ukraine. The sanctions also targeted Russia’s space sector, as rocket technology can often be used for nuclear missiles as well.

“After analyzing the sanctions against our space industry, I suggest to the USA to bring their astronauts to the International Space Station using a trampoline,” Rogozin said on Twitter.

At the time, NASA was entirely reliant on Russian Soyuz rockets to get American astronauts to the International Space Station after the retirement of the Space Shuttle fleet. But that dependency ended last year when SpaceX’s Falcon 9 rocket and Crew Dragon capsule launched NASA astronauts from US soil for the first time in nearly a decade.

Shortly after the successful launch from NASA’s Kennedy Space Center, Musk finally responded to Rogozin’s years-old remark by saying, “The trampoline is working.”

SpaceX’s new “trampoline” has resulted in billions in revenue cut from Roscosmos’ budget. It’s estimated NASA paid Roscosmos nearly $4 billion for seats on Soyuz rockets between 2011 and 2019. But Rogozin says the payments were “a drop in the sea. The service we provided to the American astronauts was priceless.”

Roscosmos is now developing a new type of rocket, named the Amur, that was pioneered by SpaceX and Blue Origin — a reusable rocket capable of landing safely on Earth after launching its first stage into space. Rogozin hopes to have it ready to fly by 2025, and describes its similarities to SpaceX’s Falcon 9 rocket as “normal, healthy competition between engineers.”

Roscosmos is also building a new engine to power the Amur rocket, the RD-169. Russia has a long and storied history as a global leader in rocket engine production. Even Musk acknowledged in 2019 that “Russia has excellent rocket engineering & best engine currently flying,” though he did not say which engine he meant at the time.

In fact, Russia’s decades-old RD-180 engines are still being used to launch American rockets into space. United Launch Alliance, a joint venture between Boeing and Lockheed Martin, has been purchasing these Russian-made engines and using them to propel its Atlas V rocket for nearly two decades. The Atlas V is one of the most reliable rockets on the planet, and it is used to launch satellites and classified payloads into space for the United States Air Force, the National Reconnaissance Office, and NASA. The controversial practice of purchasing Russian-made engines for these missions infuriated the late Senator John McCain, who led the charge in banning the Pentagon from procuring launches on RD-180 powered vehicles past 2021.

To rid the alliance of its dependence on the RD-180, it teamed up with Blue Origin to develop the American-made BE-4 engine to power its new Vulcan rocket. Blue Origin’s engine is years behind schedule, but ULA CEO Tony Bruno said at the Space Symposium in August that he expects to receive the first flight-ready BE-4 engines by the end of this year.

“We know that these engines are far from realistically replacing the RD-180,” Rogozin said. “Continue to buy Russian engines. They cost pennies.”

Blue Origin did not respond to a request for comment.

Still, Rogozin is inviting Branson, Bezos and Musk to the October launch of a Soyuz spacecraft from the Baikonur Cosmodrome in Kazakhstan.