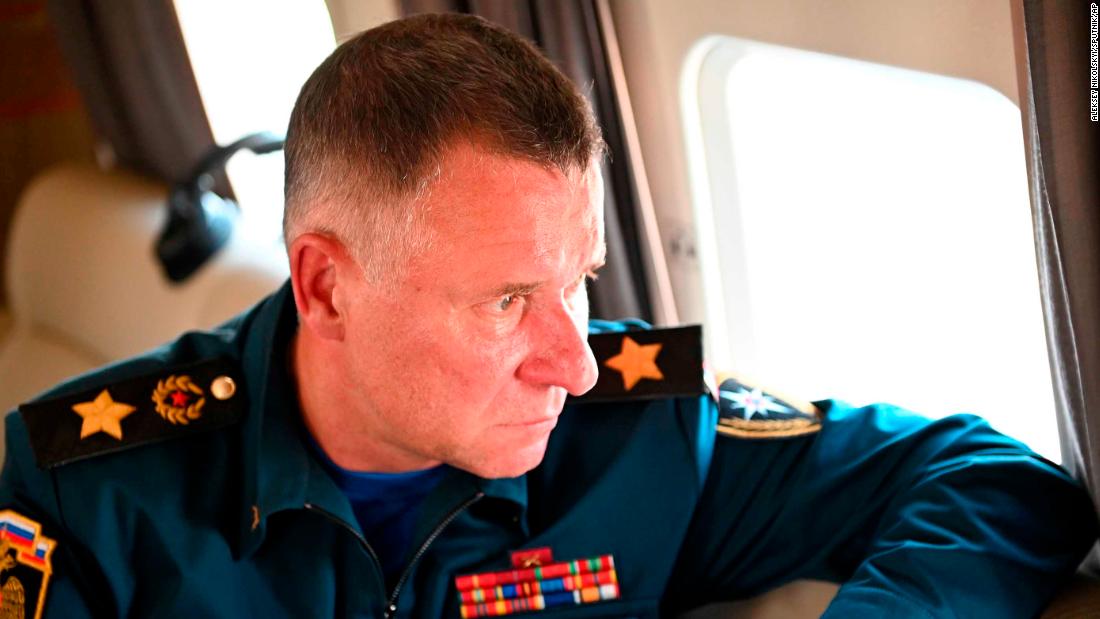 Zinichev, aged 55, was trying to save someone’s life when the incident in the Russian city of Norilsk occurred.

“The Russian Emergencies Ministry informs with regret that Yevgeny Zinichev died tragically in the line of duty while attending interdepartmental exercises to protect the Arctic zone from emergencies, saving a person’s life,” the ministry said, according to the state outlet.

No other immediate details about the circumstances around Zinichev’s death were immediately provided by the ministry.

Zinichev was in the Arctic to oversee large-scale exercises, according to an official ministry statement published prior to his death.

As part of the visit, Zinichev joined local officials to inspect the construction progress of a new fire station in Norilsk, which is set to open at the end of the year. The minister also personally supervised the implementation of training tasks for emergency response by the units.

Russian President Vladimir Putin expressed his “deep condolences” to Zinichev’s family and friends, the Kremlin said in a statement on Wednesday.

It noted Putin and Zinichev, who, according to state media, had a long career with Russia’s state security agencies, had “been linked by many years of joint work.”