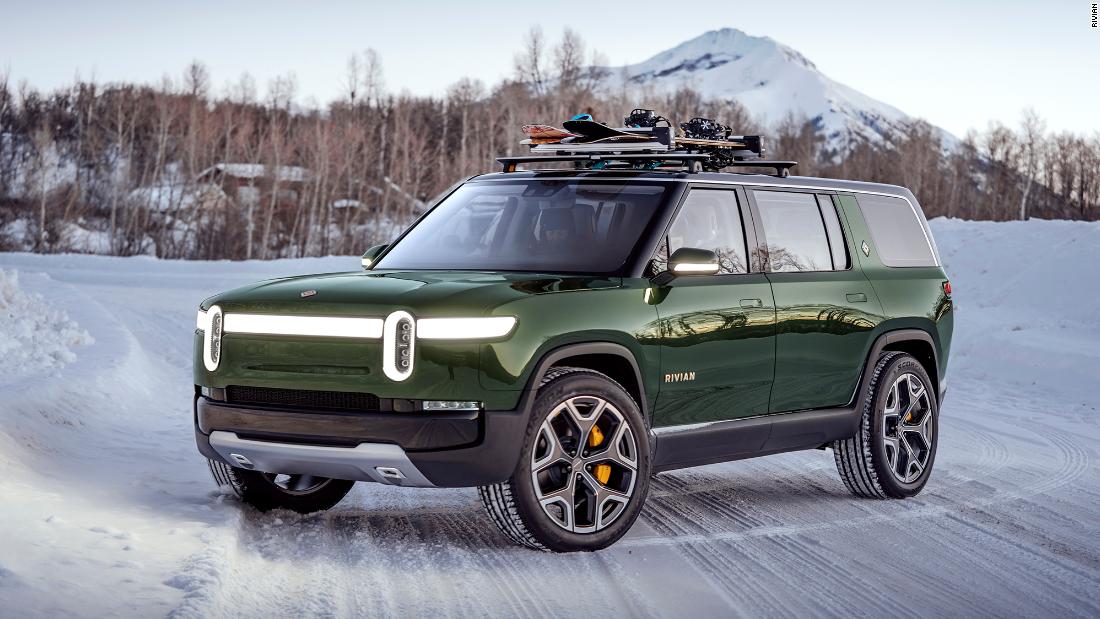 Bloomberg, which first reported the news, said Rivian is seeking a valuation of roughly $80 billion, and eyeing an IPO around Thanksgiving. CNN Business has not independently confirmed the report. Rivian said in a statement that the size and price range of the proposed offering have yet to be determined. A valuation of $80 billion would make Rivian worth more than Ford and GM, each.
The company was founded in 2009 and has raised $10.5 billion since 2019 amid increased interest in electric vehicles. Rivian is perhaps the leading contender of a group of electric vehicle startups that could challenge Tesla and incumbent automakers. Rivian has received an order for 100,000 delivery vans from Amazon, some of which are making deliveries in the US already.
Rivian has positioned itself as an outdoorsy brand, and described its products as “electric adventure vehicles.” The company has said that its pickup truck, the R1T and its seven-passenger SUV, the R1S, will be able to drive through three feet of water. It’s also partnered with the foundation of climber Alex Honnold, who became the first human to climb El Capitan in Yosemite National Park solo without a rope.
Rivian has said its SUV and pick-up truck will start at about $70,000 and have more than 300 miles of range, which will likely see some overlap with electric vehicles from more established manufacturers, like the Tesla Model X and the upcoming GMC Hummer EV. Rivian had said it would deliver the first vehicles this summer, but has yet to do so. Its consumer vehicles did appear on site when Amazon founder Jeff Bezos traveled to space last month. Rivian told CNN Business it had loaned Blue Origin, Bezos’s space company, the vehicles.
Rivian is producing its first vehicles in its plant in Bloomington-Normal, Illinois. Area leaders have credited Rivian with helping to revitalize the area following Mitsuibishi’s depature the plan in 2015.