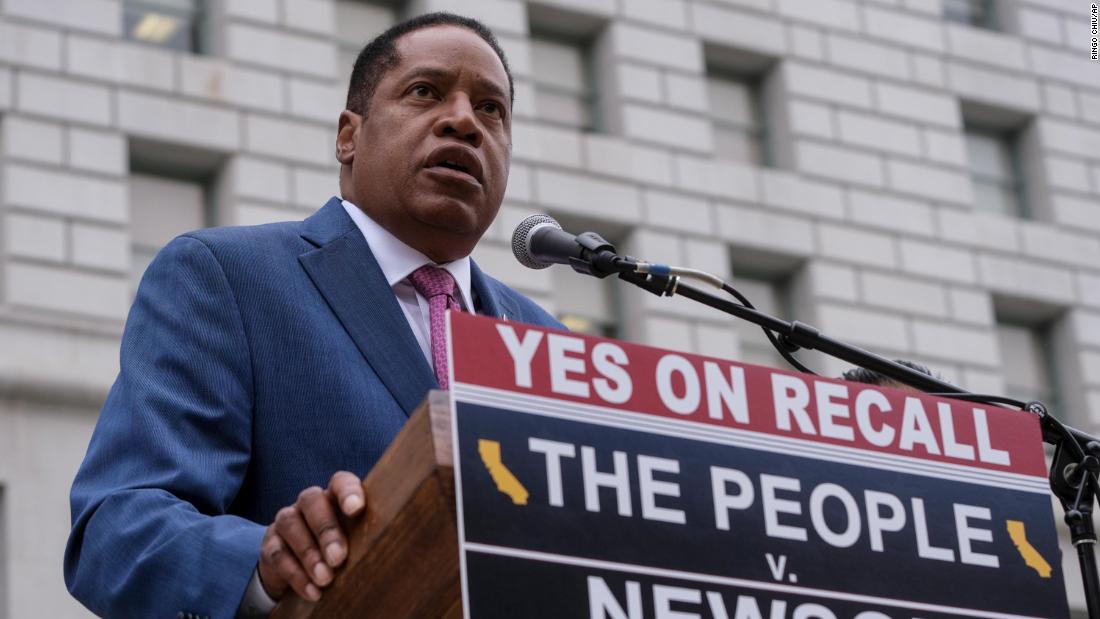 But this is the era of the Big Lie.

Influenced by former President Donald Trump’s serial lying about the 2020 election he lost, many Republican voters are now suspicious, for no good reason, about the integrity of American elections in general. And prominent Republicans know how to rile up the crowd they created.

With the September 14 recall Election Day fast approaching, Trump and other right-wing figures, including top Newsom replacement candidate Larry Elder, have started to lay the groundwork to baselessly dismiss a potential Newsom victory as a product of Democratic cheating.
Their effort mirrors what happened in the weeks leading up to Election Day 2020, when Trump and his allies relentlessly pushed the lie that Democrats could not possibly beat him in an election that wasn’t “rigged.” And it benefits from years of additional dishonesty, by Trump and others, portraying California as a cesspool of mass illegal voting.

Preparatory dishonesty from Trump and others

In a Newsmax television interview on Tuesday, Trump called the California recall “probably rigged.” His supposed evidence?
One: The fact that every active registered California voter is being sent a mail-in ballot. There is no evidence of widespread fraud involving mail-in ballots, or any other ballots, in the 2020 election.
Two: The existence of a secure system that allows California voters, such as people with disabilities, to mark their votes at home using their own computer technology, print them out, and mail them in to have them transferred to a normal ballot.

This is, as usual, nonsense. Voters who want to use this print-at-home system must get approval from county elections officials, must still have their signatures verified after they send in their votes, and are not allowed to cast more than one ballot. In addition, the print-at-home system is used by a tiny percentage of voters — according to the office of California’s Secretary of State, just 24,248 of nearly 17.8 million voters in the 2020 general election, a paltry 0.14%.

Some other Republicans have not even bothered to offer a specific explanation for their baseless fraud assertions this week. In a Fox News appearance on Tuesday, right-wing commentator Tomi Lahren proclaimed that “the only thing that will save Gavin Newsom is voter fraud. So, as they say, ‘stay woke.’ Pay attention to the voter fraud going on in California.”
At a campaign event on Wednesday, Elder said, “we’ve heard a lot of things that have been suspicious so far,” declared that “they’re gonna cheat, we know that,” and promised to file lawsuits. Earlier in the day, he told reporters that “I believe that there might very well be shenanigans, as it were in the 2020 election.” (Elder did say both times that so many voters are angry at the situation under Newsom that the recall will succeed anyway.)
Reporters for the Washington Post and Los Angeles Times have encountered everyday voters expressing similar sentiments. And you can easily find it on California talk radio. On one Southern California morning show on Wednesday, co-host Grant Stinchfield, who is also a Newsmax television host, casually said, “They’re gonna cheat to win. The mail-in ballot scheme is rigged.”

So don’t be surprised if, after a Newsom victory, bewilderingly thin fraud claims circulate on social media and in right-wing media. The trickery has already started — from the very people groundlessly warning of their opponents’ trickery.