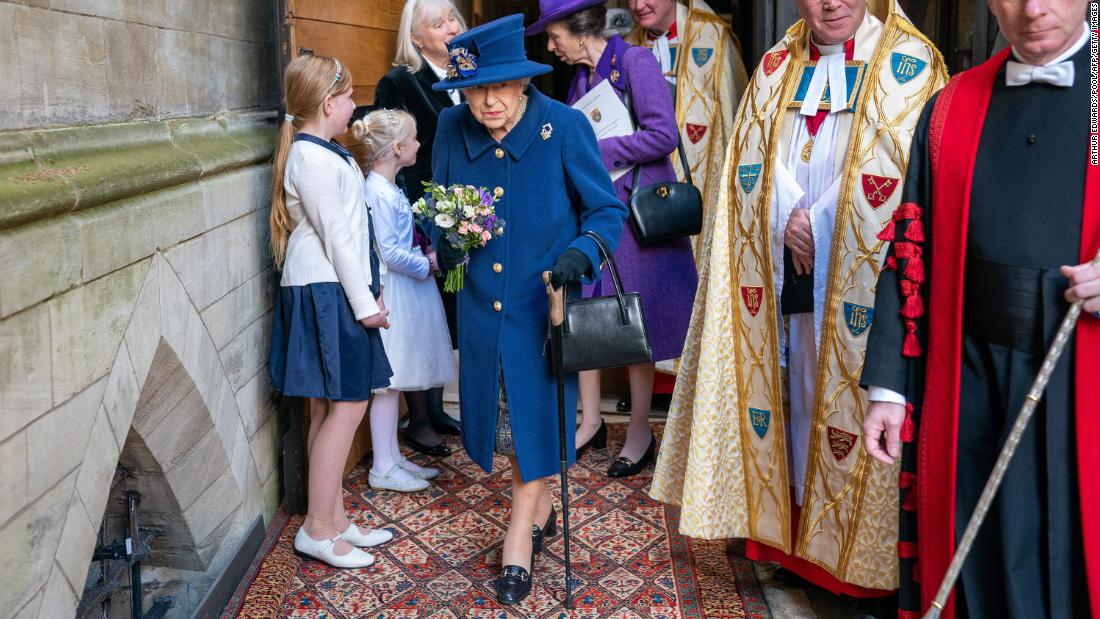 A royal source told CNN that the monarch used the stick for her “comfort.”

It is believed to be the first time she has used a walking aid for comfort at a major public event, reported British media, including CNN affiliate ITN.

The Queen, who is 95, was last pictured with a walking stick in 2003 after surgery to remove torn cartilage from her right knee.

Elizabeth has been the Queen of England since February 6, 1952. In September 2015, she surpassed the record for longest rule by her great-great-grandmother Queen Victoria, who ruled for 63 years, seven months.

A celebration of her 70 years of service is planned for May 2022, which is set to celebrate one of her greatest passions — her love of horses — with a four-day equestrian extravaganza at Windsor Castle.