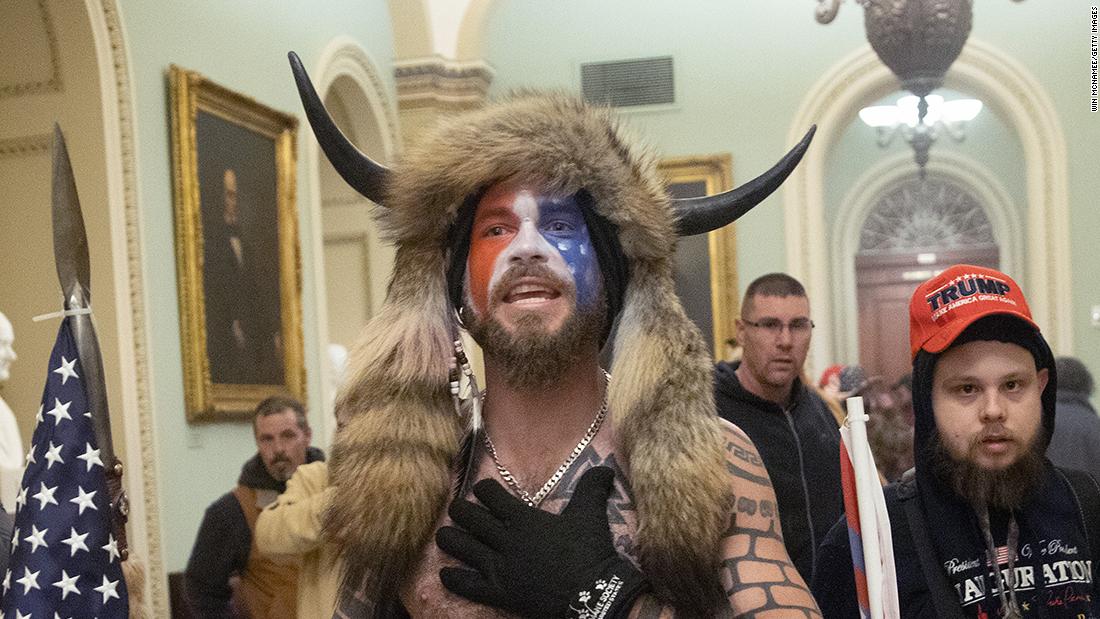 Chansley has been charged with six federal crimes in connection with the January 6 insurrection, including felonies for civil disorder and obstructing congressional proceedings.

The court docket doesn’t indicate to which charges Chansley is expected to plead guilty. His attorney Al Watkins declined to say.

“The path charted by Mr. Chansley since January 6 has been a process, one which has involved pain, depression, solitary confinement, introspection, recognition of mental health vulnerabilities, and a coming to grips with the need for more self-work,” Watkins said in a statement.

Chansley’s defense attorneys have pushed several times for his release from jail, where he has been held since his arrest in January. The judge in his case has repeatedly ruled that Chansley is too dangerous for release.

“Mr. Chansley is seeking, as part of his reconciliation of where he is today, to step away and distance himself from the Q vortex,” Watkins said, regarding his client’s longtime support for the QAnon conspiracy movement.