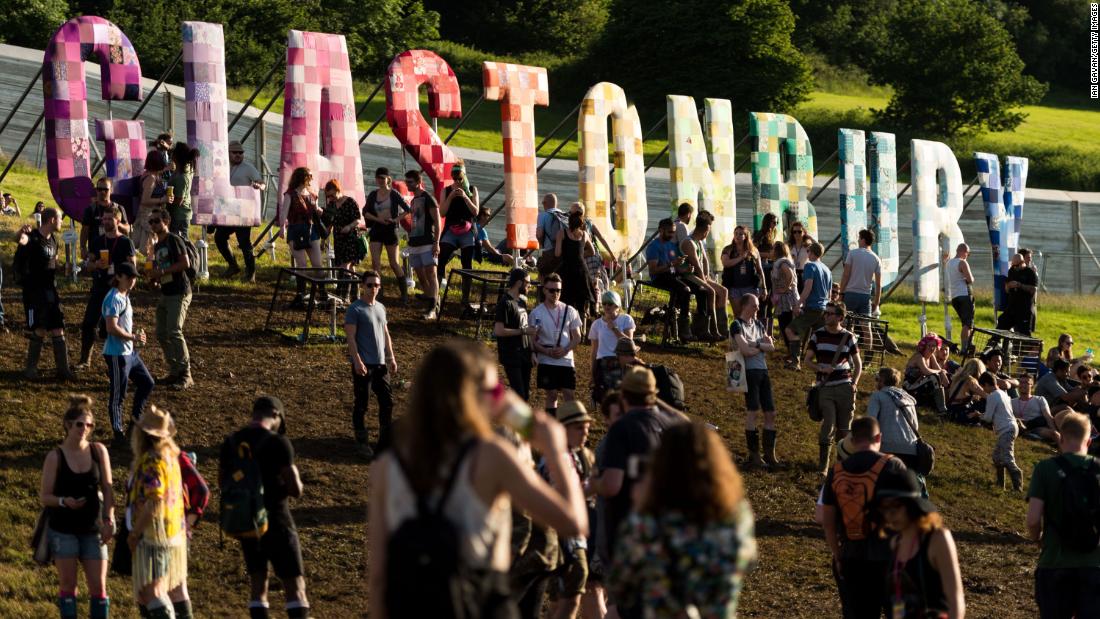 Researchers at Bangor University in Wales discovered high levels of cocaine and MDMA in the Whitelake River, which runs through Worthy Farm, where the hugely-popular music festival is usually held with more than 200,000 attendees.

The study found MDMA concentrations quadrupled the week after the 2019 festival, while cocaine concentrations reached levels previously shown to affect the life cycle of European eels — which are present in the river and are critically endangered.

Christian Dunn, a professor in wetland science at Bangor University, who led the study, told CNN Tuesday that the levels of illegal drugs were “high enough to be classed as environmentally damaging,” although he added the caveat that levels “decline pretty quickly after Glastonbury has finished.”

Dunn collaborated on the study with Masters student Dan Aberg, who worked alongside Daniel Chaplin, from the Centre for Environmental Biotechnology, to measure levels of illegal drugs in the river before, during and after the last Glastonbury Festival in 2019.

The researchers said the increase in drug levels had come from festival goers urinating in public, causing the chemicals to eventually enter the river — which happens particularly quickly in wet weather conditions.

“This has highlighted the fact that stopping public urination is so important,” Dunn said. “Not just for the traditional pollutants, which we’ve kind of known about, but for these these types of pollutants, which we’re only now really just becoming aware of — pharmaceutical waste, illicit drug waste — these are important.”

Although Dunn praised the work done by the festival to tackle the issue of public urination, he said there was a need for more research to identify the effects of illegal drugs on ecosystems.

“We need to start highlighting the dangers of these drugs to the public and to festival goers and saying, ‘look, another reason why you should not be peeing on the ground, go and use the loos, go and use the facilities,'” he said.

Dunn suggested treatment wetlands and reed bed systems could be used to help “break down and filter out” pollutants flowing into the river and protect wildlife.

The researchers also monitored the nearby Redlake River, but found no significant changes in levels of illegal drugs around the time of the festival — suggesting the increase was directly linked to Glastonbury Festival.

Glastonbury Festival organizers said in a statement to CNN that they had a “thorough and successful waterways sampling regime” in place — agreed with the Environment Agency — which did not raise any concerns in 2019.

However, Dunn told CNN the Environment Agency was “generally looking for things like ammonia and nitrates and other types of pollutants,” rather than illegal drugs.

“Peeing on the land is something we will continue to strongly discourage at future Festivals. We also do not condone the use of illegal drugs at Glastonbury,” the festival’s statement added.

“We are keen to see full details of this new research, and would be very happy to work with the researchers to understand their results and recommendations.”

The study was published in the journal Environmental Research earlier this month.