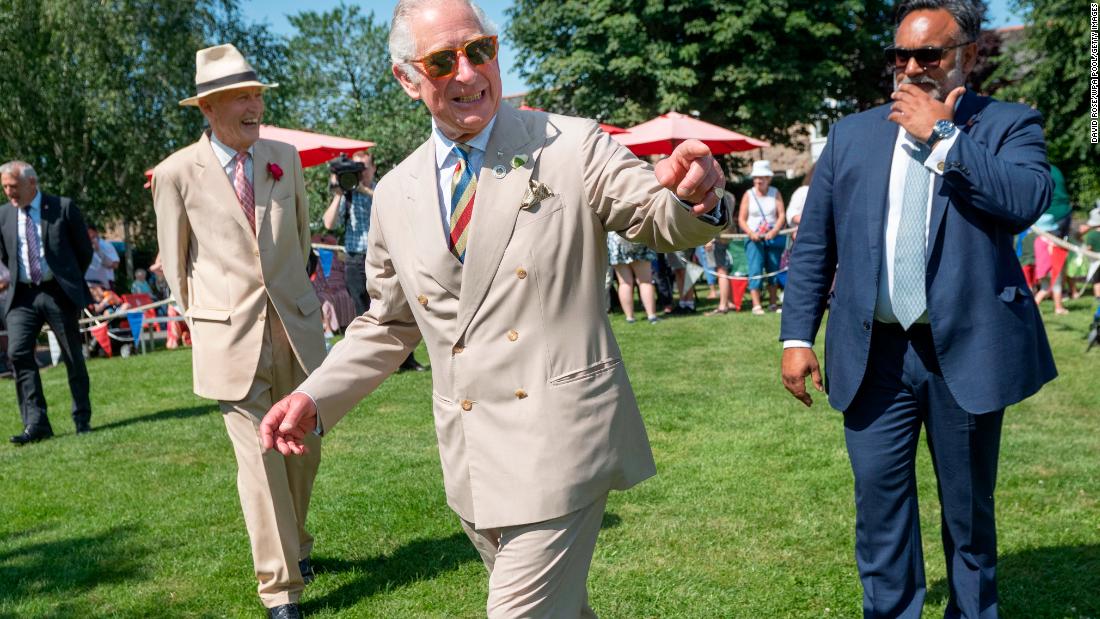 The Sunday Times reported that Prince Charles wrote a thank-you letter to Dmitry Leus and offered to meet him in person after receiving a large donation for The Prince’s Foundation in May 2020.

In the letter, Charles reportedly wrote that he was “incredibly grateful” for Leus’ “immense generosity” and that the donation had given him “great comfort,” the Sunday Times reported.

The newspaper said Leus had been found guilty in Russia of money-laundering but his conviction was later overturned. Leus, who is reportedly seeking British citizenship, made his donations after a fixer promised a private meeting with Prince Charles at a Scottish castle, the Sunday Times reported.

A spokesperson for Leus confirmed his conviction was struck out in 2007 and said Leus “has a completely clean criminal record.”

The Sunday Times said there was no evidence that Prince Charles was aware of any deception around the donation.

When the foundation’s ethics committee raised concerns over Leus’ background, his donations were reportedly diverted to Children & the Arts, another charity of which Charles is a patron, the Sunday Times reported.

According to Sunday Times, Children & the Arts denied knowing anything about the money.

CNN was not able to independently verify the Sunday Times’ reporting.

A spokesperson for Leus told CNN Leus has made “two separate donations together totalling £500,000” to the Prince’s charity via a fixer, the Burke’s Peerage.

“Mr Leus has now learned that not all of these funds were then transferred on to the Prince’s Foundation. No funds at all were returned to him from Burke’s Peerage,” the spokesperson told CNN, adding: “Mr Leus did not know of, or consent to, his donation being transferred to the Children’s Arts Foundation [and other organizations]. Had he been consulted, he would have chosen to use the money to help the many vulnerable children and young people that the Leus Family Foundation supports across the UK.”

The donations were “intended to support their educational and heritage goals,” the spokesperson said, adding that Leus’ only additional goal for the contribution was “private hope that eventually cooperation might take place to create a National Fencing Centre.”

Douglas Connell, chair of The Prince’s Foundation said it was taking the allegations “very seriously.”

“Following the publication of an initial allegation relating to ‘middlemen’ and donors the Trustees instigated a full and rigorous investigation with the assistance of Forensic Accountants from one of the ‘big four’ accountancy firms,” he said in a statement provided to CNN.

“This investigation is ongoing and it would be inappropriate to make any further comment at this stage,” he said, adding that full review is expected to take several weeks.

According to a source with knowledge of donations to the charity, the foundation received a donation of £100,000 on behalf of Leus in May 2020. The source said the amount was returned to the sender following a meeting of the Foundation’s Ethics Committee in September 2020.

In a statement on Sunday, the Scottish Charity Regulator (OSCR) said it had written to Prince’s Foundation trustees informing them that they would investigate the claims around Leus’ donations.

The watchdog said it had been “working with the Prince’s Foundation …to better understand the use of the organization’s funds, and to gain a full understanding of the work which is being undertaken by the charity’s trustees to investigate the range of issues which have been raised.”

The allegations come a week after a former top aide to Charles voluntarily stepped down as head of The Prince’s Foundation amid claims of misconduct reported in last week’s Sunday Times.

Michael Fawcett, the British heir’s longest-serving and closest aide, was accused of using his position and influence to help a Saudi businessman obtain an honorary title in exchange for donations, the Sunday Times reported last Sunday.

Prince Charles “has no knowledge of the alleged offer of honors or British citizenship on the basis of donation to his charities and fully supports the investigation now underway by The Prince’s Foundation,” a Clarence House spokesperson told CNN on Monday.

The developments come at the end of a bruising week for the royal family. On Friday, lawyers for Virginia Roberts Giuffre, a woman who says she was sexually abused by Prince Andrew as a minor, said they served him with legal papers for a civil lawsuit. Andrew has previously denied similar allegations made by Giuffre.

CNN has launched Royal News, a new weekly dispatch bringing you the inside track on the royal family, what they are up to in public and what’s happening behind palace walls. Sign up here.