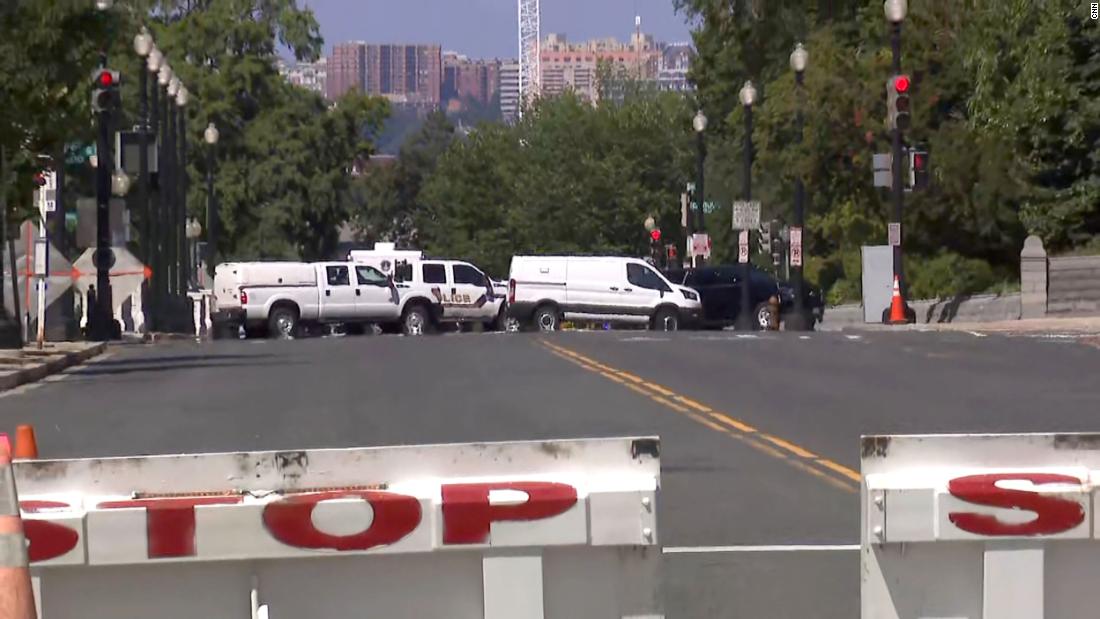 Police are sending negotiators to engage with a man in the truck making the threat, one of the sources said.

Two nearby office buildings for the Library of Congress and US House are being evacuated due to a suspicious vehicle in the vicinity, according to alerts sent to staffers viewed by CNN.

US Capitol Police on Twitter Thursday said they are responding to the incident of a “suspicious vehicle” near the Library of Congress.
“This is an active bomb threat investigation,” the USCP wrote on Twitter.

The Senate and House are not in session, and most lawmakers are not currently in their offices.