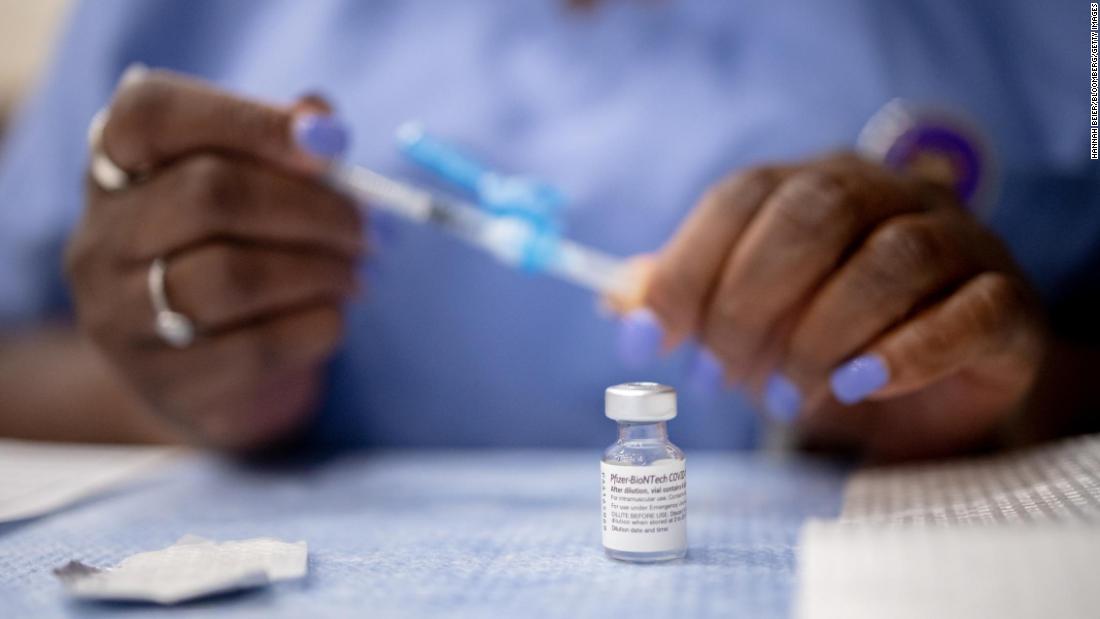 What’s happening: On Monday, the US Food and Drug Administration granted full approval to the Pfizer-BioNTech coronavirus vaccine for people aged 16 and over. It’s the first vaccine to receive this designation.

Step back: Since last December, when the vaccine received its first emergency use authorization from the UK government, allowing for the start of immunization campaigns, Pfizer’s stock has climbed roughly 30%. BioNTech shares are up about 207% during the same period.

But the scale of the pandemic is generating tons of revenue. In a note published Monday, Morningstar analyst Karen Andersen said she sees sales of the Pfizer shot reaching $35 billion in 2021 and $39 billion in 2022. After that, she forecasts $2 billion in annual sales, as the most vulnerable continue to receive shots.

“[The FDA] has now reviewed six-month safety data from thousands of patients in the phase 3 trial,” Andersen wrote. “This could encourage some individuals who were uncertain about the long-term safety of the vaccine to get vaccinated.”

Full approval also paves the way for additional vaccine mandates. The deadline for United Airlines (UAL) employees to get vaccinated or lose their jobs was bumped up Monday after the FDA announcement. CVS Health (CVS) also said Monday that it will require vaccinations for nurses, care managers and pharmacists.

“We also expect this approval to give more leverage to public and private organizations wishing to mandate vaccination, including universities and hospitals,” Andersen wrote.

Watch this space: Pfizer and BioNTech aren’t the only stocks benefiting from vaccination campaigns that could safeguard the economic recovery. Investors are also piling into travel stocks and movie theaters following the FDA news.

Store closures are expected to hit a 5-year low

Store closures in America are expected to drop to a five-year low in 2021— but that’s not exactly good news, my CNN Business colleague Nathaniel Meyersohn reports.

One factor: The industry, which has been hurt in recent years by a shift to online shopping, experienced a huge wipe-out last year, when closures were the highest on record.

Retailers in the United States are on pace to announce around 3,700 store closures this year, the lowest annual figure since 2016, according to commercial real estate data and analytics firm CoStar Group, which tracks public announcements from retail chains. The closures are estimated to account for about 40 million square feet of space, the lowest since CoStar began keeping tabs in 2008.

Last year, 12,200 stores closed as the pandemic forced consumers to limit their visits.

Now, as the economic recovery takes hold, the outlook is slightly brighter — at least for companies that have weathered the storm.

Only 10 major retail companies have filed for bankruptcy this year, compared with nearly 70 last year and 25 to 35 in the four years prior, Moody’s said in a recent research report.

“There’s less pressure to close,” said Ken Fenyo, president of retail research and advisory firm Coresight Research. “You’re seeing a strong return to the store. People are spending and beginning to get back out.”

After taking a beating in recent months, shares of JD.com (JD) are soaring.

Stock in the Chinese e-commerce company popped 15% in Hong Kong on Tuesday after the company topped investors’ expectations for its most recent quarter. JD.com said it added more than 32 million new users during the period, an all-time high.

That’s not all: The company’s stock is also benefiting from the Cathie Wood effect. Wood’s Ark Investment Management, which is closely watched by the Robinhood crowd, disclosed that it had bought back shares. Wood previously warned of a “valuation reset” for Chinese tech stocks.

Investors are hoping that JD.com’s strong results indicate that Chinese tech firms can continue to grow their businesses despite growing pressure from regulators in Beijing. Alibaba’s shares rose 9.5% in Hong Kong on Tuesday, while Tencent (TCEHY) rose 8.8%.

Worth nothing: The gains didn’t erase huge losses this year. JD.com shares are still down 18% in 2021, while Alibaba’s stock is off 28%. But in the wake of sharp declines last week, when China passed sweeping new rules about the collection and use of personal data and proposed major changes to curb anti-competitive behavior by big internet firms, the rebound indicates that some investors see good deals.

JD.com, for its part, reassured its investors that the tougher regulatory regime wouldn’t hurt its prospects.

“We believe that the regulatory goals are conducive to JD’s long-term business growth,” Lei Xu, the company’s chief marketing officer, told analysts after the earnings report. “So far, our business maintained steady growth while committing to best compliance practices.”