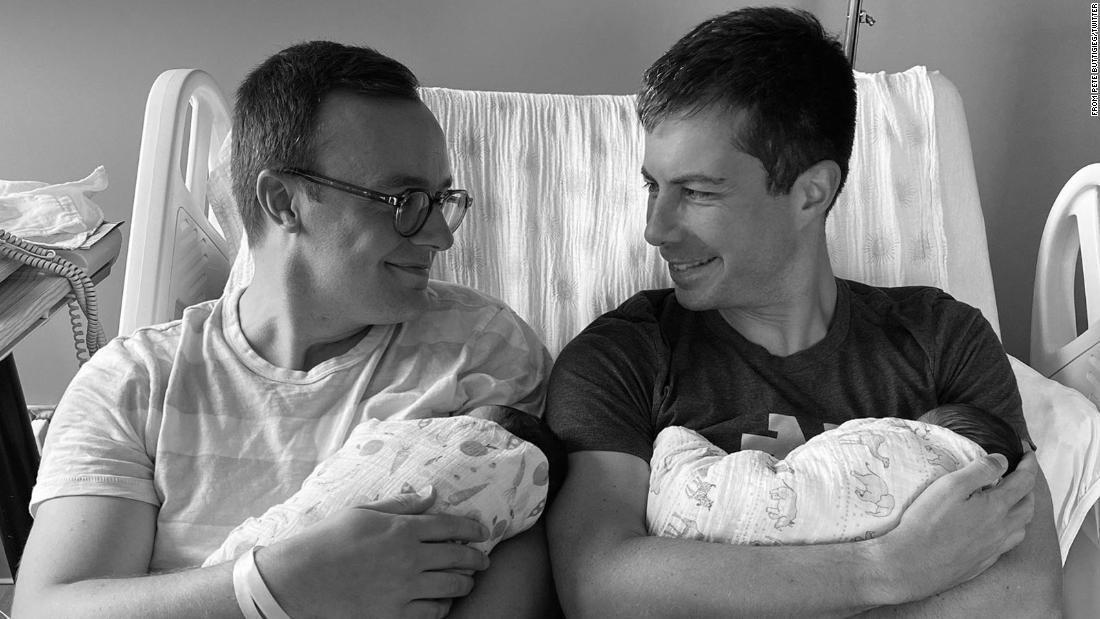 “Chasten and I are beyond thankful for all the kind wishes since first sharing the news that we’re becoming parents,” the Biden Cabinet secretary posted on social media. “We are delighted to welcome Penelope Rose and Joseph August Buttigieg to our family.”
Buttigieg shared last month that he and Chasten, an author and former teacher, had become first-time parents.

“The process isn’t done yet and we’re thankful for the love, support, and respect for our privacy that has been offered to us,” he shared at the time, adding that they had wanted to grow their family for some time.

The couple, who have been married since 2018, had been trying to adopt for a year, The Washington Post reported in July.
Joseph is also the name of Pete Buttigieg’s late father, who was a Notre Dame professor and died shortly after Buttigieg announced his exploratory campaign for president in 2019.

The Buttigiegs are also parents to two dogs — Truman and Buddy.