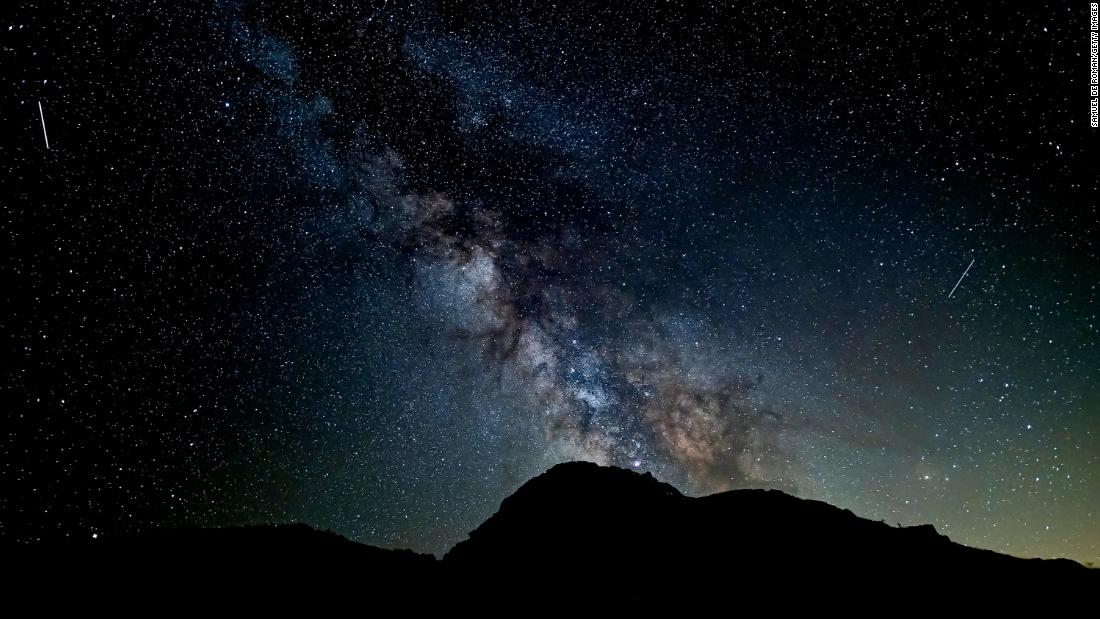 The meteor shower will peak from midnight on August 11 to dawn on August 13 but actually runs from July 23 to August 22, according to The Old Farmer’s Almanac.
Because the crescent moon will be setting early, the sky will be especially dark — which makes for an optimal viewing opportunity, according to NASA.

Up to 40 meteors will be available per hour to people whose in the Northern Hemisphere viewing locations are far from light pollution, according to NASA. Your chances drastically decrease to only a few per hour if you try to view the meteor shower in a city.

For the best viewing chances, give your eyes at least 20 minutes to adjust to the night sky, according to EarthSky. Set aside at least an hour to see the sky because the meteors come in waves, they added.
The fragments come from the comet known as Comet Swift-Tuttle, also known as Comet109P, which takes 133 years to orbit the sun, NASA said.
There are more meteor showers you can catch during the remainder of 2021, according to EarthSky’s 2021 meteor shower guide:

November 19 will see a partial eclipse of the moon, and skywatchers in North America and Hawaii can view it between 1 a.m. ET and 7:06 a.m. ET.

The year will end with a total eclipse of the sun on December 4. It won’t be visible in North America, but those in the Falkland Islands, the southern tip of Africa, Antarctica and southeastern Australia will be able to spot it.

Skywatchers will have multiple opportunities to spot the planets in our sky during certain mornings and evenings throughout 2021, according to the Farmer’s Almanac planetary guide.

It’s possible to see most of these with the naked eye, with the exception of distant Neptune, but binoculars or a telescope will provide the best view.

Mercury will look like a bright star in the morning sky from October 18 to November 1. It will shine in the night sky from August 31 to September 21, and November 29 to December 31.

Venus, our closest neighbor in the solar system, will appear in the western sky at dusk in the evenings through December 31. It’s the second-brightest object in our sky, after the moon.

Mars makes its reddish appearance in the morning sky between November 24 and December 31, and it will be visible in the evening sky through August 22.

Jupiter, the largest planet in our solar system, is the third-brightest object in our sky. It will be on display in the morning sky through August 19. Look for it in the evenings August 20 to December 31 .Starting earlier in August, it’s at its brightest through September 2.

Saturn’s rings are only visible through a telescope, but the planet itself can still be seen with the naked eye in the evenings now through December 31. It was at its brightest during the first four days of August.

Binoculars or a telescope will help you spot the greenish glow of Uranus in the mornings through November 3 and in the evenings from November 4 to December 31. It will be at its brightest between August 28 and December 31.

And our most distant neighbor in the solar system, Neptune, will be visible through a telescope in the mornings through September 13 and during the evenings September 14 to December 31.

It’s at its brightest between July 19 and November 8.