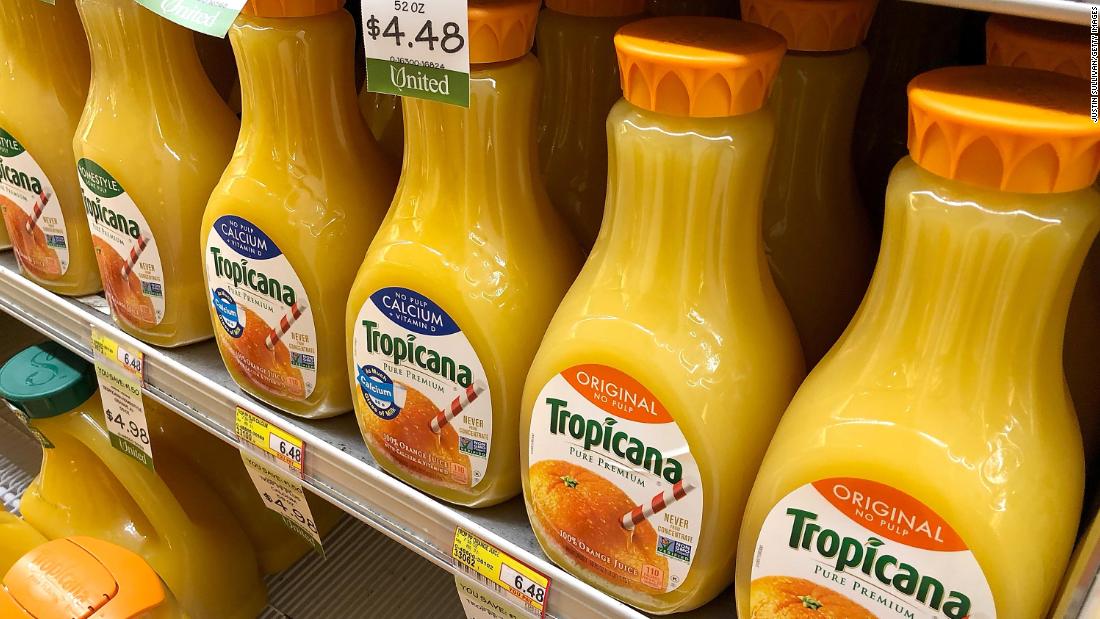 In the deal announced Tuesday, PepsiCo’s juice businesses in North America will be sold for roughly $3.3 billion to PAI Partners, with PepsiCo retaining a 39% stake in the newly formed business. The deal also includes the option for PepsiCo to eventually sell its European juice businesses at a later date.

PepsiCo (PEP) CEO Ramon Laguarta said in the press release that the sale will “free us to concentrate on our current portfolio of diverse offerings, including growing our portfolio of healthier snacks, zero-calorie beverages, and products like SodaStream which are focused on being better for people and the planet.”

Funds from the sale will be used to its strengthen the company’s balance sheet and is expected to close later this year or early 2021 depending on regulatory approvals.

PepsiCo’s juice business has been a drag on its bottom line. Sales of orange juice have been been declining steadily over the past decade, despite a slight increase in sales last year because of the pandemic.

Some consumers have turned against regular fruit juices. Traditional fruit juice, once thought of as healthy, has been recast as a source of empty calories and sugar. Today, fresh-pressed green juices, water and other low-calorie beverages have inherited that health halo. Plus, regular juice was long marketed as a breakfast drink. When more people started eating breakfast on the go, juice got left behind.

Shifts in consumer habits have also affected Coca-Cola. Last year, PepsiCo’s main rival announced it was shutting down dozens of underperforming brands, including the juice and smoothie label Odwalla.