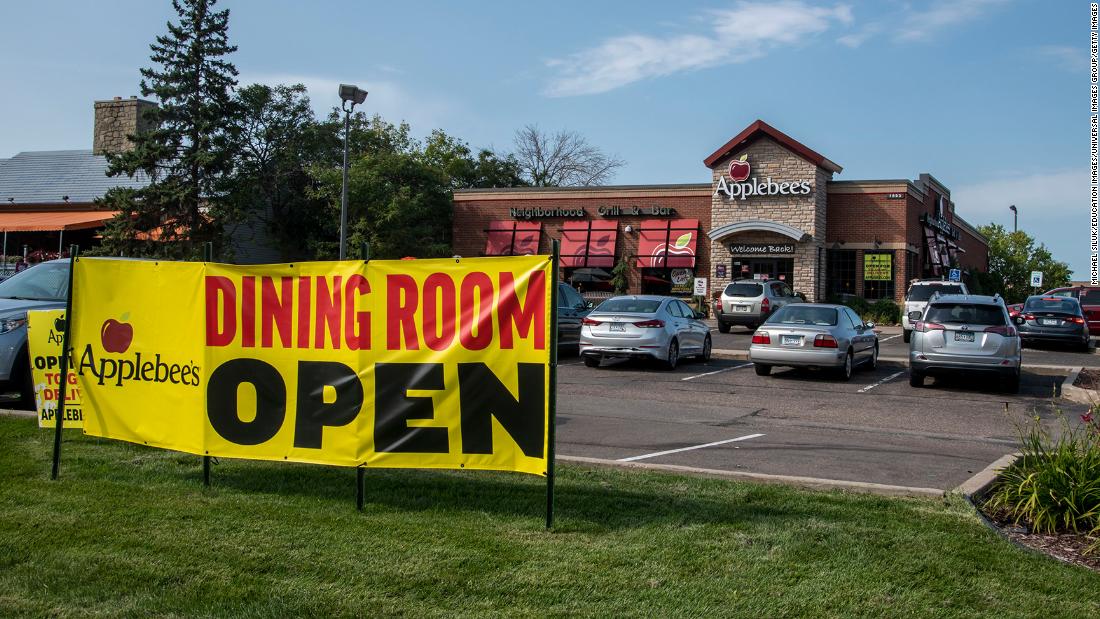 One reason? Attention from the song “Fancy Like” by Walker Hayes.

“This song lyrically is all about date night at Applebee’s, and it’s gone viral in a big way on social media — TikTok, Instagram and YouTube — providing great buzz for the Applebee’s brand,” Applebee’s president John Cywinski said during an analyst call Thursday.

Those lyrics, in case you were wondering: “We fancy like Applebee’s on a date night, got that Bourbon Street steak with the Oreo shake.” The song also nods to Wendy’s and Natty Light.

Pop culture references can help a brand attract attention, which is especially helpful when it needs a lift. And this isn’t the first time it’s happened: Sales at Red Lobster spiked the weekend Beyoncé released “Formation,” a song that mentioned its food as a reward for sex. And after Taylor Swift mentioned Olive Garden in the song “no body, no crime,” from her 2020 album ‘evermore,’ Eugene Lee, CEO of Olive Garden’s parent company Darden Restaurants (DRI), thanked her.

“When Taylor Swift drops our name in the song, our brand becomes very, very relevant,” Lee said during a December analyst call. “It’s a 40-plus year old brand that’s all of a sudden relevant with her audience … thank you to Taylor Swift for dropping Olive Garden in her song.”

Applebee’s gets a boost

Sales at US Applebee’s locations open at least a year grew 102% in the three months ending on June 30, compared to the same period last year, when sales had dropped dramatically. But even compared to 2019, sales were 10.5% higher.

It’s not just because of the song.

Cywinski had predicted that demand would eventually surge for Applebee’s food. “I believe Applebee’s is near an inflection point,” he said in a March analyst call. “And that America’s pent-up demand for dining out is indeed very real… when this does occur, our franchise partners are very well positioned to not only return to sustained growth but to thrive in a post pandemic environment.”

But, he warned Thursday, the growth will temper eventually. “While Applebee’s momentum remains strong, it would be unrealistic to expect these unprecedented double-digit sales [growth compared to 2019] to sustain in the back half of this year,” Cywinski said.

Applebee’s and sister brand IHOP could also suffer if shutdowns resume. “Our outlook would certainly be impacted [if] large areas of the country return to lockdowns or restaurant guests become uncomfortable dining out,” noted CEO Peyton during Thursday’s call.