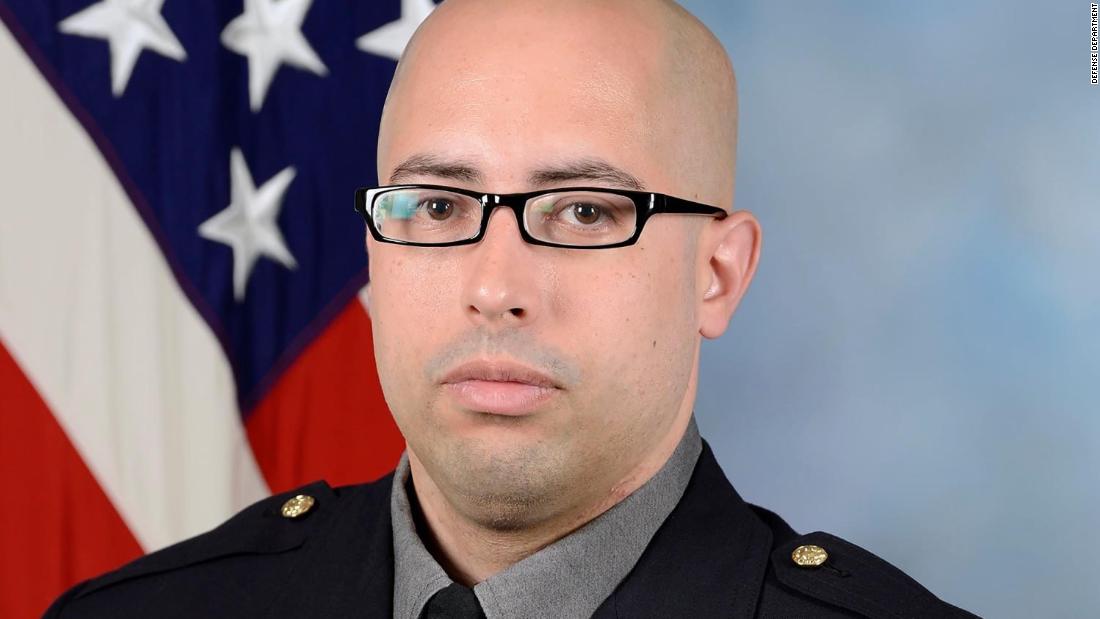 A defense official familiar with the initial reports said the officer was stabbed by an assailant and other officers responded rapidly and shot the suspect.

Before joining the Pentagon Force Protection Agency, Gonzalez worked for the Federal Bureau of Prisons and the Transportation Security Administration. He also served in the US Army, earning a Commendation Medal for his service in Iraq, the release said.

“Officer Gonzalez embodied our values of integrity and service to others,” the release said.

“A gregarious officer, he was well-liked and respected by his fellow officers,” the release said. “Officer Gonzalez’s family is in our thoughts and prayers. May he rest in peace.”

The White House offered condolences to Gonzalez’s family on Wednesday.

“I wanted to also take a moment to recognize the passing of Pentagon Force Protection Officer George Gonzalez, who was tragically killed yesterday in the line of duty. His life was one of service, a veteran of both the police and the military,” White House press secretary Jen Psaki said at the daily press briefing.

“He lost his life protecting those who protect the nation. We mourn his loss and offer condolences to his family,” Psaki added.

Kusse told reporters during a briefing on Tuesday that an officer was attacked on a bus platform outside of the Pentagon building.

“Gunfire was exchanged,” he said. Kusse acknowledged there were several injuries but did not say how many people were injured.

The “shooting event” occurred on the bus platform on the Pentagon complex and prompted a lockdown of the building with no personnel allowed outside, according to a message that was sent to the Pentagon workforce by the Pentagon Force Protection Agency.

The Metro Bus platform is a major entrance to the Pentagon used by thousands of personnel every day entering and leaving the building and is used by multiple bus lines in the area.

“Trains are bypassing Pentagon due to an on-going police investigation outside the station. Shuttle bus service is available,” a tweet from the WMATA Metrorail account said Wednesday morning.

This story has been updated with additional reporting.