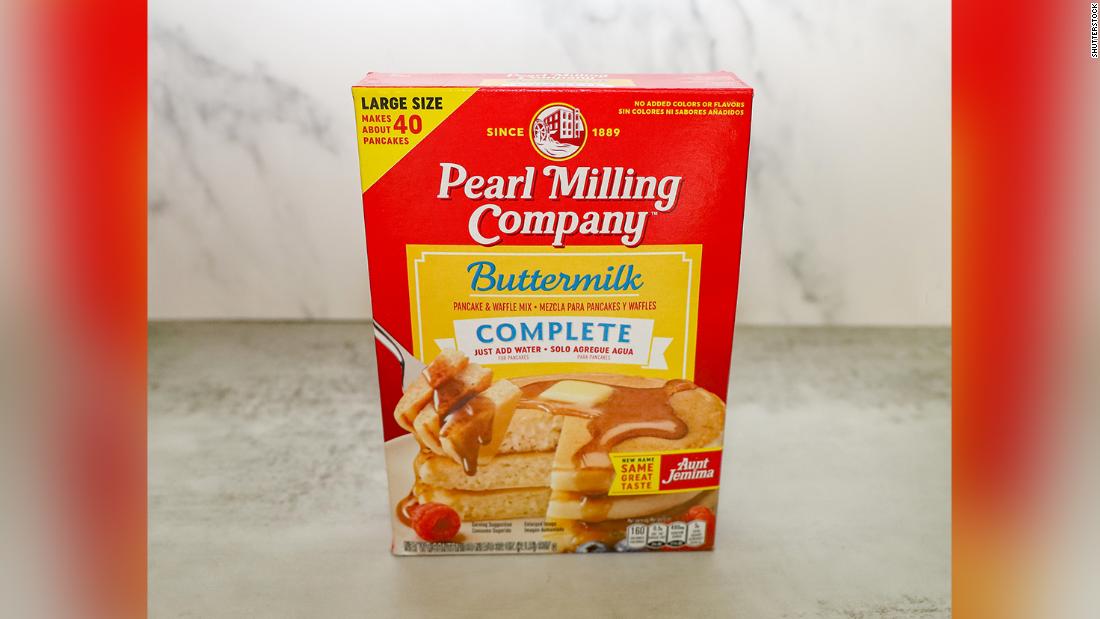 Aunt Jemima isn’t mentioned in two of Pearl Milling Company’s new commercials, one of which aired Monday. But parent company PepsiCo said reminding customers that the brand’s products haven’t changed is one of the ad campaign’s goals.

Boosting sales is another.

“Given that we’re still in the early stages of the rebrand process, there is a need for us to reinforce that Pearl Milling Company has the same great taste consumers have known for generations and with a new name that welcomes people of all backgrounds,” a PepsiCo spokesperson told CNN Business. “There’s also an opportunity for us to accelerate growth in the pancake and syrup categories.”

PepsiCo and its Quaker Oats subsidiary announced in June 2020 that they were doing away with the Aunt Jemima brand name due to its racist origins, something critics have been calling on the companies to do for decades.

In February, PepsiCo confirmed that Aunt Jemima would become Pearl Milling Company, a callback to the the late-19th-century business that invented the original ready-made pancake mix.

“Pearl Milling Company isn’t new to this,” the narrator says during one of the ads. “Our perfectly fluffy, syrupy goodness has been there for every special moment and we’ll always be here. Stack up the Mmmoments.”

“Shelves are still transitioning so it is too early to share sales figures, but we’re encouraged as we look at initial Pearl Milling Company velocity performance,” PepsiCo said via email.

The announcement of Aunt Jemima’s retirement came in the wake of the police murder of George Floyd last year, starting a domino effect among food brands with problematic logos and packaging. Uncle Ben’s, Mrs. Butterworth’s and Cream of Wheat are just three of the brands that confirmed they would either be reviewing their packaging or rebranding the products entirely.
The NFL’s Washington Football team also announced it would be changing its former nickname, a slur against Native Americans, after resisting calls to do so for decades. A spokesperson for the team told CNN Business earlier this summer that it won’t unveil a new name until next year.

Mrs. Butterworth’s parent company, Conagra Brands, told CNN Business earlier this summer that it is still in the process of reviewing the syrup brand’s bottle shape.