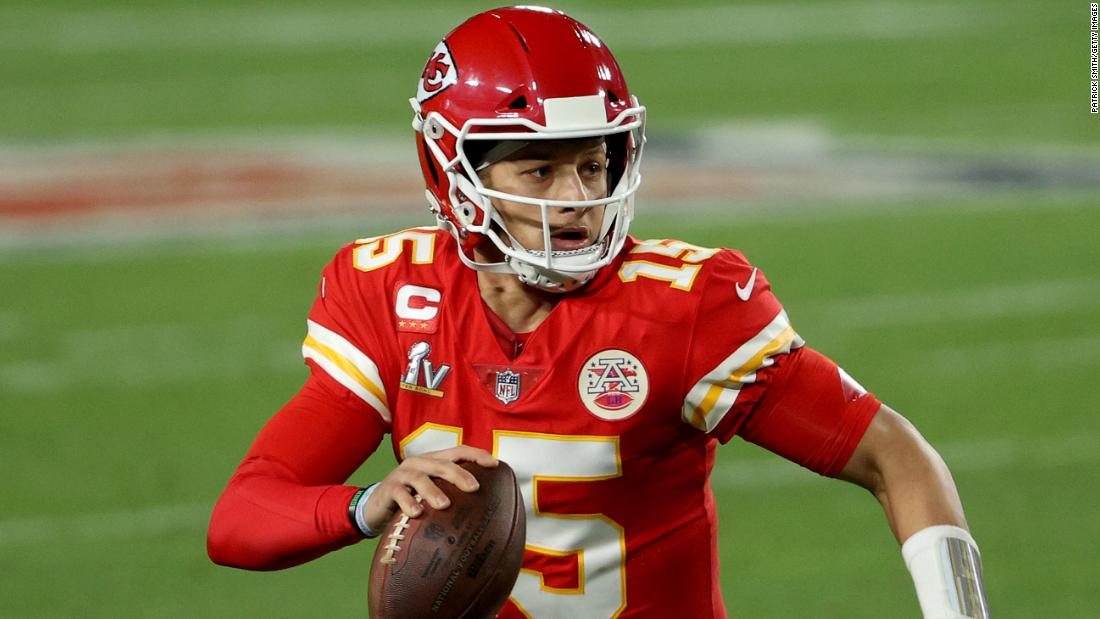 Months after the Tampa Bay Bucaneers beat the Kansas City Chiefs at Super Bowl LV and Brady’s rookie card became the most expensive trading card in football history, a Mahomes card is taking that title.
That’s the highest price ever paid for a football card, according to the trading card marketplace. It shattered the $3.1 million paid this year for a Tom Brady Playoff Contenders Championship Ticket Auto, PWCC said in an Instagram post.
LJ’s Card Shop made the record-breaking purchase. It called the card “truly a piece of art” and said it was “honored to add this card to our collection,” according to a tweet by PWCC.
Mahomes had few words in response to the milestone. “My goodness,” he tweeted.