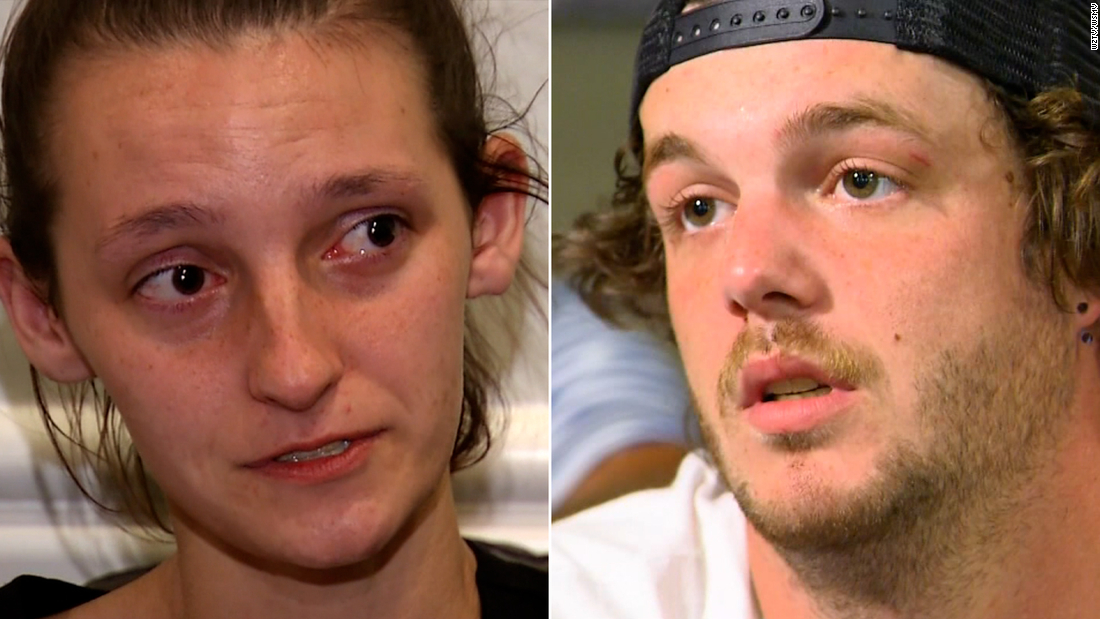 Now, the devastated couple, survivors of the flash flooding that killed at least 18 people, are planning the funerals of their babies, Rileigh and Ryan.

Remembering the babies as “happy,” Hall told CNN affiliate WZTV on Monday, “They made our life complete.”

CNN has tried unsuccessfully to reach the couple.

Dozens of residents were quickly overtaken by flash flooding brought on by Saturday’s heavy rain. More than 270 homes were destroyed.

Mother had stepped outside for help

The family’s ordeal began when a transformer blew around 6 a.m., waking them up. Before they were able to get up and leave, “water was coming in the house,” Rigney told CNN affiliate WSMV.

Around the area, raging waters were pulling homes off their foundations, leaving cars and other debris strewn about, and washing away much of what was in its path.

Hall went outside to seek help, but “the water just took me,” and “the only thing I could hang onto was a tree,” she told WSMV.

Meanwhile, water was filling the home, trapping Rigney and their four children — the oldest of whom is 5 — in a back bedroom, WSMV reported.

Water hit, and ‘that’s when I lost them,’ father says

Rigney tried to get out a window with his children, “but the water was coming in so fast, we couldn’t even get out,” he told WSMV.

He clung to them.

“And when the water hit and the room filled up, that’s when I lost them — I lost all of them,” Rigney recalled to WSMV.

His two older daughters — 5 and 1 — surfaced, but the twins did not. “It was the worst experience I’ve ever had,” he told WSMV.

As Rigney and the two older daughters struggled, a neighbor climbed onto their roof and pulled them to safety, WSMV reported.

Mother says she clung to a tree for hours

Hall remained in the rushing water for hours, holding onto the tree.

“The whole time I held onto a tree, for six and a half hours, screaming that I had babies at the house that needed rescue,” she told WZTV.

Hall eventually was rescued. “When I finally got saved, I was searching for (the four children), because I knew (Rigney) was alive. I didn’t know (about) my babies,” she told WZTV.

The twins were among those who died in the flooding, Humphreys County Emergency Management Agency spokesperson Grey Collier told CNN.

The infants’ funerals are scheduled for Wednesday and Thursday, according to WZTV.

Ryan “was my one and only boy that I prayed so hard for, and he always smiled — that boy was the happiest baby I’ve ever seen in my life,” Hall told WZTV.

As for Rileigh: “She was a diva. She was a drama queen. She had to have all the attention,” Hall told WZTV.

The flooding on Saturday was caused by several storms training over the same area. Extreme rainfall rates are becoming more common because of human-caused global warming, scientists say.