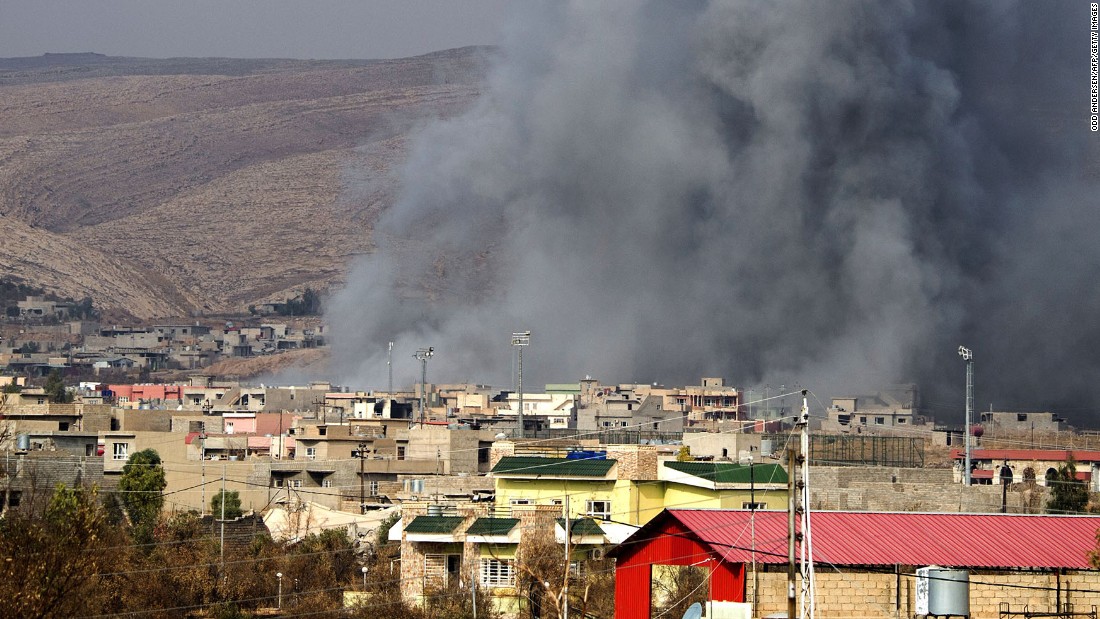 ISIS remains a major global security threat, present in multiple continents, with hardened terrorists ready to strike. As we have seen in Afghanistan, the battle against Islamist extremism isn’t linear. There won’t be a normal armistice and peace talks. It is a long war. In recent years, the fight against ISIS has shifted from tackling a terror group with a so-called caliphate, controlling cities and vast areas of Iraq and Syria, to fighting an insurgency in remote hideouts.

President Joe Biden signaled last month that the US will conclude its combat mission in Iraq by the end of the year. But without American forces on the ground here in a position to assist in combat if needed, the ISIS threat will grow exponentially — not just in this country, but potentially around the world.

Islamist extremism is a global movement bound by a transnational religious-political ideology. The threat still posed by extremist groups like ISIS did not start with 9/11 and it will not end if the United States and Western allies suddenly leave Iraq as they have in Afghanistan. In response to territorial losses in the Middle East, ISIS, alongside al Qaeda, has begun to invest time and energy in Africa, particularly the Sahel. But despite ISIS’s efforts to broaden its reach, we can expect the Middle East to remain a priority for the group, given its historical importance and its significance in their propaganda.

ISIS is already coming back with a vengeance in the region. Our forces believe there are more than 7,000 Islamic State fighters in Iraq who have been able to evade capture. Each one of these hateful veterans has the potential to radicalize many more from afar, given the reach of online recruiting, and they can do it via their phones or the internet, so distance doesn’t make you safe from them.

During the pandemic, ISIS reorganized itself and has since orchestrated increasingly frequent terror attacks in Iraq against civilians, the military, and the security services. Attacks in Vienna and Dresden in the last year have shown that the group still has the capacity to inspire and initiate acts of ruthless terror abroad. Affiliated groups have launched attacks in the last year in Nigeria, Niger, the Philippines, and other countries; lone-wolf jihadists adhering to similar ideology have killed innocent citizens in Nice and elsewhere.

President Biden knows that the US has allies in the region who wish to see American forces remain. We will fight to secure our homeland and do whatever it takes. But leaving the fight against ISIS to local forces is still a huge gamble. In 2014, the Peshmerga had to take over the operation in Kirkuk to protect the oil fields after the Iraqi army was unable to contain ISIS in the area.

It is vital that the Biden administration continues the American policy of supporting the Peshmerga operations to defeat ISIS. President Biden knows the importance of regional stability — as vice president during the Obama administration, he visited Iraq and has done so many times in his career. Biden was deeply involved in the US’ initial military operations against ISIS.
When then-President Donald Trump announced his intent to abruptly withdraw US forces from Syria in 2019, Biden argued that this would leave Syrian Kurdish allies vulnerable and that the US would face a greater threat from attacks by ISIS. The conflict may have since changed, but President Biden’s recent declaration that “America is back” rings hollow to some of those on the ground fighting ISIS in Iraqi Kurdistan, who see America instead turning its back on its allies in Erbil.
We need more support to suppress ISIS, not less. As a key Western ally, the Peshmerga was at the heart of the US-led coalition efforts to defeat the terror group when they were at the height of their strength, repelling attacks near the Iraqi Kurdish capital of Erbil and defeating ISIS in the battle of Mosul, alongside Iraqi government forces.
As the US prepares to end its combat mission in Iraq, the threat in our region is growing. Iraqi Kurdistan’s Qarachogh mountain has become a safe haven for ISIS fighters, while the Makhmour region is also witnessing a resurgence in ISIS strength.

We cannot allow jihadists the room to regroup in failed states or lawless regions. The world is watching Afghanistan closely as the Taliban return and has credible fears that they will permit al Qaeda to use their territory as a base of operations once more. In Iraq, the US and its allies must ensure that Iraq remains a hostile environment for ISIS.

There are two things the President should do to help.

President Biden must commit to maintaining a US presence in Syria and Iraq. US troops can provide essential manpower, technical expertise, and capabilities to aid the Peshmerga and other coalition forces in making sure that the region is free from the ISIS threat. Offering that support would also signal the President’s commitment to stamping out Islamist terror groups and would go some way toward rectifying President Trump’s withdrawal of America as a force for good from the world stage.

For the US, there would be risks. Iran-backed Shia militias have attacked US forces in Iraq, for instance. But as ISIS poses a serious threat to the region and the world, I believe this mission is well worth pursuing.

The US should also ramp up the military assistance, vehicles, and equipment supplied to the Peshmerga. Such assistance has been crucial in allowing the Peshmerga to effectively continue their work eradicating ISIS from Iraqi Kurdistan, and it is only by continued partnership with and support from the US that Kurdish forces will be in the strongest position to defeat ISIS.

The US and Kurds have long been partners in the fight against terror and despotism. ISIS remains a serious threat to stability in the Middle East and the security of the West. Their global ideological projection through propaganda will be bolstered by a Middle East presence in lands that have religious significance.

Not only for Iraqi Kurdistan’s safety, but for America’s and the world’s, President Biden must stand with the Kurds to ensure that ISIS militants are given no space to grow their ambitions and kill more innocent civilians.