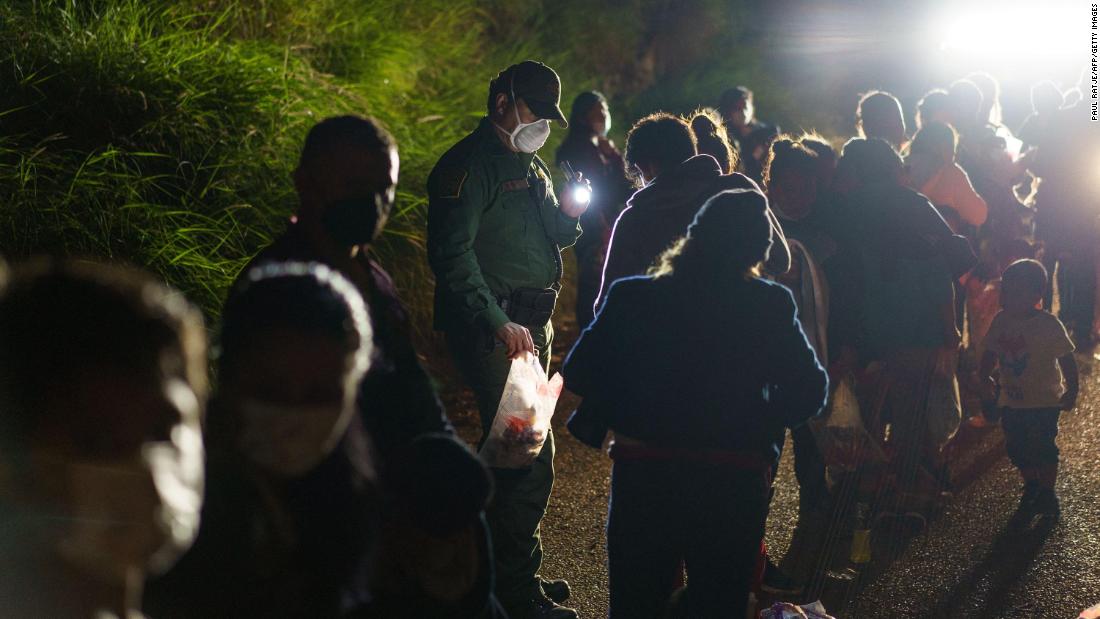 The Washington Post reported this week that the Barrasso ad, and others like it, link migrants to the pandemic — and then direct readers to fundraising pages.

But Barrasso is not the only Republican making such misleading claims, The Post noted. GOP lawmakers from North Carolina to Texas are doing the same, including Sen. Kevin Cramer of North Dakota, who claimed “thousands of unvaccinated illegal immigrants” were enjoying better health treatment than American citizens.

With these and similar lies, Republicans are falsely conflating immigrants with the spread of the coronavirus, playing on old fears that immigrants spread disease. The ads seem to violate Facebook’s policies regarding misinformation, but the company so far is not taking action against them.

The lawmakers who placed the ads are standing their ground. Cramer told the Post in an email that his ad did not target immigrants, and that it is a criticism of “inconsistent” Democratic policies. “Open borders for immigrants with no demands for proof of vaccinations while proposing mandates on American citizens is gross hypocrisy,” he wrote.
But the facts do not support the Republicans’ claims. An analysis by CNN found no evidence that migrants at the southern border are to blame for the Covid-19 surge. The true culprit is low vaccination rates in some states and the extreme transmissibility of the Delta variant.

“It should be obvious that the greatest risk of acquiring Covid is from neighbors, not from ‘aliens’ pouring across the ‘wide-open southern border,'” said Ron Waldman, a professor of global health at George Washington University, referencing the words Florida Gov. Ron DeSantis’ used earlier this month to characterize the border.

Other news outlets have drawn similar conclusions about the misrepresentation of migrants and the virus’ spread.
What’s more, the Biden administration has extended Title 42, a public health law, that can be used to quickly turn back, on health grounds, a vast number of those apprehended. According to US Customs and Border Protection, 64% of migrants at the southwest border were removed from the US under that health order between January and June.
On Thursday, Homeland Security Secretary Alejandro Mayorkas said that the US has been encountering an “unprecedented” wave of migrants at the border in the summer months. Yet he also noted that the rate of positivity for Covid-19 among migrants is at or lower than the rates in local border communities.
And rather than offering any constructive solution at the border, where border officials have been turning away much of the record numbers of migrants, these lawmakers are taking the laziest, ugliest way out. They are scapegoating immigrants for Covid, rather than urging their constituents to get vaccinated. This is particularly offensive given that thousands of frontline and essential workers are immigrants.

Last year Facebook rejected ads from Donald Trump that claimed accepting more refugees would worsen the pandemic. At the time, a spokesman for Facebook said, “We rejected these ads because we don’t allow claims that people’s physical safety, health, and survival are threatened by people on the basis of their national origin or immigration status.”

While the current ads run by Republicans would appear to violate such a policy, Facebook disagrees. In the Washington Post, a spokeswoman drew a distinction with this latest round of ads, saying the new posts are “attacking unvaccinated people or potentially people with Covid, which isn’t an attack on a protected group.”

Clearly, Facebook is choosing a unique way of viewing the GOP ads, one that ignores the anti-immigrant sentiment as well as the underlying falsehoods that the ads promote. Although Facebook is a private company and entitled to its own polices, this is an example of willful corporate irresponsibility.

Consider that about 7 in 10 Americans use Facebook, so its reach is undeniably powerful. Yet Facebook is choosing to put profits over truth, accountability, and basic respect for Latinos and immigrants. That is a poor business decision from a company — one already facing increased scrutiny by regulators.