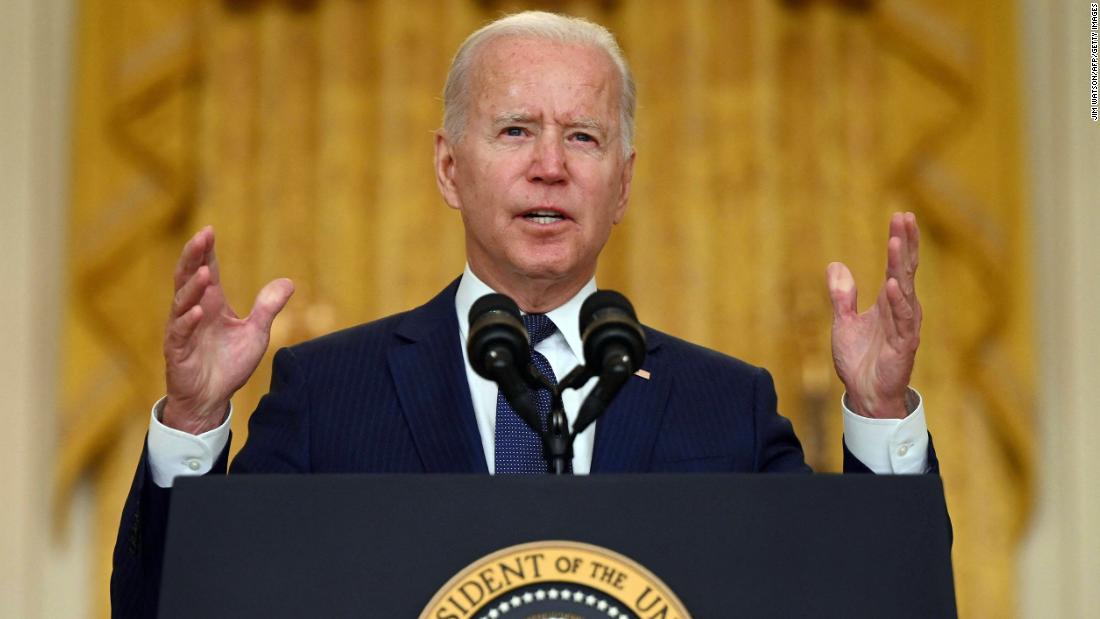 On one side are the hundreds of American citizens who remain in Afghanistan. The International Rescue Committee estimated earlier this month that 300,000 Afghans have worked with the US in some capacity, while the New York Times reported on Wednesday that an estimated 250,000 Afghans who worked with the US remain in Afghanistan.
On the other side are the terrorists who launched the attack Thursday at Kabul airport, killing 13 US service members and at least 170 others.

The Biden administration’s self-imposed August 31 deadline has now become a “red line” for the Taliban. At the same time Kabul airport is clearly very unsafe.

That means that some Americans and a far larger number of Afghans will be left in Taliban-controlled Afghanistan.

After August 31, some of those Americans and Afghans who have helped the US may try to evacuate via land to neighboring countries such as Pakistan. They would have to travel through considerable swaths of Taliban-controlled territory, or through Afghan provinces such as Nangarhar on the Afghan-Pakistan border where ISIS has maintained a presence for many years.

After the airport attack Biden spoke at the White House and continued to defend his withdrawal decision with a remix of specious arguments that he has made before.

First, that al Qaeda is gone from Afghanistan, while a recent UN report says the group has a presence in some 15 of 34 Afghan provinces.
Second, that Afghanistan has never been a united country, despite the fact that Afghanistan united as a country in 1747, before the US existed.
Third, Biden again hung his withdrawal decision on the agreement that former President Donald Trump had struck with the Taliban, even though the group didn’t reject al-Qaeda, a key point in that agreement. Indeed, the UN issued a report in June that al-Qaeda and the Taliban “remain close, based on ideological alignment, relationships forged through common struggle and intermarriage.”
Note that Biden has had no compunction in jettisoning other Trump-legacy policies, such as re-entering the Paris Climate Agreement and rejoining the World Health Organization.
And Biden again claimed Thursday that if he hadn’t gone through with the withdrawal he would have had to authorize a large US war-fighting force, when in fact the relatively small number of 3,500 US soldiers and 7,000 allied, mostly NATO, troops in the country were helping to maintain a fragile status quo in which the elected Afghan government remained in power.

Biden also pointed to other purportedly pressing terror threats in other countries as a rationale for the withdrawal. This was just after ISIS-K carried out what the Pentagon described as a “complex” attack at Kabul airport that left many dozens dead.

On Friday a US drone strike killed an ISIS-K planner and another ISIS-K member, who, a US defense official told CNN, were believed to be “associated with potential future attacks at the airport.” Biden was briefed on Friday that another terrorist attack at the airport was “likely.”
Is there a greater terrorist threat today than Afghanistan? The UN says thousands of “foreign fighters” have poured into Afghanistan in the past months, energized by the Taliban’s victories, to join jihadist groups such as al Qaeda.

Just when you think that Biden’s unforced error of unilaterally and incompetently withdrawing from Afghanistan couldn’t get any worse, it does.