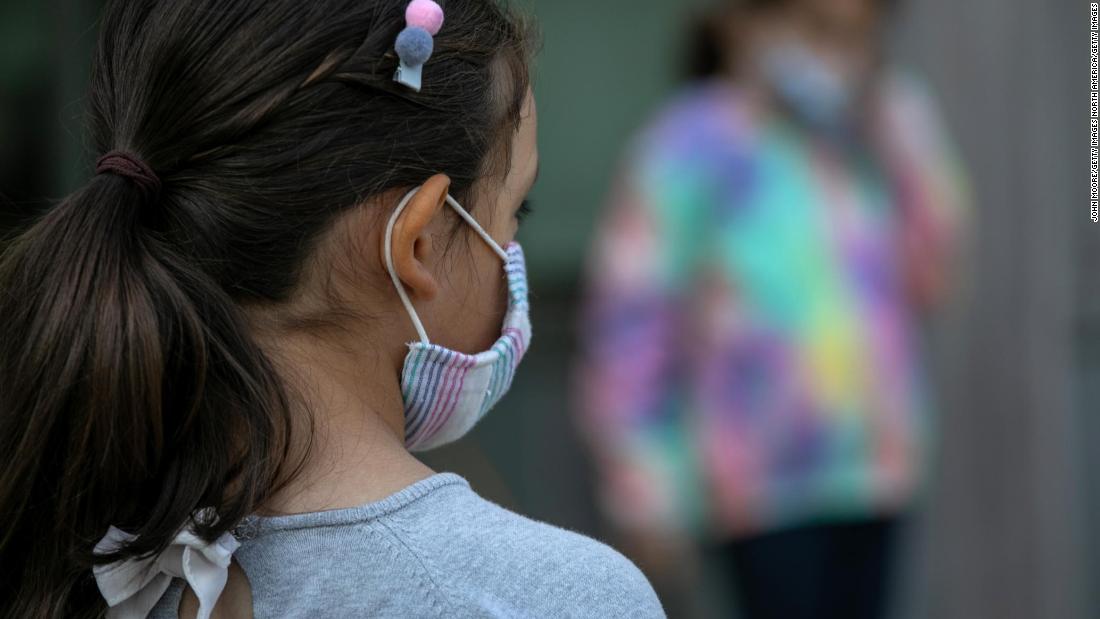 Thankfully, she’s fine now. Her fever responded to medication, her O2 was normal by the time she got into her hospital bed, and her pulse fell as she stopped panicking. It took longer for me to calm down.

But both my kids, my wife — all fully vaccinated and having cheerfully put aside our masks — recently got breakthrough Covid. It was a harsh reminder of what the rising numbers of Covid cases in the US reflect: that when it comes to contagiousness, this Delta variant raises a whole new series of risks.

As I was waiting for the doctor at the ER, despondent and afraid, I finally admitted to myself the painful truth so many parents are confronting: The school year that’s now upon us would be the third school year in a row driven by the ebb and flow of the coronavirus.

Thinking about this as Covid School Year Three raises the stakes for what comes next. In any given high school, like the one where my son will be a freshman in a few weeks, only the seniors will have experienced an uninterrupted year. Second graders will never have seen a normal year all the way through. In my daughter’s middle school, spanning 6th, 7th and 8th grades, not a single student has had a “normal” year of middle school. Unsurprisingly, studies are identifying higher levels of social and emotional difficulties in kids from pre-school to high school.
So while it’s with relief that I’ve greeted the news that more and more states, including mine, are implementing some level of precaution, like returning to masking as the new school year starts, I need something more. Families have been holding out hope for so long that the fall of 2021 would be a fresh start. As we face the grim reality that shows otherwise, parents and kids need clarity. We need state leaders and school districts to support year-long plans that follow data we (parents, teachers and elected officials) can all track.
Like most parents, I have my own preferences when it comes to remote vs distance schooling, masking and vaccine mandates, and I recognize that many of us disagree. But I hope we can come together around a principle of clarity that lasts all year.
One of the hardest things about parenting, at all times, is planning. Planning for meals, shopping, childcare, doctors’ visits, camps and so much more is part of the invisible labor of caregiving (and labor that research shows falls most heavily on mothers).
During the pandemic, the sheer impossibility of knowing what would happen next has taken all of us who do that work to the breaking point. Just as with our kids, parents grew more and more stressed throughout the pandemic, though a recent study found those levels were beginning to subside over the summer, but that was before the Delta surge. Now everything is getting difficult again, a problem exacerbated often enough by lack of clarity from leaders who perhaps didn’t want to break the bad news.
When schools first shut down in March 2020, it seemed clear that schools were done for the year, but my state’s governor waited a month to announce it. In the 2020-2021 year, we had two weeks of remote, then about six weeks of partial in-person attendance, then about two months of remote, then my son had four days a week (under special education rules) and my daughter none, then my daughter had four days and my son five days starting in late March, and then came summer. We tried to take it easy, reveled in seeing friends again, but now, here comes the Delta variant.
I’m glad that more schools are taking it seriously. The data is troubling. Kids under 12 are all unvaccinated, and unlike adults, can’t choose otherwise. Kids are getting infected more and more frequently in this current wave, which is resulting in more hospitalizations. Children’s hospitals around the country are filling up, many on the cusp of being overwhelmed.
In the face of these dire numbers, parents are demanding action and many of our leaders are beginning to respond. Even in Florida and Texas, where Republican governors have banned mask mandates, locals are stepping up. School districts in both states are defying the governors, prioritizing the health of their students even at the risk of sanctions from above. But for once in this pandemic it would be great if we could simultaneously address the crisis at hand and plan for the next few months. Our kids need stability. We parents also need help.

Start cautiously. Only roll back precautions when vaccination rates rise and infections fall to a predetermined level. Don’t make the shifting of modalities (online vs remote, full time vs partial, mandatory masking vs option) a decision in each instance, but set the standards and let districts or counties hit the levels or not. Before, we’ve been reactive each step along the way, always making choices about the crisis that’s just hit (or honestly hit weeks ago — it’s not like the current Delta wave wasn’t in progress all July).

This isn’t the argument I wanted to be making right now. I had hoped we’d be able to focus on healing from the trauma of last year, rather than continuing to fight this virus. Instead, it’s Year Three, and honestly, I feel worse than I did a year ago, and not just because I’m recovering from the virus. Last year, we all knew things were going to be a struggle. This year, the future just seems even more unknowable. That’s why it’s time for a plan rather than denying the truth; we’re in this together, but the pandemic is far from over.