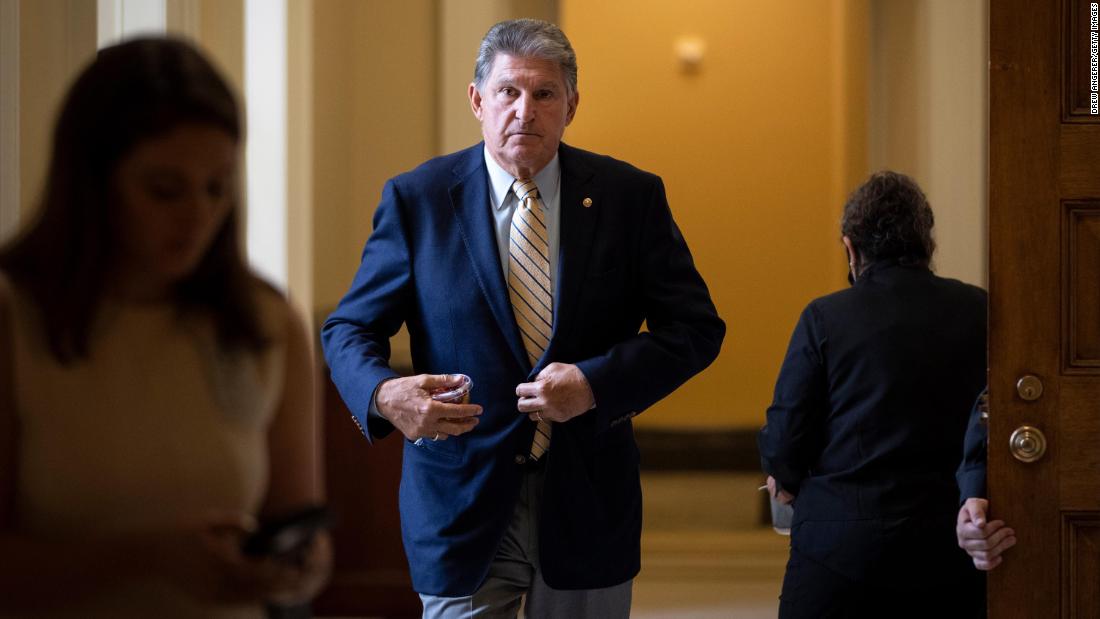 The headline, “Why I won’t support spending another $3.5 trillion,” gave the op-ed a false spin. That’s not what Manchin wrote. He wrote that he won’t support spending another $3.5 trillion “without greater clarity about why Congress chooses to ignore the serious effects inflation and debt have on existing government programs.”

Here is an answer for Manchin. The legislation should certainly not ignore inflation and debt. It should pay for the increased spending with increased taxes, exactly as is proposed in the budget resolution. Sen. Manchin is right to insist that the bill should be properly financed.

This leads to the real question: Can the $3.5 trillion be fully funded with new tax revenues paid by corporations and America’s rich?

Manchin is bedazzled by trillions of dollars. He speaks about spending “trillions upon trillions.” The word “trillion” appears in his op-ed repeatedly to convey the supposed immensity of the amounts in the Senate bill.

Let me reassure the senator. America can easily raise the needed $3.5 trillion in revenues. That amount is not large relative to the US economy or the immense wealth of America’s elite. Yet it is what the citizens of West Virginia and the US need to overcome hunger, poverty, lack of access to higher education and lack of modern infrastructure to protect them from the floods, droughts, forest fires, hurricanes and heatwaves claiming American lives.

To put this $3.5 trillion in perspective, consider the following. First, it is an amount to be spent over 10 years, not one year. Many have gotten into the habit of quoting budget numbers without context, and this distorts the public’s perceptions about affordability.

Second, the US Gross Domestic Product — the output of goods and services — will be around $23 trillion in 2021. That will grow in the coming years. The Congressional Budget Office forecasts that the GDP from 2022 through 2031 will be $287 trillion.
Thus, $3.5 trillion over 10 years is a mere 1.2% of the national output of goods and service over those 10 years. This is not much money, especially since our current federal tax collections in 2021 are only 16.6% of GDP.
Think of it this way. According to the Congressional Budget Office, the corporate income tax collected in 2016 was 1.6% of GDP. After 2017’s massive corporate tax cut under President Donald Trump, revenues declined to 1.1% of GDP in 2019, and the same is expected this year. Note that corporate income tax revenues as a share of GDP are falling while corporate profits are soaring, and that the corporate tax rate had collected more than 3 % of GDP in the 1960s and more than 2% of GDP in the 1970s.
Back in 2017, the Republican corporate tax cut did not pass Manchin’s fiscal muster. He voted against the tax cut. Yet so far this year he has opposed raising the corporate tax rate and recouping even some of the lost revenues. Manchin should agree to correct the wrong committed in 2017.
Here’s another basic point. According to the US Treasury, the federal government lost $600 billion in revenues to tax evasion in 2019, and will lose an estimated $7 trillion over the coming decade. The rich hide the highest share of their incomes on average, and the Treasury is recommending increased audits on high-income earners with the aim of collecting at least $700 billion more in taxes due over the next ten years. Yet the Republicans are resisting even such tax enforcement measures.

Here is another way to understand the modest magnitude of $3.5 trillion.

As of March, there were 724 billionaires in the US with a collective net worth back of $4.4 trillion. With the soaring stock market, their wealth is even greater today. Those 724 billionaires could each keep $1 billion for themselves and still fund the entire $3.5 trillion for the 1.8 million people of West Virginia and the 330 million people of the United States.
Now here’s the thing about the mega-billionaires. As their wealth has soared to levels never before reached in human history, many have paid next to nothing on their tens of billions of dollars of capital gains. Capital gains are taxed only when shares are sold. But instead of selling their shares, the mega-billionaires fund their lavish consumption by borrowing against their even more lavish wealth, thereby avoiding capital gains taxes. As Manchin’s Democratic colleague Sen. Ron Wyden is proposing, the billionaires’ capital gains should be taxed when they occur, not waiting for the shares to be sold.
Here is the bottom line. $3.5 trillion is affordable, even modest, compared with the vast income and wealth of the US. Yet the rich and the corporations need to be called to account. Manchin represents a state with one of the highest poverty rates in the nation, and the lowest life expectancy in the whole nation. The choice is really this: the citizens of West Virginia versus rich corporations, mega-billionaires, and tax cheats.