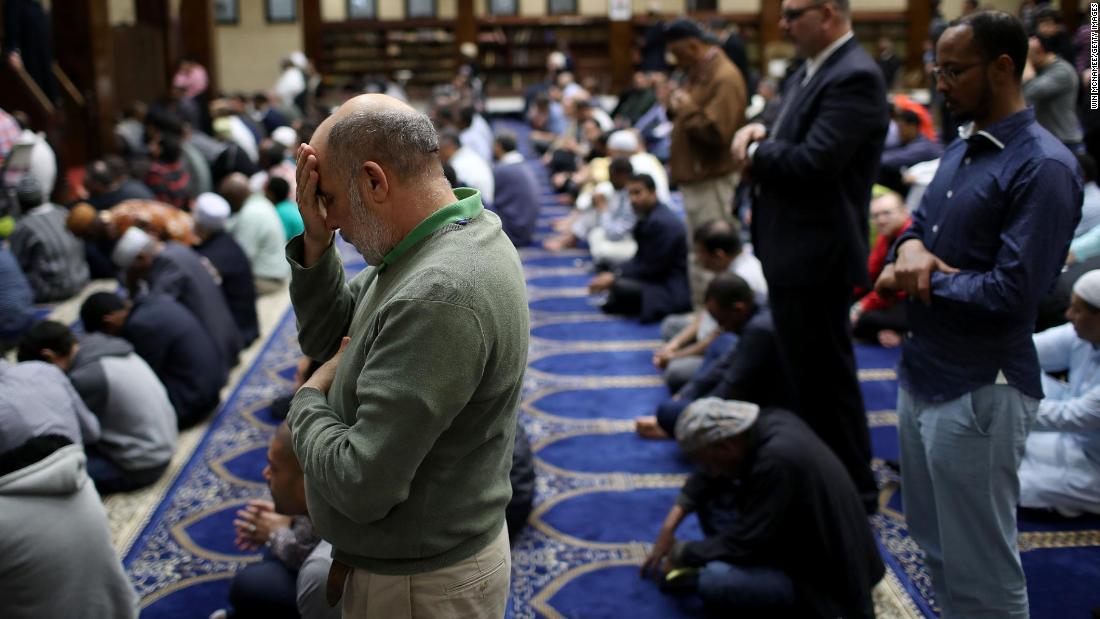 According to scholars Peter Gottschalk and Gabriel Greenberg, one in five enslaved persons brought to the United States from Africa were believed to be Muslim, but Puritan leaders like Cotton Mather dismissed the existence of Muslims altogether. Historian Thomas Kidd quotes Mather’s smug claim, “We are afar off, in a Land, which never had (that I ever heard of) one Mahometan breathing in it.”
The Islamophobia that exists in the US today, politically weaponized as a legitimate political view by former President Donald Trump and his supporters, weighs heavily on Muslim-American shoulders. My daughter, who was months old when the attacks on the World Trade Center and Pentagon and the hijacking and crash of United 93 in Pennsylvania happened, dreads September 11 just like so many other American Muslim children. Every September since the attacks, it seems, bullying and teasing ensue in American schools.

In this way, Muslim-American children are rendered suspect year after year, ensuring that they always bear the wounds of being unfairly demonized.

But as the world acknowledges the 20th anniversary of the attacks, it’s crucial to understand that America did not start discriminating against Muslims after 9/11. The seeds of Islamophobia in this country were sown long ago and nourished for centuries, though they bore their most poisonous fruit after September 11, 2001.

Recognizing these early roots of American Islamophobia, rather than focusing on a singular event, is one important way to counter its further (and still growing) proliferation. According to the Pew Foundation, in 2017 a whopping 48% of American Muslims said they had personally experienced discrimination, despite the fact that they make up a paltry 1.1% of the total US population. In March 2021, Pew found that 78% of Americans say Muslims are likely to face discrimination in the US.

It was in the last century that the US government also got into the act of singling out Muslims for mistreatment. In February 1987, the New York Times ran a story about a detailed memo originating from within the Immigration and Naturalization Service, then a division of the Department of Justice. It outlined a plan to apprehend, detain and deport large numbers of Iranians and Arabs living in the United States in case of a national emergency — not unlike the detainment of Japanese-Americans during World War II.

The memo reflected then-President Ronald Reagan’s desire for a more aggressive approach to the growing threat of terrorism faced by Americans, evident in bombings and hijackings in the 1980s. The work was the product of a committee within the INS authorized by the DOJ. After the memo became public, according to Politico, the committee was terminated and the plan abandoned. In interviews later, also according to Politico, committee members defended the rationale for the memo but also insisted the plan was not seriously considered for implementation.
Not long after the towers fell 20 years ago, Muslim non-citizens were indeed told to report to “special registration.” The National Security Entry-Exit System (NSEERS), which carried echoes of what the 1980s plan proposed, required all male visa-holders above the age of 16 coming from 24 Muslim-majority countries to submit to being photographed, finger-printed and interrogated, even if they had no connection whatsoever to any terrorist activity and had never been accused of any crime.
According to a 2012 Penn State Law and Rights Working Group report, nearly 80,000 men were singled out and subjected to NSEERS because they largely came from countries that shared a religion with the 9/11 hijackers. The message to ordinary Americans was clear: Muslims were either terrorists or terror sympathizers.
While he was evasive about the details, Trump often spoke of establishing what amounted to a Muslim registry. But Trump’s virulent Islamophobia was never unique.
I know people who were harassed and questioned by agents of the FBI. Right-wing media stoked Americans’ fears, while the NYPD racially targeted Muslims as part of their “Muslim Surveillance Program.” The program was the target of several lawsuits, which settled without the NYPD’s admission of wrongdoing; then-mayor Michael Bloomberg’s failure to apologize for the program cast a shadow over his 2020 presidential run.
In the aftermath of the 9/11 attacks, the West and the United States committed what essayist Pankaj Mishra has termed “intellectual suicide.” The much-touted Enlightenment values of tolerance, cosmopolitanism and a public sphere open to all were rejected with a resounding thud.

The American military’s occupation of Iraq and Afghanistan only worsened the problem. The US’s handling of those conflicts made it even easier for everyday Americans to point fingers at American Muslims as the enemy within. Popular culture has helped to harden these fears. The apprehension of Islamic terrorists in shows like “24” and “Quantico” and movies like “Zero Dark Thirty” further engrossed Americans in an armchair version of the War on Terror.

Twenty years after 9/11, many American Muslims are still forced to live an apologetic existence, one where being pulled off planes for simply “traveling while Muslim” and speaking Arabic has remained all too common. Despite the defeat of Trump and the installation of a Democratic administration in the White House that is avowedly committed to civil rights, Islamophobia still undergirds what defines a terrorist act.
That’s largely because the provision of the Patriot Act (enacted after the 9/11 attacks and intended to shore up US national security and itself a product of pervasive anti-Muslim fear) that criminalizes support for terrorist organizations cannot be applied domestically without running afoul of the First Amendment and other complications involved in labeling domestic groups as terrorist organizations. What counts as “terrorism” legally is primarily limited to foreign threats. As such, White supremacists and other domestic radicals and terrorists, while noted by the FBI and others as a far greater threat than foreign terrorist elements, too often evade scrutiny and are not labeled or charged as terrorists. Not only does this make our country less safe, but it also helps — in tandem with cultural representations like the ones above — to perpetuate stereotypes about Muslims as terrorists.

Muslim Americans, meanwhile, still have little recourse in a political environment where they are regarded by many as perpetual foreigners, even as White extremists radicalize in greater numbers, flexing themselves in moments like the insurrection at the US Capitol. All Americans should know this and be ashamed of this.

Over 250 years may have passed since Benjamin Franklin’s racist sarcasm, but too many American Muslims who have known no country other than the United States still face pressure to “renounce thy Faith” to be considered truly American. Reckoning with post-9/11 Islamophobia alone won’t address that history — and unless we do that, the future for American Muslims remains uncertain.