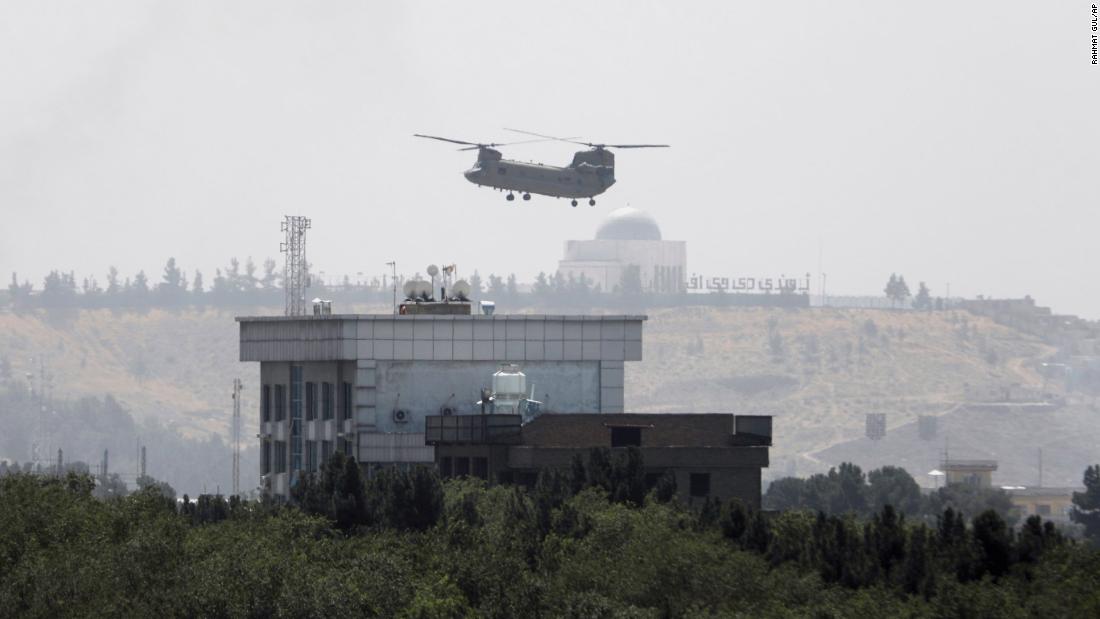 Saigon fell with President Gerald Ford in the White House. Ford tried to avoid blame by pointing his finger at congressional Democrats for having cut funding for any remaining operations. Voters also knew that the heart of the conflict had taken place under Presidents Lyndon Johnson and Richard Nixon.
Today, some commentators are wondering whether the fall of Afghanistan will be as damaging to President Joe Biden. The sense of defeat and the failure to anticipate the strength of the Taliban has left the administration defending its decision. Conditions in Afghanistan can easily deteriorate even further. Republicans are all over this issue, using it to question Biden’s capability as commander in chief. Former President Donald Trump, whose administration negotiated the deal to withdraw troops by May 1, called on Biden to “resign in disgrace.”
But the collapse of Afghanistan is unlikely to be a decisive political issue. Most importantly, the fall of Saigon was not the issue that led Ford to be defeated by Jimmy Carter in the 1976 election. Ford, whose approval ratings increased after April 1975, was brought down by many other issues that weighed heavily on the public. The dire state of the economy in the mid-1970s and the aftermath of Nixon’s resignation following Watergate for the GOP were far more important.
Nor is Afghanistan the same kind of political issue as Vietnam in the 1970s. Vietnam was one of the most important issues the nation had confronted by the time Saigon fell to the North Vietnamese. The conflict over the war had literally consumed American life. There had been a massive anti-war movement that made the war an unavoidable topic in college campuses, churches, schools, civic institutions, newspapers and television, political campaigns, and more. Given that there had been a draft in place until 1973, every American family had been forced to wrestle with the possibility that their child would end up being sent into this deadly conflict — and many were. Vietnam was woven into popular music, film, and fiction. In other words, the Vietnam War had been everywhere in American life for over a decade.
In this respect, Afghanistan is no Vietnam. Afghanistan is not an issue that most Americans have been following very closely.

Even during the presidency of George W. Bush when the Afghan war was launched, Iraq was a much more prominent topic. The debate in recent years over whether we should have troops in Afghanistan had been one primarily reserved for foreign policy experts and talking heads in the media.

The massive expansion of our counterterrorism infrastructure within the United States has made us safer from terrorist attacks than in 9/11 even if the Taliban should decide to help threatening forces once again.

In contrast to Vietnam, Afghanistan was not a debate that raged on the streets of America. As a result, the odds that this weekend’s events will make or break Biden’s administration seem small.

We also live in a short-attention-span culture. As Afghanistan fell to the Taliban, it felt like the other big political story of the week — Gov. Andrew Cuomo’s resignation — faded into media obscurity. This is the culture in which we live, where issues come and go within days.

Given that we are in the middle of August 2021, with the next presidential election taking place in November 2024, it is difficult to see how Afghanistan will hold as a primary political force so many months into the future.

The issue that does have legs, the one which is most important right now to most average Americans, is the pandemic. Afghanistan will not compete for attention with all the problems and challenges that are still posed by Covid-19. The pandemic impacts our health, our livelihood, our education, and our communities in a way that is far greater and more immediate than the position of the Taliban.

To be sure, Afghanistan will remain part of the Republican political lexicon. The fall of Kabul will be like the question of “Who Lost China?” when Republicans in the early 1950s continued to blame Democrats for the fall of China to communism in 1949. It served as a symbol to conservatives that Democrats could not be trusted to be strong on defense.

As challenging as this might be for Biden to contend with — and as disheartening it has been to see a twenty-year war end with this outcome — Afghanistan won’t likely determine Biden’s fate if he decides to run for reelection. Nor is it clear it will have any significant impact on the 2022 midterm elections.

What Biden can’t do is to allow the challenges with Afghanistan to take his energy and attention away from real wartime test that he continues to face — the need to rapidly expand the nation’s rate of vaccination, develop better treatments for Covid-19, and guide the nation back to the normal we all tasted earlier this summer.