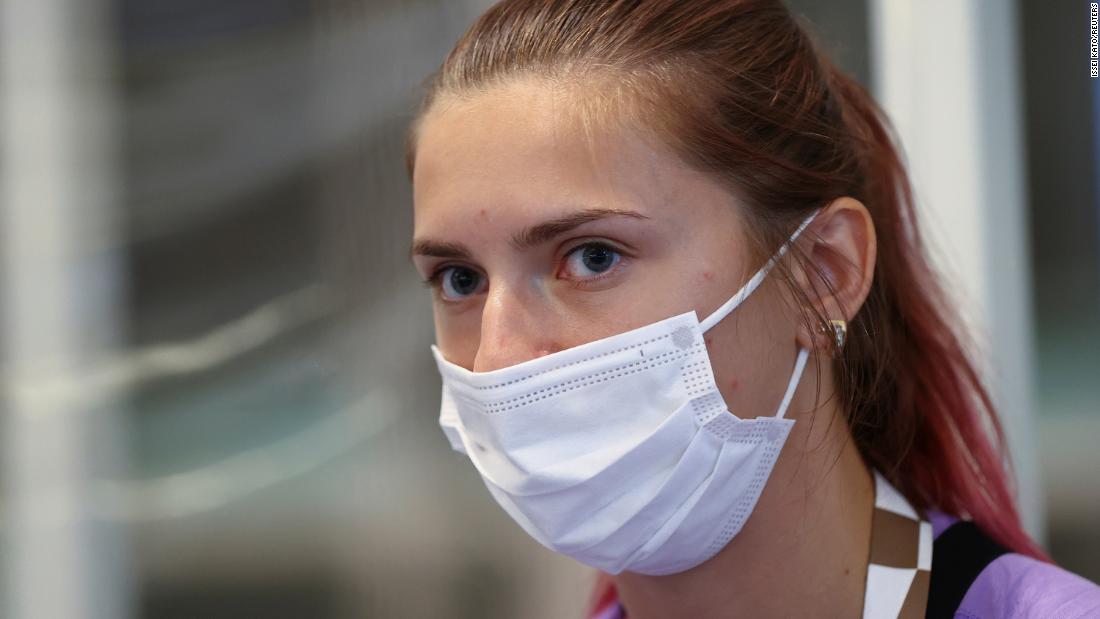 The regime’s trademark thuggery came into focus over the weekend when Belarusian sprinter Kristina Timanovskaya defected at the Tokyo Olympics after being forcibly scheduled into a race by her country’s coaches. Her public protests on social media apparently angered her team’s officials and the athlete was ordered back to Minsk but refused to board the flight home, instead opting to request political asylum in a third country.
In a complaint filed with an Olympic Sports Court, supporters of the athlete claim that coaching staff told her she was being withdrawn from The Games and sent home because she had posted on Instagram about being forced to run the race in place of a teammate who hadn’t taken the required number of anti-doping tests to compete. They further claim it violated her rights under the International Olympic Committee charter, which Games officials are investigating.
The reports of Timanovskaya’s treatment at the hands of Belarusian coaching officials, although unverified, are not surprising given other reports out of Minsk that reveal a country in chaos. Waves of international sanctions in response to the Belarusian government’s brutal crackdown on dissenters following elections in August that many describe as rigged have isolated the country and pushed it further into the embrace of Moscow. And unless recipient countries move quickly to provide genuine safe havens, no one fleeing Belarus — not even Timanovskaya — should consider themselves out of danger.

In the past months, the brutal response from the state has been on an extraordinary scale, with the number of people detained in the thousands. Many say they have been tortured while in detention. The latest detainee was Syarhey Hardzievich of the news outlet First Region, who on Monday was sentenced to 18 months in prison for “insulting” Lukashenko.
Lukashenko’s audacity has no boundaries. In May, in what many described as a hijacking, Belarusian officials forced a Ryanair passenger jet flying from Greece to Lithuania and carrying dissident and journalist Roman Protasevich to land in Minsk. And on Monday, Vitaly Shishov, who heads an organization in Kyiv supporting new arrivals from Belarus, was reported missing after a morning jog. On Tuesday his body was discovered hanged in a park. Police are investigating whether it was murder or suicide, while friends and supporters of Shishov are pointing the finger at Belarusian security services.
Shishov’s disappearance in broad daylight in a major European capital — and his subsequent death — create a good reason to fear for the lives of Timanovskaya’s husband and son, who, according to Twitter, have now fled to Kyiv. And it is chillingly reminiscent of the killing, also in broad daylight, of Belarusian journalist Pavel Sheremet, a well-known critic of Lukashenko who was a victim of a car bombing in central Kyiv in 2016.

“No one is safe in Belarus until Lukashenko steps down. He doesn’t respect international rules and norms. He’s a thug and a menace — and the West still hasn’t figured out how to get rid of him,” Melinda Haring, deputy director of the Atlantic Council’s Eurasia Center, told me.

While she is by no means a known Olympic brand name, Timanovskaya must have had to summon Olympian strength and bravery to defy a thug like Lukashenko and request asylum. It’s very unlikely she would have known whether the Japanese government, which has an abysmal asylum approval record, would facilitate her wishes. But she must have realized that The Games provide the perfect opportunity to seek assistance when she realized she needed it. Being the narcissists that they are, dictators flex their muscles by sending athletes overseas to win, not to lose or cause embarrassment.
When word of Timanovskaya’s attempt to flee went viral, several European countries did the right thing and lined up to offer the 24-year-old athlete asylum.
Timanovskaya chose Poland, which already serves as a popular refuge for several Belarusian dissidents, including the opposition Telegram channel, Nexta, and flew from Tokyo to Vienna on Wednesday, with her final destination being Warsaw. Its deputy minister of foreign affairs, Marcin Przydacz, confirmed Monday on Twitter that she has been granted a humanitarian visa and “Poland will do whatever is necessary to help her to continue her sporting career.”

No matter how many people they throw into jail, strongmen and authoritarian regimes need to know that in this day and age, ordering oppressive crackdowns and manipulating elections can bring harsh consequences — perhaps the most painful of which is losing your best and brightest, whether Olympic-ranked athletes or savvy tech specialists. In the case of Belarus, so fearful are those who think they may be on a wanted list that they are reported to be taking huge risks to flee the country — including undertaking dangerous crossings to neighboring Lithuania where rights groups offer assistance. More than 2,000 opponents of the regime, including opposition leader Svetlana Tikhanovskaya, have sought refuge there.
Several hundreds of talented technology specialists have also reportedly fled Belarus for countries such as Ukraine in the wake of the brutal crackdown by Lukashenko. The hit is especially painful as the information technology sector, which gave birth to the calling app Viber, accounted for 4% of the country’s GDP in 2020.

For those with the courage to speak out, such as Timanovskaya, it is crucial that EU and Western nations maintain strong solidarity by keeping their borders open to political asylum-seekers from Belarus — and, most importantly, keeping them safe from the long arms of Lukashenko’s allies. That includes solving the mysteries of the deaths of exiled dissidents in a timely manner. At the end of the day, protecting those who speak truth to powerful autocrats is a win-win solution for everybody except the oppressors.