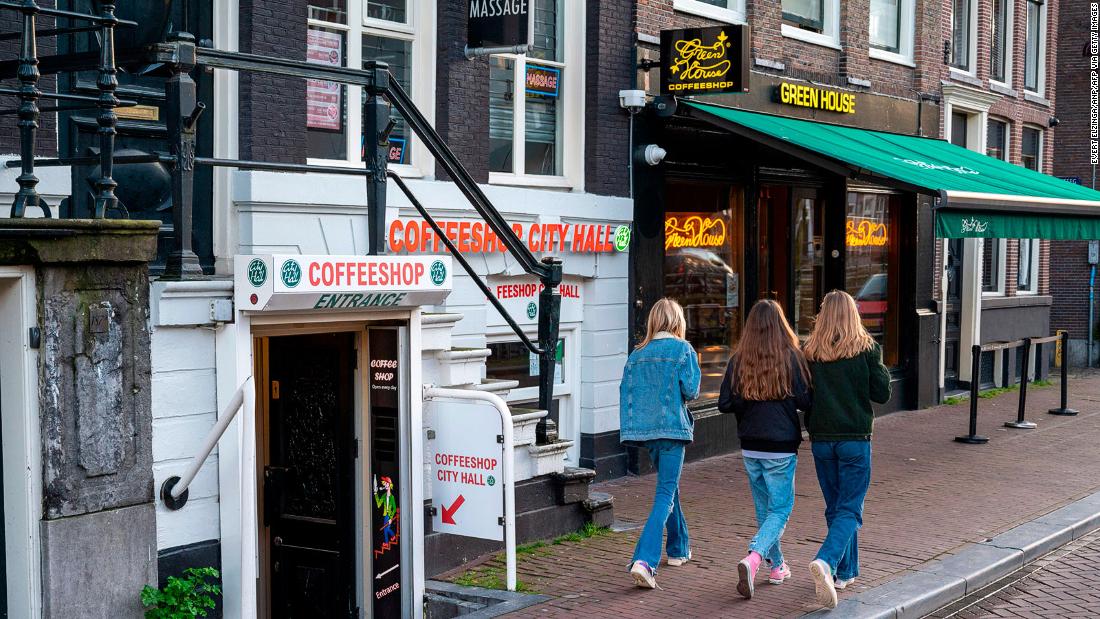 First, I had to remember how to pack again for a big trip. I added masks, doubled-checked my health coverage, and compulsively reviewed ever-changing international travel rules and Covid testing requirements. After months of avoiding crowds, busy airport lounges and check-in lines were unnerving. Most people wore masks, as required, but the few who refused or kept them on their chins reignited that burning fury that threatened to rob me of that prickling anticipation of being transported to a new reality. But I made it.

Amsterdam feels different. The August air is cool, the skies overcast, but something has changed.

Last year was the first in more than 20 that I didn’t come here. While I was away, 1.9 million contracted the coronavirus and nearly 18,000 died of Covid here in the Netherlands, a country of 17 million people. But things are getting better, and Amsterdam is coming back to life.

There’s an unfamiliar seriousness in the air. The city that routinely drew millions of visitors, some looking for high art, many simply wanting to smoke pot, has grown a bit quieter. The people, it appears to me, have become friendlier. The city seems more grounded — and lovelier than ever.

My last pre-pandemic visit was in 2019. Amsterdamers were exasperated, then, drowning in a flood of tourists. That year, an unbelievable 21 million people visited what is a relatively small city of less than 900,000 people.

Some tourists have returned, but the raucous crowds that made it impossible to hold your path for more than a few seconds on a sliver of sidewalk are nowhere in sight. The sidewalk cafes are still full when it’s not raining. They have more tables outside. The city is still lively. But you hear almost only Dutch, another noticeable change.

The narrow, cobble-stoned streets are still buzzing with bicycles, but the riders are almost all Dutch. Gone are the swarms of tourists in yellow or red-painted rental bikes, pedaling uneasily and stopping suddenly, disruptively, for snapshot of one of the distinctive 17th century Dutch houses lining the old canals.

The new seriousness of Amsterdam is visible in this year’s celebration of LGBTQ Pride Week. Amsterdam’s Pride is like nothing else on Earth. In non-pandemic times, the city is festooned with colors, and everyone turns out for the irresistible, exuberant Canal Pride parade, with resplendently decorated boats carrying groups of celebrants and playing loud dance music. This time, there is no parade. But the rainbow flags are everywhere, and in the weightier atmosphere, the flags of countries where LGBT status is still a crime fly from lampposts, draped with a black ribbon.
The Dutch authorities are making progress with the pandemic. After many missteps, a slow vaccine rollout, and a mind-boggling rush to reopen, the latest spike in cases is easing after the government apologized and reinstated restrictions. Vaccinations are now moving fast, little over half the population is fully vaccinated. And, in a promising sign, nearly 90% of the people say they either have been or plan to get vaccinated.
Like in several countries, far-right politicians tried to exploit the pandemic. The country saw ugly disturbances against lockdowns. But tensions have now subsided. (With no scheduled elections any time soon, there’s not much to gain at the moment.)

Most people are not wearing masks, but many establishments restrict the number of people they let inside. My neighborhood coffee bean store, founded in 1826, allows only two shoppers at the same time.

Unhappily, entrance to museums is less easy than it used to be. I keep an unlimited-access pass, so I always enjoyed walking the streets and spontaneously popping in and out of any of the dozens of museums across town. That’s not possible now. Now you need an appointment, also in an effort to limit the size of indoor crowds.

Large outdoor crowds are also not allowed. After huge festivals resulted in hundreds, if not thousands of infections, the government has limited the size of festivals to 750 people. As a result, organizers canceled events.

But Amsterdam in summer is a glorious city. Without the crowds, one can better admire its unpretentious beauty. The monuments are small, the houses only a few stories high, and now, without the mobs, there’s less shouting, less swerving, more time to watch the lighter traffic of boats gliding down the canals.

This was a good destination for my first international trip in nearly 18 months. Pre-pandemic Amsterdam might have been a shock to the system. I’m not the only one who likes it like this. The residents of the city have been complaining for years that their quality of life was declining because of overtourism. Authorities are trying to see what they can salvage from one of the few good outcomes of the crisis. They want to restrict arrivals, keep tourists away from cannabis “coffee shops,” and prevent them from overrunning the Wallen, the centuries’ old neighborhood that is also home to Amsterdam famed red light district.

Eventually, the pandemic will end and tourists will return. This new, more serious Amsterdam will become another one of the memories of this strange time. For now, walking along the iconic canals, recognizing the quiet, and seeing how much has changed, how even the people seem a little different, is part of what traveling is all about, a heightened sense of awareness, the unmistakable feeling of being alive, and the knowledge that the world is calling out with more places to visit. I can hardly wait! (And I have already made reservations.)