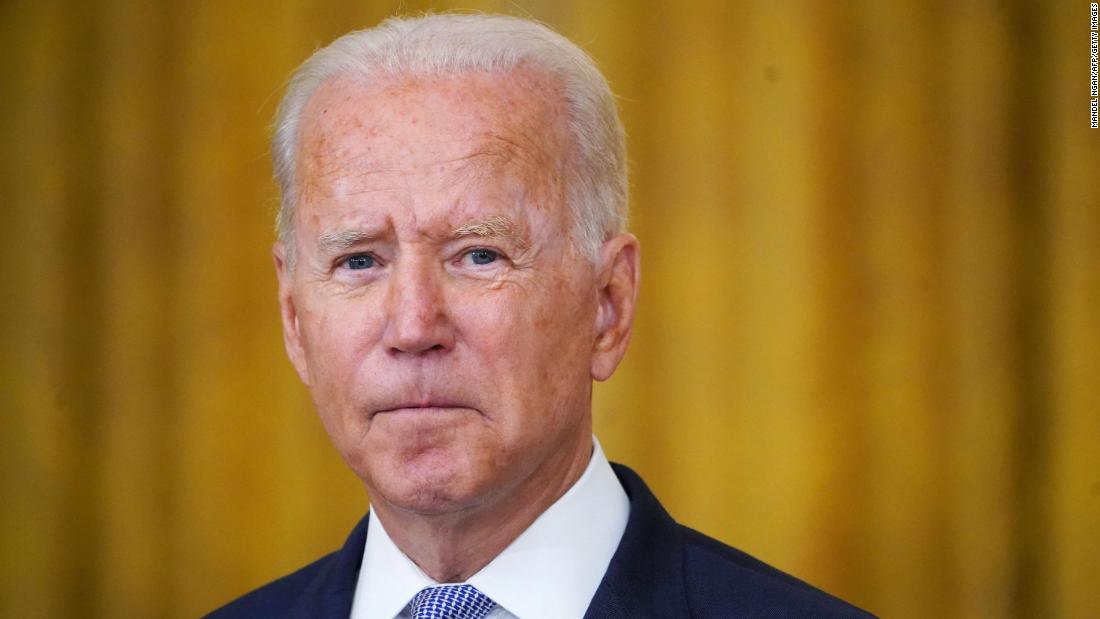 There is no danger of a sequel when Israeli Prime Minister Naftali Bennett sits down with President Joe Biden on Thursday at the White House. Indeed, Bennett is almost certain to have one of the smoothest White House meetings with a US President in recent years.
It won’t be the sugar high of the Donald Trump-Netanyahu relationship. There are significant differences between Israel and the US on several challenging matters — including how to deal with Iran’s nuclear aspirations and the Palestinian issue. But neither Biden nor Bennett is looking for any unpleasantness, let alone a fight. Both have an overriding interest not just in managing these divisions, but in projecting a close and warm relationship.
For Biden, Bennett will be his first meeting with an important US ally in the middle of the first major foreign policy crisis of his presidency. The Afghanistan crisis has highlighted issues such as competency, credibility and relationship management with allies for a president who has touted his skill in all three but has been found wanting. The Bennett meeting won’t solve Biden’s Afghanistan problem, but it might offer the US President an easy chance to change the channel — however briefly — and project the confidence and assurance of a president consulting closely with a core US partner.

Well before the Afghanistan crisis broke, Biden had a stake in creating a positive bond with Bennett. One of the myths about the US-Israel relationship is that Israel does not play favorites in our politics, and we don’t play favorites in theirs. Nothing could be further from the truth.

Within hours of the new Israeli government being sworn in, Biden had called Bennett to offer his congratulations — having waited more than three weeks to reach out to Netanyahu after his own inauguration. And Biden has intentionally slow-walked the opening of the US Consulate — essentially America’s diplomatic representative to the Palestinians — in Jerusalem so as not to embarrass Bennett with his right-wing coalition partners.

Biden has a major stake in seeing the Bennett government succeed — and not just to keep Netanyahu out of power, but because he senses that while progress on Iran and the Palestinians will still be tough with Bennett, himself a right winger, Israel might be inclined to show some flexibility given the diversity of the current parliamentary coalition.

Biden also knows that Bennett will not try to undermine him at home by cavorting with the Republicans like Netanyahu did. Indeed, the new government has all but committed itself to reaching out to Democrats and restoring bipartisanship to the relationship.
The May crisis between Israel and Hamas surprised the administration and forced Biden to navigate a fine line between a Republican Party seeking to establish itself as the go-to party on Israel and a divided Democratic Party whose progressive wing pushed Biden to press Israel to be more flexible with the Palestinians. The Bennett government offers Biden a better chance to manage the Palestinian issue so that he can avoid getting caught in the middle of another political battle between Republicans and his own party.
As for Bennett, he has every reason to want to create the closest relationship with the Biden administration. Bennett is probably the weakest prime minister in Israel’s history, presiding over an unwieldy hodgepodge coalition of right, center and left-wing parties where he controls only six seats. And one of the ways Israelis measure their prime ministers is by their ability to successfully manage Israel’s most important relationship with the United States.
While Bennett cannot be perceived to be weak on an issue like Iran, where Israel opposes US reentry into the Iran nuclear deal, there’s no advantage or point to Bennett having a public fight with Biden on that or any other issue. Negotiations with Iran have been suspended since June, and there’s a possibility Iran will try to come back to the table with demands Biden cannot accept.

Instead it’s more likely that Israel and the US will have a discussion on various scenarios, including how to coordinate policy should Tehran decide that the Iran nuclear accord has run its course. Ditto for the Palestinian issue where there’s no chance of a serious negotiation to end the conflict, but where Biden will be looking to Bennett for practical steps, such as strengthening the Palestinian Authority and taking steps to avoid provocation of the Palestinians in Jerusalem and elsewhere.

Bennett needs to understand that Biden’s priorities do not begin and end with Israel. And, amid the Afghanistan crisis, he needs to be supportive rather than demanding.

Of course, Israel has its own priorities when it comes to Iran and the Palestinians, and Bennett will lay them out sans the Netanyahu-style lecture. Indeed, Bennett’s most important objective during this visit is to establish a personal relationship with Biden based on trust and reciprocity. Then he must make clear that his goal is to find a way to manage both Iran and the Palestinian issues in a way that protects US and Israeli interests.

Alas, it won’t be easy. This is the Middle East where attended to or not, crisis often ensues, as the May conflict between Israel and Hamas demonstrated. With apologies to the Eagles, the Middle East is like the “Hotel California”: you can check out anytime you want, but you can never leave. And the two issues that are likely to leave Biden the most exposed are among the most volatile and unpredictable — a nuclear Iran and the future of the Palestinians.

For now, Bennett should make friends, not waves. It’s currency in the bank with a beleaguered president. And besides, knowing the history of US-Israeli relations, there will always be plenty of time later to argue about these issues.