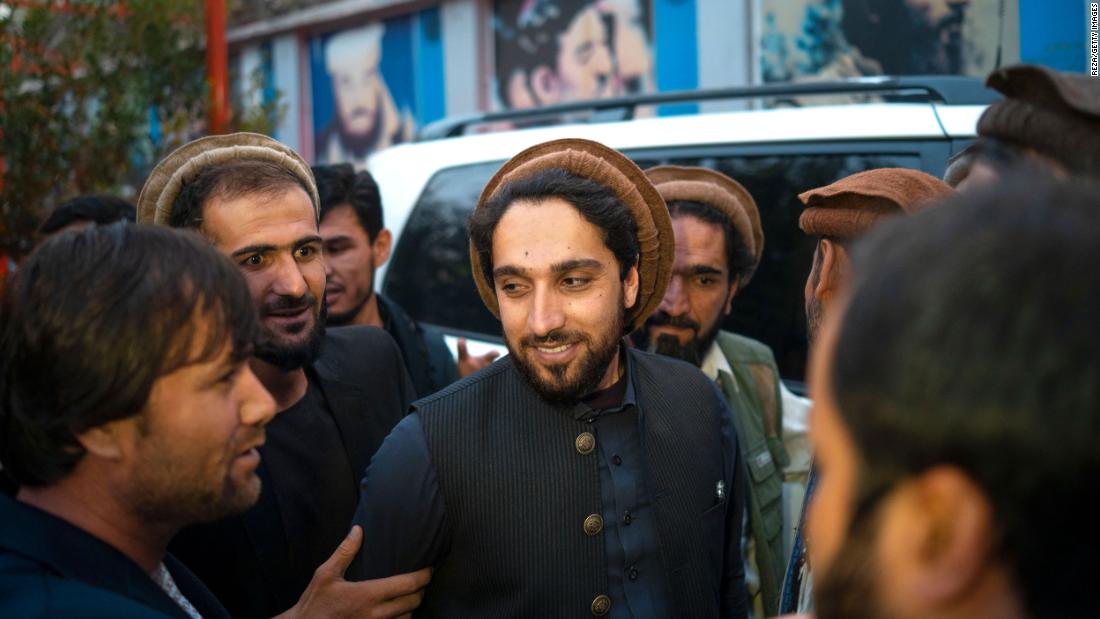 That resistance is led by Ahmad Massoud, 32, a graduate of Sandhurst, the British equivalent of West Point, who is the son of the legendary Afghan commander Ahmad Shah Massoud. The elder Massoud was instrumental in forcing the Soviets to withdraw from Afghanistan in 1989 and he led the resistance to the Taliban the last time that they controlled much of Afghanistan, before the 9/11 attacks.
Massoud was killed in Afghanistan by assassins dispatched by Osama bin Laden two days before 9/11, which was effectively al Qaeda’s curtain-raiser for the attacks on New York and Washington that followed.
In an interview, the younger Massoud said his forces are fighting “intolerance and oppression brought by one political force over the majority of the population that do not support them” and that Afghanistan needs a government that represents the nation’s many ethnic groups. Massoud is gathering anti-Taliban forces in the Panjshir Valley, a mountainous, inaccessible region north of Kabul where his father is buried. On Monday the Taliban fought Massoud’s forces in the Panjshir; seven Taliban were reported killed, according to Reuters.

We conducted this interview over email, through an intermediary.

Bergen: Why are you resisting the Taliban?

Massoud: Unfortunately, the Taliban have not changed, and they still are after dominance throughout the country. We are resisting dominance, intolerance, and oppression brought by one political force over the majority of the population that do not support them. The Taliban will only be accepted if they form an inclusive government with all ethnic groups in the country. Afghanistan is a country made up of ethnic minorities and no one constitutes a majority. It is a multicultural state instead of a nation-state. For this reason, they cannot be allowed to rule the country, and if they have this position, we will resist them. Only in a decentralized state where power is equally distributed between the different ethnic and sectarian groups, can we coexist peacefully. In addition, we believe that democracy, the rights, and freedom of all citizens regardless of race and gender should be preserved.

Bergen: Who is in your force? How many men? What kind of weapons?

Bergen: Your father held off nine Soviet offensives and also the Taliban: Are you continuing his legacy?

Massoud: We are trying our best to follow my father’s path and to continue his legacy. We are determined to defend our people and region until our last breath, and just as my father fought bravely against the Soviet aggressors and international terrorism, I am resolved to emulate him as much as possible and fight for independence, freedom, democracy, and other values he cherished.

Bergen: What are the Taliban weaknesses, militarily?

Massoud: The Taliban are not as strong as many believe they are. The reason why they took the country was the weakness of the government and the leadership of the Afghan military. Unfortunately, former Afghan President Ashraf Ghani purged the army of generals and officers who knew how to fight the Taliban and who had the will and motivation to fight the enemy. The leadership of the country was another problem. Ashraf Ghani lacked legitimacy, and the masses grew apart from his government in the recent years. Ghani and his national security adviser Hamdullah Mohib’s interference in the decision-making process of the Afghan military also weakened the armed forces. They are two individuals who lacked any military training or experience, yet it was they that made the final decisions on war plans.

Bergen: Are you still trying to negotiate with the Taliban?

Massoud: We are always in favor of negotiations, and my father also tried negotiations and peace before resistance. However, just as my father’s attempts were not met with sincerity and seriousness, my dialogue with the Taliban so far hasn’t resulted in anything tangible. I am not negotiating to be part of the government or to secure a few positions. I am negotiating to see if a political settlement can be achieved that can establish social justice, guarantee equality, rights, and freedom for all and preserve democracy. If the Taliban do not make concessions and continue to believe they can dominate the country, then we will also resist. The last time they pursued dominance, they were faced with five years of resistance.

Bergen: You studied war studies at King’s College London, and attended Sandhurst. Did this prepare you for fighting the Taliban?

Massoud: Yes, my time at Sandhurst trained me to fight and plan battles. However, my time at King’s College learning War Studies taught me how to avoid war and how to pursue peace as best as I can to avoid bloodshed. But negotiations have their limits and as Clausewitz points out, War is the continuation of politics, and if we face aggression we will be forced to fight and launch resistance to defend our land, people, and values.