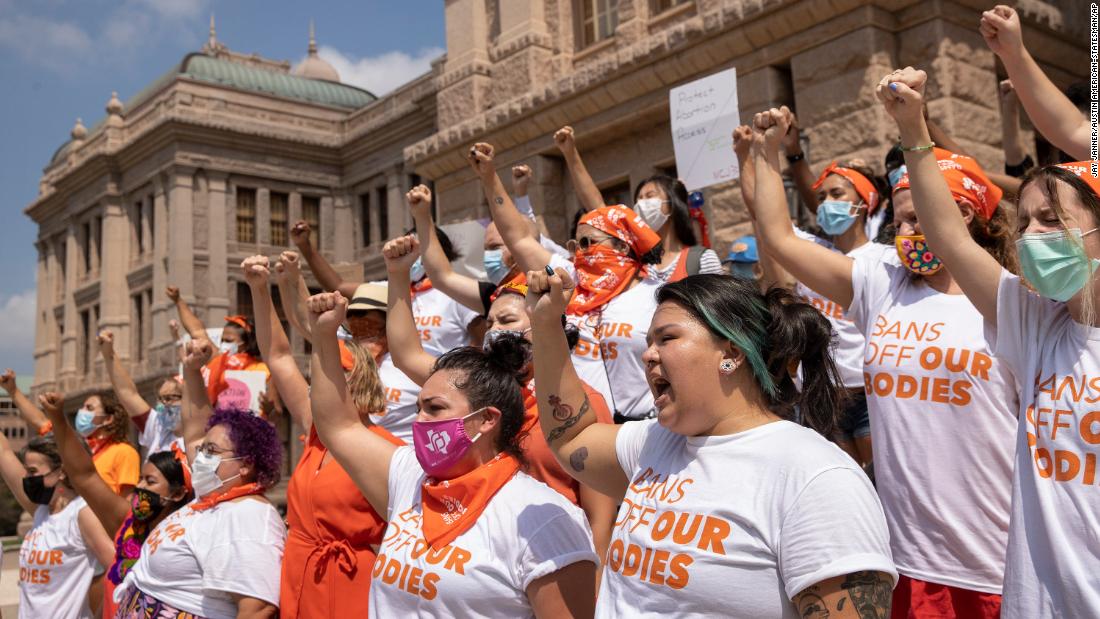 So why did Congress intervene back then? Because some ardently anti-abortion members of Congress thoughtlessly took on this case as way to burnish their pro-life credentials. Setting aside the fact that the case was clearly a state and judicial matter, these members charged ahead anyway, federalism and separation of powers be damned.
A private bill, Terri’s law, was enacted in record time. I was one of five House Republicans to vote against this invasive and egregious federal overreach. The optics of this debacle were manifest to the American people who were horrified that Congress would intervene in such a painful, personal family dispute which had been thoroughly litigated and settled in court.
Approval ratings of Congressional Republicans suffered as a consequence and the Terri Schiavo case may have contributed to the GOP losing control of both the House and Senate in the 2006 midterm election.
Which leads me to the Texas law that bans abortion at around six weeks, once a fetal heartbeat can be detected. Like the Terri Schiavo intervention, the Texas law is extreme and completely over the top. Banning abortion at six weeks, when most women don’t know they’re pregnant, with no exceptions for rape or incest, is problematic enough. But providing $10,000 awards to citizens if they successfully sue anyone who helps women access lawful medical services smacks of a sinister, Orwellian invasion of privacy.

Congressional intervention in the Terri Schiavo case offended the sensibilities of many Americans. The Texas law will, too. When ideological zealotry trumps common sense, expect a backlash.

As one of the last two pro-choice Republicans to serve in the House of Representatives, we may have been an outlier with the House GOP Conference, but not with my constituents and the American people. Throughout my life, I have witnessed the GOP chase moderate, pro-choice women (and men) from the party.
Yes, while many Americans are conflicted on abortion and are willing to accept some restrictions or limitations on issues like public funding or parental notification, most want abortion to remain legal under most circumstances. This problem began in 1980 with the much-admired Ronald Reagan who, as a presidential candidate, opposed abortion rights and the Equal Rights Amendment and incorporated these views in the Republican platform as a way to bring evangelicals and anti-abortion voters more solidly under the GOP umbrella. It should also be remembered that, as governor of California, Ronald Reagan signed into law one of the most permissive abortion rights laws in the country.
The Republican Party’s shift on this issue came at a political cost, and the party lost many women voters. My late aunt, Mary Dent Crisp, resigned her position in protest over platform changes as co-chair of the Republican National Committee during the 1980 GOP Convention in Detroit. She warned then that there would be real political consequences to the GOP if it turned its back on the Equal Rights Amendment and women’s reproductive rights. She was right 41 years ago, as the gender gap Republicans are experiencing — particularly college-educated suburban women — continues to worsen.

But back in Texas, the state legislature believes they will be rewarded by taking away rights granted under Roe v. Wade. What they have provided to Democrats is a golden opportunity to drive the gender gap to epic proportions. Democrats currently face daunting odds to maintain their narrow congressional majority in the 2022 midterm election and the Texas GOP has handed them an issue they will most certainly weaponize in any competitive district the GOP has in its sights.

Congressional Republicans should be playing offense and putting the Democrats on their heels over the massive $3.5 trillion reconciliation spending blow out and the surrender of Afghanistan to the Taliban. Instead, Texas Republicans have put the GOP on its spurs. Talk about snatching defeat from the jaws of victory.

During my nearly 14-year tenure in Congress, it always amazed me that some members constantly wanted to beat the drum on abortion politics. I felt strongly there was no winning with it — and so it was better to leave the issue alone as much as possible and focus on bread-and-butter issues more relevant to the lives of ordinary Americans who are not fixated on intractable social issues.

Defunding Planned Parenthood, requiring mandatory transvaginal ultrasounds for women exercising their reproductive rights, opposing embryonic stem cell research, backing life-begins-at-conception laws and constitutional amendments, and banning pre-viability abortions are all issues Republicans have advanced in Washington and state capitols across the country during my nearly 28 years of elected service. None of these issues were ever popular on a national scale, nor were they ever winning political issues.

One would think that after the disastrous congressional intervention into the Terri Schiavo matter, some folks would have learned their lesson to never put their faces on the hot stove again.