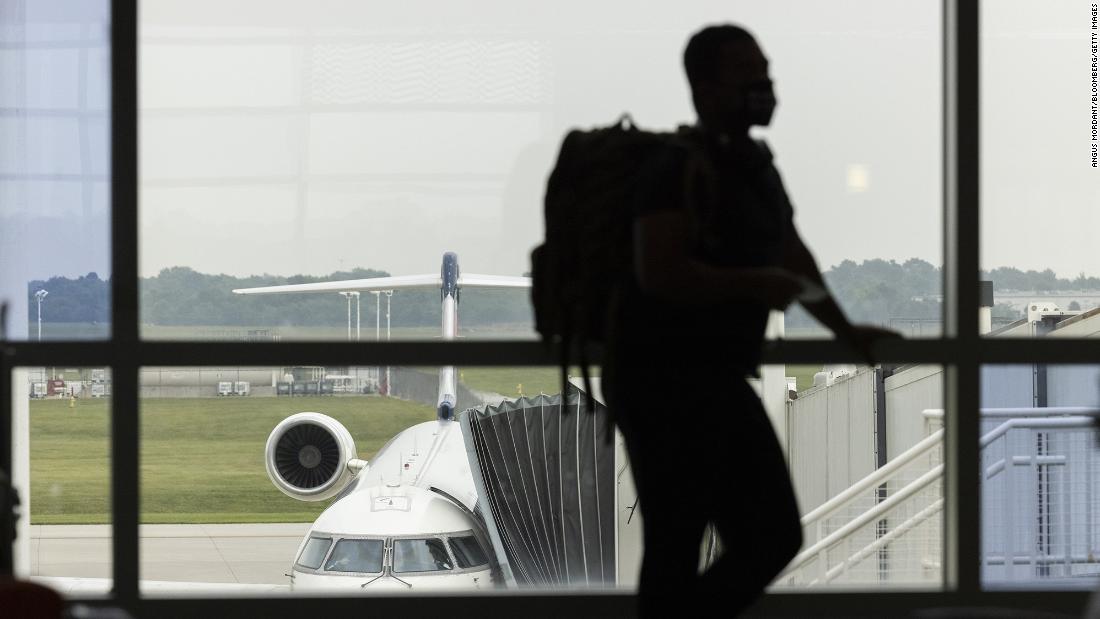 When the vaccines for Covid-19 became widely available this spring, there was widespread optimism that the pandemic would wind down quickly and the economy would spring back to full strength. No such luck. The highly contagious Delta variant of the virus, which is causing a serious wave of infections and hospitalizations, is doing substantial damage to the economic recovery.
This was clear in the August employment report from the Bureau of Labor Statistics. After adding close to 1 million jobs in both June and July, businesses added fewer than a quarter million jobs last month. That’s not bad in typical times, but not good when the economy is still down over 5 million jobs from before the pandemic.
The dramatic comedown in job growth was driven by businesses that either closed or lost sales due to the virus. Almost half a million more people were unable to work last month because the pandemic forced their employers to scale back. The biggest hit was to restaurants and bars, which had added close to 300,000 jobs in July but were then forced to cut payrolls in August. Hotels added workers, though barely, and recreational activities, which include everything from baseball games to Broadway, pulled way back on added jobs from previous months.
The Delta variant has also caused many businesses to delay requiring workers to return to their offices, which also hinders the economic recovery. Not long ago, many businesses were targeting this return for after Labor Day, but the beginning of 2022 now appears more likely. This is a blow to retailers and the service industry that cater to office workers, and it’s thus not surprising that transit-related jobs fell last month. Airlines continue to bring back workers, but they won’t be able to do so much longer if air travel continues to wane as it has in recent weeks. Nervous travelers are suddenly more cautious, and governments are reimposing travel restrictions.
Delta is further scrambling global supply chains, disrupting homebuilders, who are grappling with shortages of everything from lumber to appliances. Housing demand is booming, but builders can’t put up homes any faster for lack of materials. Jobs in vehicle manufacturing and at dealerships are stuck as the industry can’t get the semiconductors it needs to make cars and trucks. Vehicle sales have flagged, but not because people don’t want to buy. They do. There are just so few cars to buy that vehicle prices have gone parabolic.
Global supply chain issues have caused prices to jump for many goods, and while this will not persist, Delta ensures the higher prices will eat away at our purchasing power and spending for longer, costing us jobs. Just a few weeks ago, China shut down a key terminal at a major port after Delta had infected a dock worker. The cost of shipping a container on different East-West routes, which at this time of year will be filled with Christmas goods, is up 360% from a year ago.
Record job openings are also less likely to be filled quickly given the resurgence of the pandemic. Many of the millions of potential workers who have remained on the sidelines of the job market may delay coming back because they are sick, fearful they might catch Covid-19, or need to take care of family and friends who have it. Delta’s timing is especially bad, coming just as schools begin to open with in-person learning. Many parents who were not working since the pandemic hit, because they were stuck home with their children learning online, were already anxious about getting back to work. Now it’s even more difficult.

Yet, while Delta weighs on the economic recovery, odds remain good that it won’t short-circuit it. It is encouraging that vaccination rates have picked up, particularly in places where there has been a lot of reticence to get vaccinated; Delta has rightly spooked people into getting a jab.

Some deft policymaking would be helpful. The Federal Reserve has signaled that it will begin to wind down its long-term bond buying, or quantitative easing, before the end of the year. However, if Delta continues to intensify and September job numbers are as weak as August’s, the Fed should delay this move. The pandemic must cease to be an economic threat before the Fed lifts its foot off the monetary accelerator.
Also, lawmakers must soon pass some version of President Biden’s Build Back Better Agenda. This includes more spending on public infrastructure and support for a range of social programs. While this wouldn’t help the economy for another year or so — the plan is largely about lifting the economy’s longer-term growth — it would go a long way to ensure the economy will fully recover from the pandemic in a timely way.