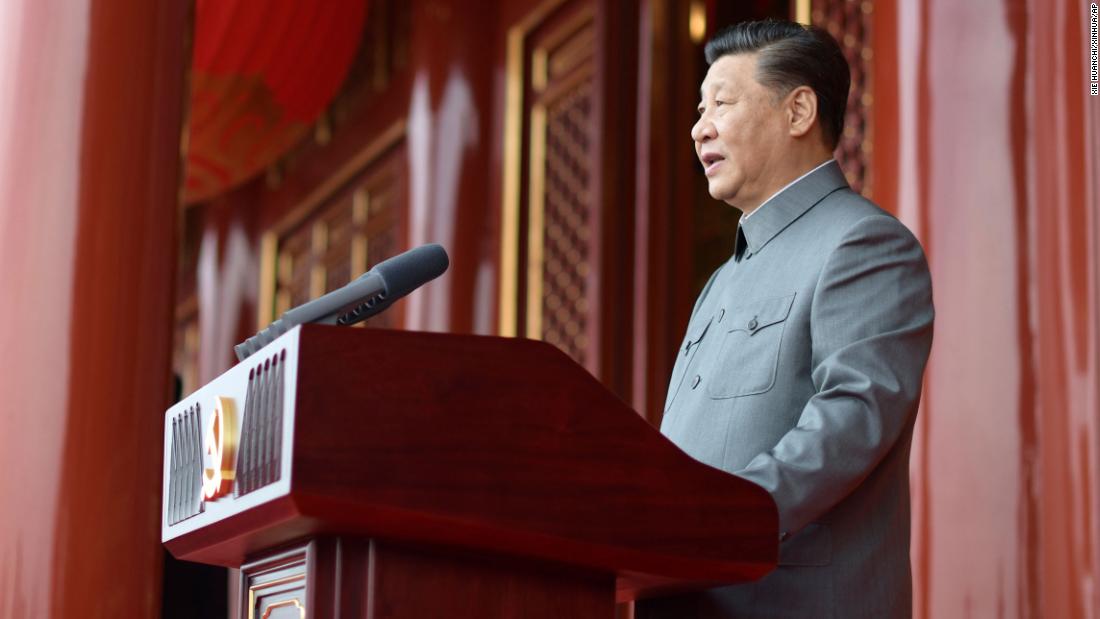 How has the CCP managed this impressive run? How does it view some of the darker corners of its past and present? And what comes next?

The combination of factors that the CCP has brought together in today’s China has no exact parallel in history.

The first factor is authoritarian government. The CCP has never been keen on liberal democracy, but in the past decade it has been explicit that it regards its one-party state as a meritocratic alternative to liberal democracy, not a stepping stone toward it. In the past year, the party has drawn attention to its successful suppression of Covid-19 in China under its own political system, and contrasted it with what party-aligned voices have called the democratic West’s failure to respond.

The second is the creation of a consumerist lifestyle. Back in the Cold War, then-US Vice President Richard Nixon and Soviet leader Nikita Khrushchev clashed in the “kitchen debate” over which system, capitalism or communism, could create a better lifestyle for ordinary people. In that case, most people might say the US has been the clear winner.

But today, China’s emerging middle class can point to a lifestyle that is far beyond anything their parents or grandparents might have imagined. They have some of the world’s most sophisticated mobile phones, they go on vacation to glamorous locations within China (the tropical paradises of Hainan or Dali), and they live in some of the fastest-growing cities on earth.

Of course, this is still just one part of the population. There is plenty of poverty all over China, and even for well-paid urbanites, there are many problems ranging from expensive mortgages to lack of pensions. But the creation of the party’s idea of the “Chinese dream” is a reality for many of the new middle class.

The third element the CCP has brought to bear is its global ambition. Back in the 1980s, Deng Xiaoping, the paramount leader who followed Mao Zedong, advised that China should lie low and bide its time, getting rich first and only seeking global glory later on.

Thirty years later, today’s party general secretary and national president, Xi Jinping, has made it clear that the CCP needs to make a splash in the world. The party’s global ambitions take many forms. They include the Belt and Road Initiative — the label given to the plan to provide loans for infrastructure development across Asia, Africa, and even Latin America. China also has sought more influence at the United Nations, including in key institutions such as the World Health Organization. Trade agreements are also part of the plan. The Regional Comprehensive Economic Partnership is a free-trade agreement that puts China at the heart of an economic network across the Asia-Pacific; the US is not a member.
Finally, but perhaps most significantly, the CCP is using technology to change society both at home and abroad. China spent 2.4% of its GDP on research and development in 2020, and the technology produced by this investment has both military and civilian uses: For instance, artificial intelligence can be used by the security services to pinpoint dissidents via specific technologies like facial recognition, but it can also turn up consumer insights from the vast e-payments system that is making cash more and more outdated in China.

This serves the party’s purposes, giving people everyday convenience while generating huge amounts of data that, many predict, will allow for unprecedented political control.

A prized — and curated — history

Those four factors — authoritarianism, consumerism, global ambition and technology — define the CCP of today. But the party is also deeply fixated on its own history.

It looks back to the Long March, the epic expedition in which some members marched as far as 6,000 miles in 1934-35, when the party was on the run from its opponents, the Kuomintang (Nationalist) rulers of China. Survival and recovery during this period is still regarded as one of the most important elements of the CCP’s claim to govern. The party also pays a great deal of attention to its role in the allied defeat of Japan in World War II.
But while the Long March and its eventual conquest of China in 1949 are all still historical topics that the party reveres, there are other elements that are kept in the shadows. The Great Leap Forward of 1958-62, an experiment in Soviet-style command economics that went horribly wrong, leading to a famine that killed more than 20 million people by some estimates, is rarely mentioned in official sources.

The Cultural Revolution, which turned China upside down in 1966-76 and led to millions suffering torture, murder and suicide, was acknowledged as an error in 1981. However, the most recent textbooks in China have altered that explanation, eliding some of the period’s horrors.

The party has repeatedly warned against “historical nihilism,” a phrase which essentially means deviating from the official, positive account of the party’s history.
The party is also proud of its Marxist history. Xi has spoken often of the importance of Marxism — the “class struggle” element of which has been cast aside in practice — as the way to understand China’s society, politics and international relations today. Far from being a relic of the Cold War, in China the ideas of “struggle” and “contradiction” help define the way that the CCP sees the world, not least its continuing quest to take the top spot in global influence from the United States.

The CCP has succeeded in holding onto power because it is an unashamedly nationalist party.

It believes that China was weakened in the 19th century because it did not have a clear idea of what kind of state it wanted to be. The CCP fiercely guards its territorial boundaries, and it regards criticism of its internal actions as “interference” with its sovereign rights. In the past year, there has been global alarm at the constraining of rights regarding free speech and democratic activism in Hong Kong under the National Security Law of 2020, as well as the detention of Uighur citizens in what the government terms “re-education” camps in the western province of Xinjiang. (The party also maintains the stated goal of reuniting Taiwan with mainland China and has laid controversial claims on disputed territories in the South China Sea.)

The party has responded similarly to all these criticisms: by declaring that they are purely internal matters for China.

In fact, there have been times in the recent past when China had a more diverse and permissive policy toward its ethnic minorities, as well as more space for free discussion on social media and for investigative reporting. However, the current direction of travel is toward a much more hardline, top-down definition of nationalism imposed by Beijing, in which regional, ethnic and linguistic differences are marginalized — and, indeed, in some cases are forcibly suppressed.

Where the party goes from here

The CCP and its leader, Xi Jinping, can look out on the world of 2021 with some satisfaction.

The economy is resurging after the pandemic — in fact, China’s was the only major world economy to report growth during the pandemic year of 2020 — and the country occupies a pivotal role in global politics.
Yet there are also rumblings on the horizon that may spell trouble ahead. A truly confident party would spend less time trying to close down all forms of dissent, yet the CCP seems intent on suppressing voices that ask awkward questions from think-tanks, universities and media, as one scholar alleged last year, in its quest to make sure that the “east, west, south, north, and center, the Party leads everything,” as it declared after the 2017 Party Congress. Longer-term issues loom: The effects of the one-child policy that ran for nearly 40 years mean that China’s population will rapidly become older and smaller overall from the end of the 2020s.

As things stand, opinion surveys from within China over the past two decades suggest that there is a high level of overall satisfaction with the party among the wider population. (That said, polling in China can be difficult — the size and diversity of the country makes representative sampling, and reliable poll findings, a challenge to produce.) The CCP has to remain alert to the economic bargain it has made with the population, which has come to expect rising living standards along with a more vocal role for China in the world.

The CCP has weathered its first hundred years. The next century will pose very different challenges to it.