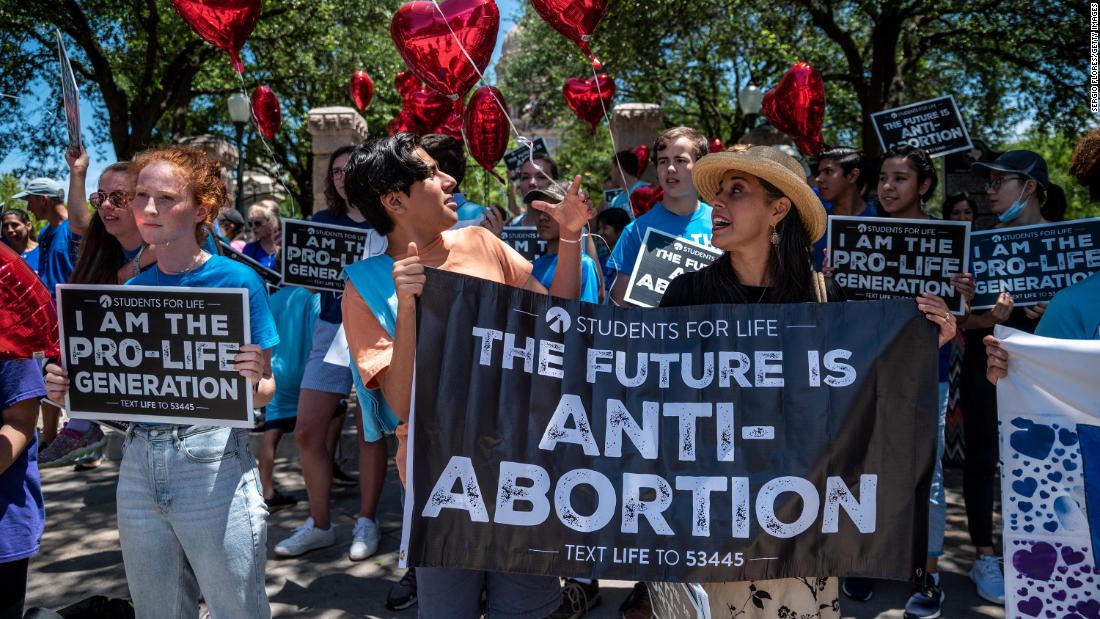 The same politicians who declare that mask requirements are an intolerable intrusion by government into sacrosanct individual freedom, have just imposed the country’s most restrictive abortion law since the Supreme Court made abortion legal in the landmark 1973 decision, Roe v. Wade.

The Texas law, SB8, went into effect because the US Supreme Court and a federal appeals court refused to stop it, even though it stands in clear violation of the current law. Until now, the courts had allowed some restrictions, generally banning late-term abortions, those happening beyond the stage where a fetus is viable, about 24 weeks in.

First, it bans abortions after only six weeks of pregnancy. Six weeks into gestation, few women know they are pregnant. At six weeks, a woman is late for just one period. Professionals say 85% to 90% of abortions occur after that point. Some women may seek abortions earlier, perhaps after a rape or incest. The draconian Texas law, unlike most other laws that restrict abortion, also makes it illegal for women to terminate a pregnancy that came as the result of rape or incest. The only exception is for “medical emergencies.”
The second repugnant aspect of the Texas law is its system of enforcement, redolent of the methods used by the secret police in fascist regimes. Just like, for example, East Germany’s Stasi turned neighbor against neighbor, making spies of its citizens and creating criminals out of everyday people, this law relies on snitching and on turning perfectly normal behavior into punishable offenses.
The legislation dictates that any private citizen can file a lawsuit against a health care provider or any person they believe aided and abetted an abortion, and it creates a system of veritable bounties for successful civil lawsuits, with a minimum potential payout of $10,000 in damages, plus legal fees for the informants.

To aid and abet an abortion, someone could do as little as drive a pregnant woman to a doctor. The law could mobilize battalions of abortion “bounty hunters.”

The idea is so corrosive, so poisonous, that one can see it spawning all manner of vindictive actions. Anyone can turn anyone in. Emotional and financial harassment of abortion providers is all but assured, but there’s also room for frivolous assaults driven by completely unrelated motives.

As President Joe Biden noted, the law “blatantly violates” rights established decades ago, and will have a significant impact not only on women, particularly minority women.
The effect begins immediately, even if the law’s long-term prospects are unclear. The Supreme Court will hear a major abortion case this fall.
Anti-abortion groups are delighted, of course. One organization already set up a website for anonymous whistleblowers to start turning in anyone they suspect of breaking the law. Opponents of the law responded in kind, targeting the website with phony entries, hoping to flood it with useless material.
The unique approach, making private citizens instead of the government a key element of the law, was a tactical move that experts say makes it more difficult for the courts to overturn it. But it does nothing to conceal the fact that the government in Texas is telling women what to do with their bodies.

Such an invasive action by government into one of the most personal decisions a citizen can make is particularly jarring in the middle of a pandemic — during which many of the same people promoting this law have rejected out of hand the government’s right to interfere in their lives.

Texas Gov. Greg Abbott, who signed the bill into law and is the state’s top Republican official, has issued executive orders banning any mandates related to the coronavirus. He declared his opposition to any restrictions to fight the virus. He solemnly proclaimed it’s “past the time for government mandates,” and “time for personal responsibility.”
In Texas, even private businesses are banned from requiring proof of vaccination from their customers, a crass violation of free-market principles. The state has banned public school systems from requiring face masks, a direct violation of the long-standing Republican tenet advocating local control of schools and other jurisdictions. In fact, no governmental entity, no matter how small, is permitted to issue vaccine or mask mandates. Covid has killed more than 57,000 people in Texas.

The governor and his GOP fans are pro-choice on masks and vaccines, and pro-life on abortion. They are for freedom and personal responsibility on masks, but against it on abortion.

The contradiction is revealing. There’s more than hypocrisy at work — although there is plenty of that. It is plain that Texas Republicans’ cries of “freedom” have little to do with freedom. And the devotion to “life” is not altogether about saving lives.

Many opponents of abortion are sincere about their beliefs. And some opponents of Covid restrictions genuinely believe government’s power should be more limited. But in the Venn diagram, those who fall in both categories, including Abbott and the bulk of Texas GOP politicians, there is something else at play: They are playing politics with people’s lives.