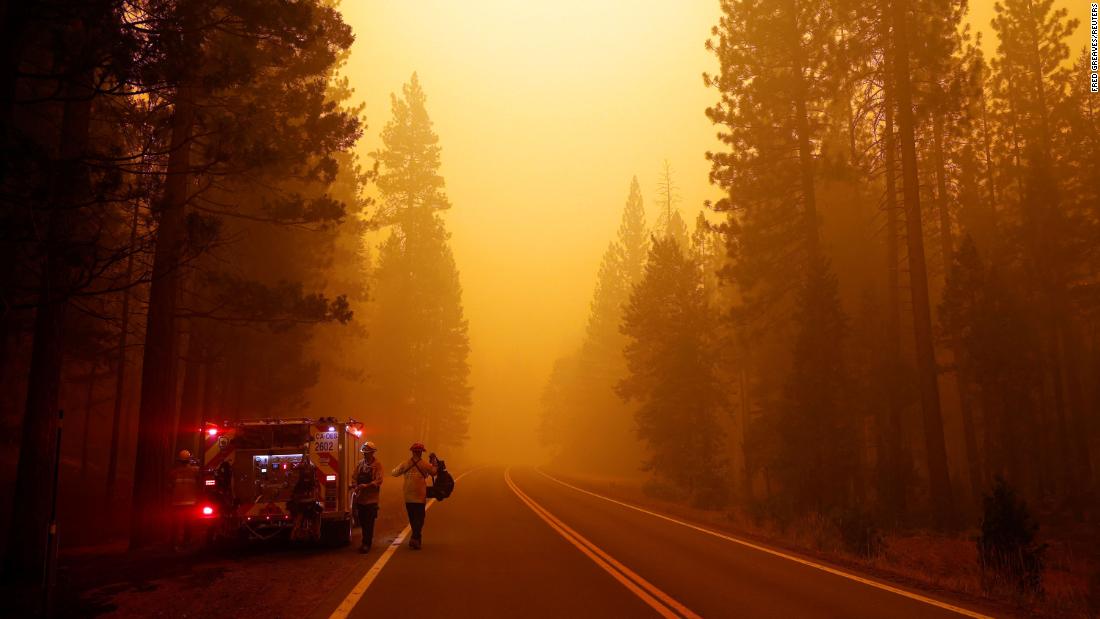 This isn’t breaking news. Smoke is now a quotidian feature of summer in the American West. These semi-apocalyptic scenarios — not just fires, but rising seas, floods, drought, extinction — will become a horrific “normal” unless governments move at breakneck speed to not just reduce but eliminate fossil fuel pollution in our lifetimes.

These numbers sound abstract, but they are the keys to how the world looks and feels for us and for future generations — the keys to whether New York is underwater or whether the Amazon dries up; to whether the West remains habitable and whether millions globally continue to die each year from fossil-fuel pollution. Climate change is a complex game of probability, but the underlying truth could not be clearer: We must stop burning fossil fuels — coal, oil, natural gas — as soon as possible. Less pollution equals less warming and less danger.

What’s new is that the global public is waking up to these dangers. We feel them in our day-to-day lives.

We also are smart enough to realize that this isn’t our fault.

For decades, fossil-fuel companies and politicians have pushed a false narrative that if we change our habits — drive electric cars, fly less, cut beef from our diets — that they won’t need to make wholesale changes to the economy. Individual actions matter in that they can reduce emissions, and they do connect each of us to a massive global crisis. All of that’s good. But, alone, it is nowhere near enough to battle the climate crisis on the scale that’s required.

The narrative must shift from one of individual responsibility — if I turn off this lightbulb, I’m saving the planet — to one of governmental and corporate accountability. In the United States, this means the voting public must force Congress to enact sweeping climate legislation. The Biden administration says it aims to make this country carbon-neutral by 2050, which is in line with what the science requires. Lawmakers will have to get us there, however, and to date they have not shown that they are willing (or able) to make the kinds of changes needed.

The United States must make significant legislative strides to signal its commitment to change in order to have any relevance at the international climate negotiations taking place later this year in Glasgow, Scotland. The current focus is a $3.5 trillion budget reconciliation bill that includes a Clean Electricity Standard, along with other strong climate provisions. Better still would be passing a national carbon tax that could make polluting far more expensive.
It does appear that most Americans understand the urgency here. An estimated 52% of Americans say that global warming should be a “high priority” for Congress and the president, according to a 2020 national survey from the Yale Program on Climate Change Communication.

More of us must join this struggle in ways that put institutional accountability ahead of individual behavior. Without more constant pressure from citizens, governments and corporations will continue doing what they have been for decades now — saying they support clean energy while continuing to spew deadly pollutants into the atmosphere.

It’s natural to step outside into wildfire smoke or record temperatures or extreme storms and think “this is hopeless.” It’s not hopeless. And it’s not your fault. Please try to banish those thoughts from your mind.

Instead, pressure your government to end the fossil fuel era. Depending on your politics, you could do that by joining national or local groups that are pushing for a carbon-neutral future. Read up on solutions like those assessed by the non-profit Project Drawdown. Write to or call your US senators and tell them that you vote on climate and expect them to do so as well.
This is a “code red” moment for humanity, as the UN secretary-general put it recently. It’s also a moment when humans can prove we’re capable of creating a safer and healthier future.