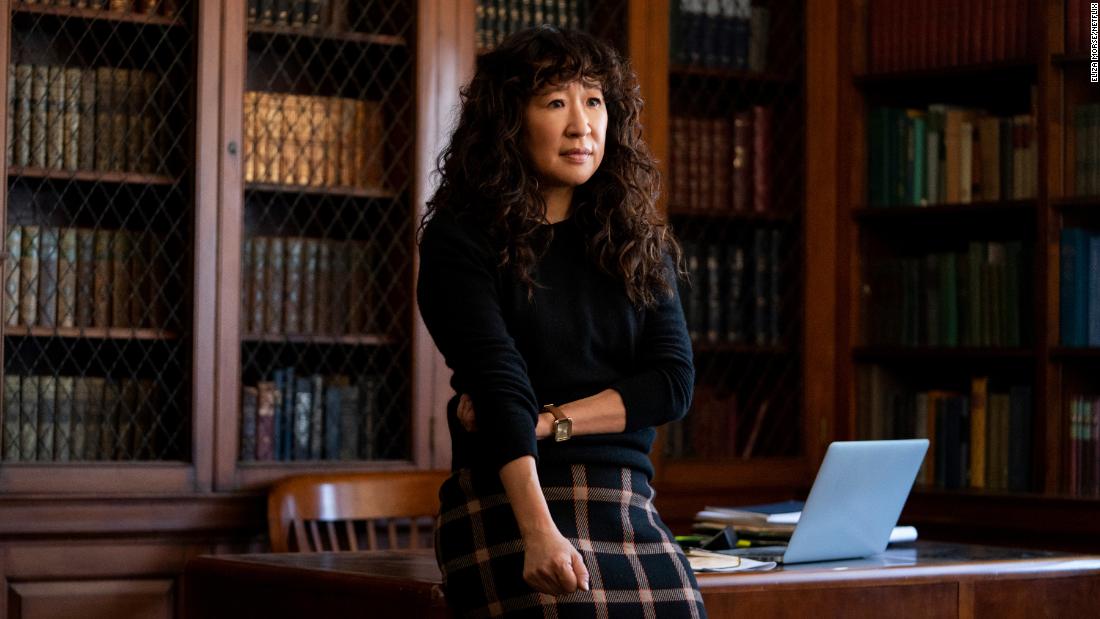 I always take my students through a chapter focused on Iola’s work experiences in the North, where she secures positions based on skill and demeanor but loses them when those around her reject or attack her because of her race. She then takes a job as an in-home nurse for a 15-year-old whose health improves so much that her father rewards Iola with a position in his store. On her first day, he tells his staff that Iola has “colored blood in her veins” and they can leave if they object to working with her.

On multiple occasions, I’ve listened as students tried to find reasons other than race-based malice that might explain the behavior against Iola; often they go on to make a hero of the store owner who intercedes on her behalf. There’s nothing in the text to suggest these interpretations, primarily because these characters are not fleshed out beyond this chapter. They’re tangential, meant only to illustrate the protagonist’s — Iola’s — experience.

The impulse to valorize a fictional character as a white savior is evident in popular culture, everywhere from Kevin Costner’s character in “Hidden Figures” to Sandra Bullock’s in “The Blind Side.” But the so-called “white savior” narrative isn’t the only reason my students insist on trying to see this chapter from the perspective of minor white characters — it’s something that runs even deeper.

The problem is that some of my students simply can’t see Iola as the protagonist in her own story. I don’t blame my students for this tendency. It simply highlights the intellectual work that I must help them do — and what I am up against as I try.

This has been on my mind as I’ve observed the emerging popularity of and critical discourse around the new Netflix show “The Chair.” Many critics and viewers seem obsessed with whether the series is a “realistic” depiction of life and work in the academy.

“The Chair,” which stars Sandra Oh as Ji-Yoon Kim, the first woman of color to chair the English Department at (fictional) Pembroke University, is deliberate in its positioning of Oh’s character as a protagonist. As the show has elicited a surge of response from viewers in academia and beyond — some negative, some overwhelmingly positive — I keep coming back to two related questions that share a common answer: Why can’t some of my students see things from Iola’s point of view, and why do some of the academics taking issue with “The Chair” seem so disappointed that it’s not “realistic”? Both reflect a refusal to make a female protagonist of color the center of her own story.

‘Ji-Yoon is a character, not a person’

A protagonist is a character whose dilemmas and choices drive the action because their development (or lack thereof) illuminates the truths about life that a story exists to convey. Some of my students struggled to treat a woman of color as a protagonist, one whose perspective is meant to be central to their understanding of what happens in the story. As “The Chair” reminded me, my students aren’t the only ones unable to do this.

Admittedly, “The Chair” plays up the absurdity of human interactions, especially those among people who take themselves too seriously — because it’s a comedy. However, using realism as the most important standard for judging art like this would be far more absurd. After all, these are characters, not real people. This is not a novel, but it’s also not a reality television show or documentary.

It’s worth mentioning that for many other viewers, particularly women of color in the academy, “The Chair” is resonating, strongly. Many identify with Oh’s character; others are admitting that they find “The Chair” “triggering.” Many identify with untenured professor Yaz McKay (Nana Mensah), another woman of color who must accommodate less productive colleagues because they have power and fragile egos.

Ji-Yoon Kim begins her time as chair intent upon bringing the department “into the twenty-first century” by supporting cutting-edge research and teaching that engages students who care about the world’s injustices. She is also at a precarious moment in her personal life, having sacrificed a serious romantic relationship and declined offers from other universities. Her undeniable affection for her one senior woman colleague, Joan Hambling (Holland Taylor), and for colleague, friend and love interest Bill Dobson (Jay Duplass) complicate her ability to take strictly professional, goal-oriented actions in her career.

“The Chair” presents Ji-Yoon in her flawed complexity rather than the one-dimensionality so many Asian American characters are forced to embody, generated by a legacy of yellowface depictions or stereotypes like the “lotus flower” and “dragon lady.” For one thing, her daughter Ju-Hee (Everly Carganilla) draws out thorny realities and vulnerabilities. Although extraordinarily accomplished, Ji-Yoon also yearned to be a mother so much that she jumped through countless hoops as an unmarried woman to adopt, only to wonder if she is failing in that role. Ji-Yoon’s daughter struggles to adjust at school because children tease her about being adopted, and she showers more affection on Bill than on her mother.

Because Ji-Yoon is a character, not a person, these details shed light on her motivations as a protagonist. They give context for how her insecurities, desires and fears shape her decisions — all of which shed light on how human lives are lived. Whether elements of her professional and personal life are “realistic” misses the point; what matters is that they are true to her character.

Storytelling is tied to a very human interest in truths, and I think this is why it is so tempting to treat one’s visceral reactions like informed cultural criticism. When a creative work elicits emotion, it is because it has hit upon a truth. Art does this not simply with verisimilitude, though; art uses deliberately crafted elements to go beyond facts to evoke a sense of deeper truth.

Good art elicits intense emotion, whether audiences are honest about what sparks those feelings or not. The emotions I see flying around confirm how good “The Chair” is as a “workplace comedy about the lives of professors.”

Whether viewers are affiliated with higher education or not, the pull of human conflict, drama and truth here is irresistible. After all, “The Chair” has skillfully captured a workplace that everyone believes should be high-minded but is actually just as racist, sexist and petty as any other. It’s no wonder that despite the criticism from some quarters, “The Chair” is still one of Netflix’s most-watched offerings.

So: What would it mean for more viewers to understand and treat Ji-Yoon Kim like a protagonist? First of all, her perspective would take priority. Viewers would need to consider how she approaches the situations that emerge rather than making the purported realism of those situations more important.

Take, for instance, the plotline involving student protest. Bill’s classroom lecture on fascism and absurdism inspires a meme. Anger builds as it circulates, and students call for accountability. Ji-Yoon encourages Bill to apologize, but he insists this is an opportunity for dialogue and advertises an open forum on campus. It does not go as he expects, to say the least.

If we’re watching “The Chair” as Ji-Yoon’s story, the portrayal of activist students would exist to shed light on the pressure and complexity of the situation Ji-Yoon is facing as a woman of color in a position of authority, not as some have interpreted it — as a commentary on activist students in general. That is, Ji-Yoon experiences student activism as high-stakes and unwieldy precisely because she respects their principled stances — to the point that they intensify her suspicion that, despite her best efforts and intentions, she is not transforming the master’s house from the inside (shout out to Audre Lorde).
To operate as if the portrayal of student protesters matters more than how the portrayal illuminates something about Ji-Yoon is to give these characters the primacy — just as my students gave to Iola’s co-workers.

Watching the inability to treat a woman of color as a protagonist is especially frustrating because of how many people claim to want more diverse stories. So many of us say we value complex representations of people of color, but without some awareness of how easily we can fail to engage with such characters as protagonists, we kill the creative work and swear someone else wielded the knife.