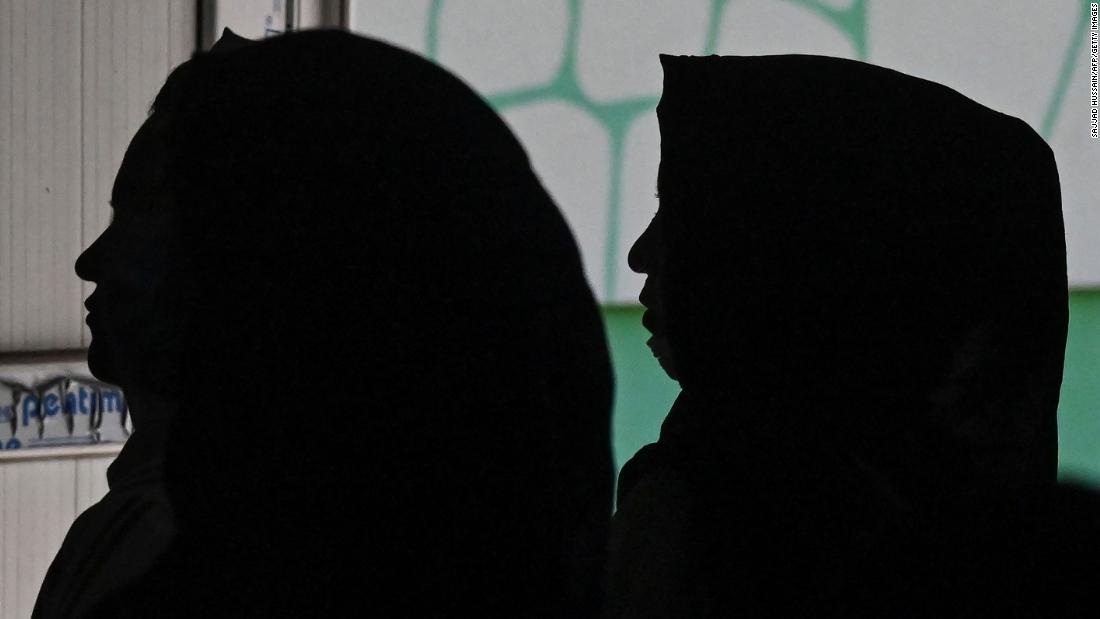 That means for all concerned with protecting the over 19 million women in Afghanistan from the Taliban’s brutal treatment of women, there’s no longer a US military option to do that. The best approach at this point is enlisting our Muslim allies such as Pakistan, Jordan and others to pressure the Taliban “Muslim to Muslim” to stop its oppression of women. Not only is it morally wrong — it’s an insult to Islam.
What the Taliban subjected women to when they ruled the nation from 1996 to 2001 may be worse than many remember. Amnesty International put it bluntly that women were brutally oppressed simply for “the ‘crime’ of being born a girl.” Under Taliban rule, women were banned from going to school, working, leaving the house without a male chaperone and, in essence, stripped of human self-determination simply because of their gender.
The penalties for violating the Taliban’s rules were barbaric, such as women being flogged for “showing an inch or two of skin under her full-body burqa, beaten for attempting to study, stoned to death if she was found guilty of adultery.” In sum, as Amnesty International noted, “Women were essentially invisible in public life, imprisoned in their home.”
After the Taliban was driven from power by US-led international forces in 2001, life for women vastly improved. In 2003, a new Constitution was adopted that enshrined women’s rights, schools for women were reopened, women were free to work and as of early 2021, 27% of the seats in nation’s parliament were held by women. Yet, still much more work needed to be done, given that much of the improvements for women were in the cities — not in rural areas — and domestic violence was still at epidemic levels.
The Taliban’s conquest of much of Afghanistan, however, means not only the end of hoping for more progress but a likely return to an era of brutal repression, True, in May, a Taliban spokesperson claimed that if they took control of Afghanistan, the militant group would enact rules “enabling women to contribute to the country in a peaceful and protected environment.” But in the areas that have already fallen under Taliban control, women are reportedly already like prisoners in their own home — just like the last time the Taliban ruled.

Why would Muslim nations like Pakistan, Jordan — or even Saudi Arabia — try to pressure the Taliban to respect the human rights of women? Well — and this may be too optimistic on my end — but the hope is that their leaders are as disgusted as I am — as a fellow Muslim — by the Taliban’s inhumane treatment women in the name of Islam. The Taliban’s actions toward women are not only un-Islamic, it’s an insult to our faith. They are bringing shame and dishonor to our religion.

For starters, Pakistan — which borders Afghanistan — has had a long relationship with the Taliban. In fact, Pakistan has faced the ire of past US administration’s for its support of the Taliban.
But look at Pakistan’s history when it comes to women: While not perfect, women in this Muslim nation of 240 million people serve as CEOs of major corporations, over 60% of the nation’s doctors are female and a woman even served as Prime Minister, with Benazir Bhutto being democratically elected twice to that role in 1988-90 and in 1993-96. Why would the leaders and people of Pakistan want to allow this horrific treatment of women in the name of Islam just across the border?
While Jordan doesn’t have ties to the Taliban like Pakistan, its leader King Abdullah is a descendant of the Prophet Muhammed and under his rule, women are a robust part of society. I’ve been to Jordan countless times and seen firsthand as women serve as heads of businesses, in the Parliament and as officers in the Jordanian military. The hope is that the King, as a leader in the Muslim world, can use his influence to attract other Muslim heads of state to join in using aid and sanctions to pressure the Taliban.
Then, there’s Saudi Arabia — which was only one of three countries that recognized the Taliban’s rule in the 1990s. While the Saudi government officially supported the Afghanistan government installed after the Taliban was removed, wealthy Saudis continued to fund the Taliban through the 2010s — allowing the Saudis to be on both sides.
While Saudi has had a horrible record when it comes to women’s right, in recent years they have even evolved for the better. Women are attending college in big numbers — both in Saudi and in the West funded by the government — now have increased career opportunities. Since 2015, women are running for local office, with some even winning. While Saudi has a long way to go on gender equality, it’s far better than the brutally repressive Taliban where women are, in essence, imprisoned at home, with no chance to even dream of a better life.
It’s true that within Islam there are varying interpretations of the Quran — just like people can interpret the Bible. But Islamic clerics make clear: “The Quran regards men and women as equals in the sight of God.” In fact, despite the Taliban’s ban on women attending school, the Quran “instructs Muslims to educate daughters as well as sons.” Even Saudi Arabia opened its universities to women in the mid-1970s. That, of course, doesn’t mean there isn’t still work to do for gender equality within Muslim countries (as there is in the United States), but the Taliban’s “interpretation” of the faith is beyond extreme; it’s a “perversion,” as experts have noted — and to claim it’s justified by the tenets of the faith are absolutely wrong. That’s why there are no other Muslim majority nations that impose the same harsh restrictions on women as the Taliban.

Of course, the West must also play a role by using economic aid and the threat of sanctions to pressure the Taliban. But with no military options left, the best hope may just be our Muslim allies pressuring the Taliban to stop it’s brutal and un-Islamic treatment of women.